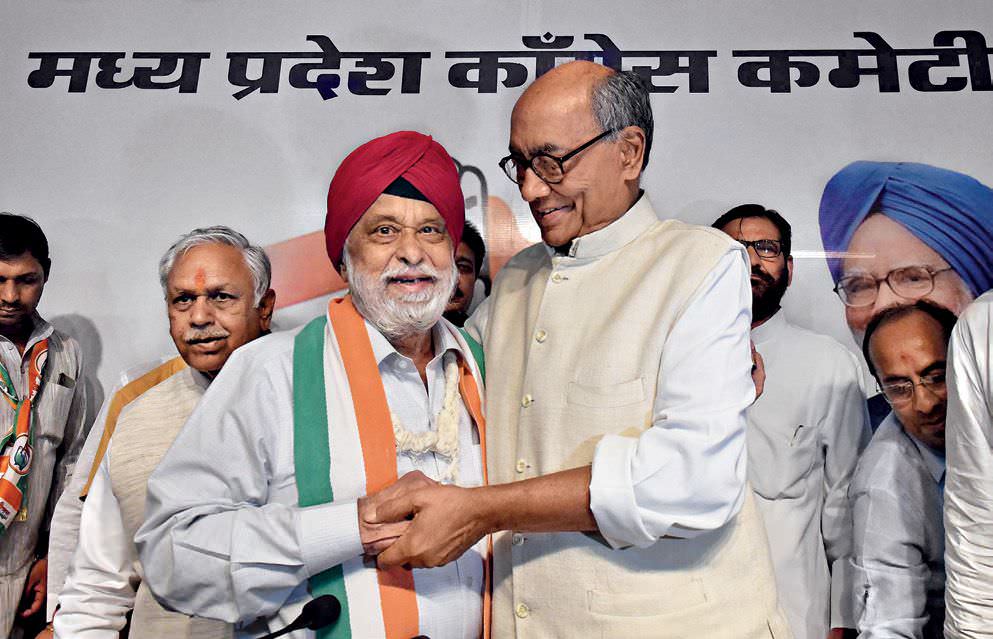 The BJP didn’t drop incumbents en masse as some expected, but has been hit by rebellion in its ranks anyway

In a straight contest between the BJP and Congress in the coming assembly polls, selecting the ‘right’ candidates has been a critical and fraught exercise for both parties. But no one expected the fallout and rebellion to reach such levels.

The BJP was the first to show its hand, announcing 176 out of the 230 candidates. And former chief minister and 10-term MLA Babulal Gaur was among the first to break ranks, announcing that he would contest as an independent, if denied a ticket. Daughter in-law and former Bhopal mayor Krishna soon followed suit. The party capitulated, and Krishna was given the ticket from Gaur stronghold Govindpura, bypassing Sangh favourites like Alok Sharma and Tapan Bhaumik. Former Union minister Sartaj Singh wasn’t that lucky. Denied a ticket, the Jan Sangh/ BJP leader of 58 years has now joined the Congress and is contesting against speaker Sitasaran Sharma in Hoshangabad.