The Migrant And The Moral Economy Of The Elite 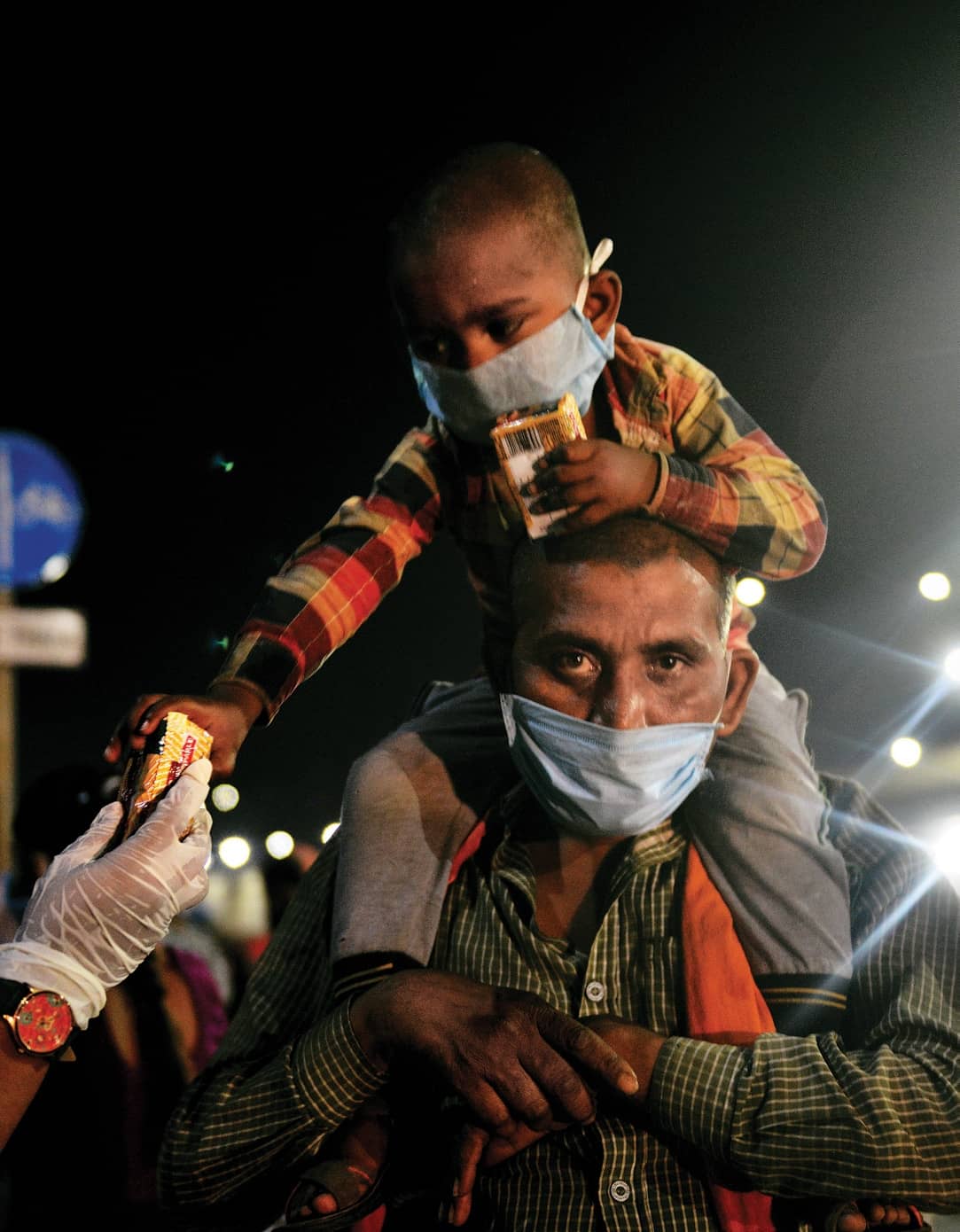 “The movement of individuals shall remain ‘strictly prohibited’ between 7 pm and 7 am except for essential activities…” —Ministry of Home Affairs circular, as reported by India today, May 17

The circular offered ‘relief for migrant workers by allowing inter-state movement of passenger vehicles and buses’ (IF two neighbouring states could agree on it). But said nothing about the millions voting with their feet on the highways.

Those curfew hours condemned them to walking between 7 am and 7 pm in the hottest phase of summer, with temperatures touching 47 degrees Celsius.

A month earlier, Jamlo, a 12-year-old Adivasi girl, working in the chilli fields of Telangana, set out on foot to reach her home in Chhattisgarh after the lockdown halted work and income. This child walked 140 km in three days, then fell dead of exhaustion, dehydration and muscle fatigue—60 km from her home. How many more Jamlos will such curfew orders create?

First, the prime minister’s March 24 announcement stoked panic, giving a nation of 1.3 billion human beings four hours to shut down. Migrant workers everywhere began their long march home. Next, those the police could not beat back into their urban ghettos, we intercepted at state borders. We sprayed people with disinfectant. Many went into ‘relief camps’—a relief for whom it is hard to say.

The Mumbai-Nashik highway seemed busier under lockdown than in normal times. People moved any way they could. Bimlesh Jaiswal, who lost one leg in an accident years ago, travelled 1,200 km from Panvel, Maharashtra, to Rewa, Madhya Pradesh, on a gearless scooter, with his wife and three-year-old daughter. “Who shuts down a country with a four-hour notice?” he asks. Come on Bimlesh, you know the answer to that one.

Meanwhile, we said: “Hey, we’ll organise trains everywhere and send you guys home.” We did—and demanded full fare from hungry, desperate people. Then we cancelled some of those trains, as builders and other lobbies needed to stop their captive labour from fleeing. Those and other controversies dangerously delayed the launch of large-scale train services. On May 28, the government told the Supreme Court of India that 9.1 million labourers have been shifted to their native places since the Shramik Special trains started on May 1. And the fares, the Solicitor General told the court—in some cases the originating state would pay, in some cases the receiving state. (No contribution here from the Centre.)

It gives you a glimpse—but only a glimpse—of the scale of what is going on. We do not know how many millions more are trying register for travel on those trains. We do not know how many millions are on the highways. We do know they desperately want to go home. And we know there are powerful lobbies that don’t want that and, in fact, feel the need to restrain and discipline that labour. Several states extended working hours to 12, including three BJPruled ones that did not mandate overtime for the additional hours. A slew of labour laws were suspended—for three years, by some states.

As on April 12, the government told us 1.4 million people were in relief camps across India. Double the number in such camps on March 31. Those thronging ‘food camps’— community kitchens, NGO efforts, the like—numbered 13 million on April 12. More than five times the March 31 figure. And all these numbers measured but a fragment of the full scale of the disaster. As of today, it still appears that ordinary people, individuals, communities, neighbourhoods, activist groups, non-profits, charitable organisations and the migrants themselves, could be spending more money on fighting the crisis than the central government is. Their concern is surely more genuine.

Between March 19 and May 12, Prime Minister Narendra Modi addressed the nation five times on television. He called on us to bang pots and pans, light diyas, shower flower petals to honour the ’frontline warriors’ against COVID-19. Only in the fifth speech did he mention labourers at all. ‘Migrant labourers’—just once. Go figure.