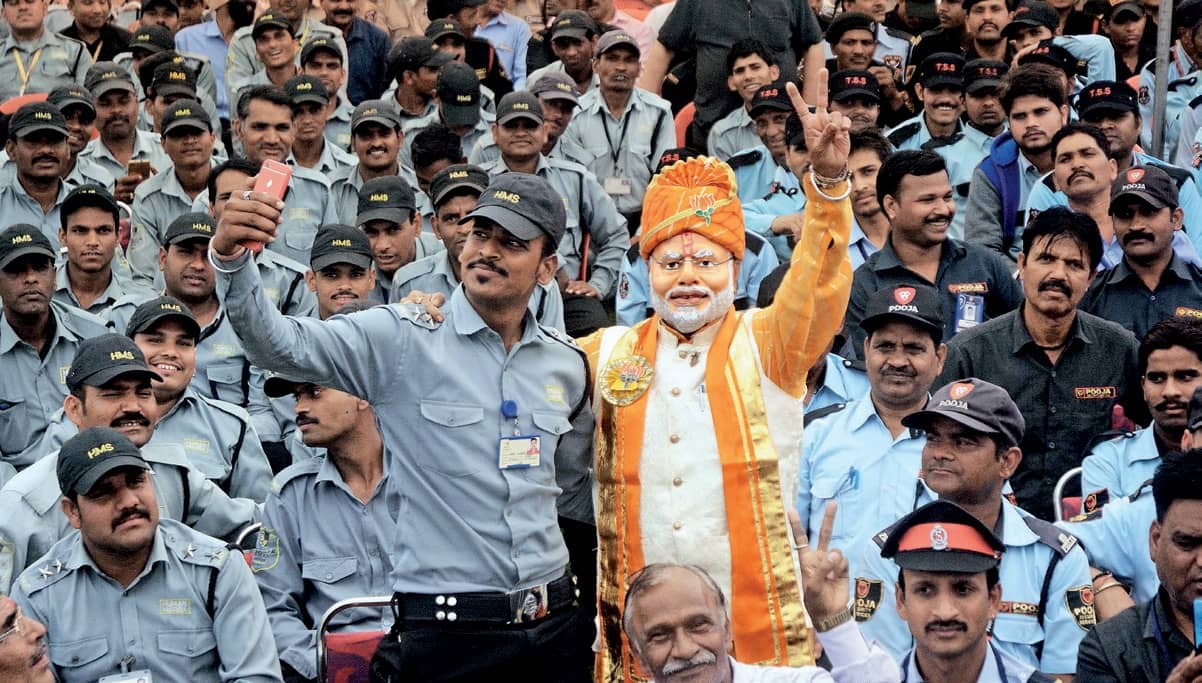 Is The Watchman Honest Or Corrupt? In The War Of Bjp And Congress Narratives Lies A Powerful, Election Defining Theme

A fan dressed as Narendra Modi poses with security guards at a BJP event in Indore on March 24 On the morning of March 14, the communications team at the Prime Minister’s Office got a call from the boss. Prime Minister Narendra Modi had an idea. He wanted to turn the ‘Chowkidar chor hai’ pitch of the Congress on its head. Modi the challenger had given himself the tag in a campaign humblebrag in 2014, promising voters he would neither take bribes nor allow others to do so. ‘Chowkidar chor hai’ was a direct attack on that promise by Congress president Rahul Gandhi as he alleged crony capitalism and corruption in the Rafale jet deal. Now, with elections just weeks away, a nationwide ‘Main bhi chowkidar’ campaign was going to be the PM’s retort. Moments after the PM added ‘Chowkidar’ before his name, his cabinet colleagues Arun Jaitley, Sushma Swaraj,

Nirmala Sitharaman, Rajnath Singh and dozens of other ministers adopted the prefix. In the first fortnight, an estimated two million Indians followed suit. Then there were the songs and ads. The ‘Main bhi chowkidar’ campaign had taken a life of its own.

The comeback was vintage Narendra Modi, a master communicator who knows how to turn adversity into opportunity, from the 2007 ‘Maut ka saudagar’ remark by Sonia Gandhi, which many say cost Congress the state election, to Modi’s 2014 embrace of Congress leader Mani Shankar Aiyar’s ‘chaiwala’ jibe, which Modi turned into a participative ‘Chai pe charcha’ campaign where he proudly held out his everyman credentials.

After becoming the prime minister, Modi started the father-daughter selfie campaign in 2015 as part of the ‘Beti Bachao, Beti Padhao’ campaign. It was a huge social media success. The current chowkidar campaign is of a piece with the PM’s espousal of transformation and transparency, and of his being a man of the masses.