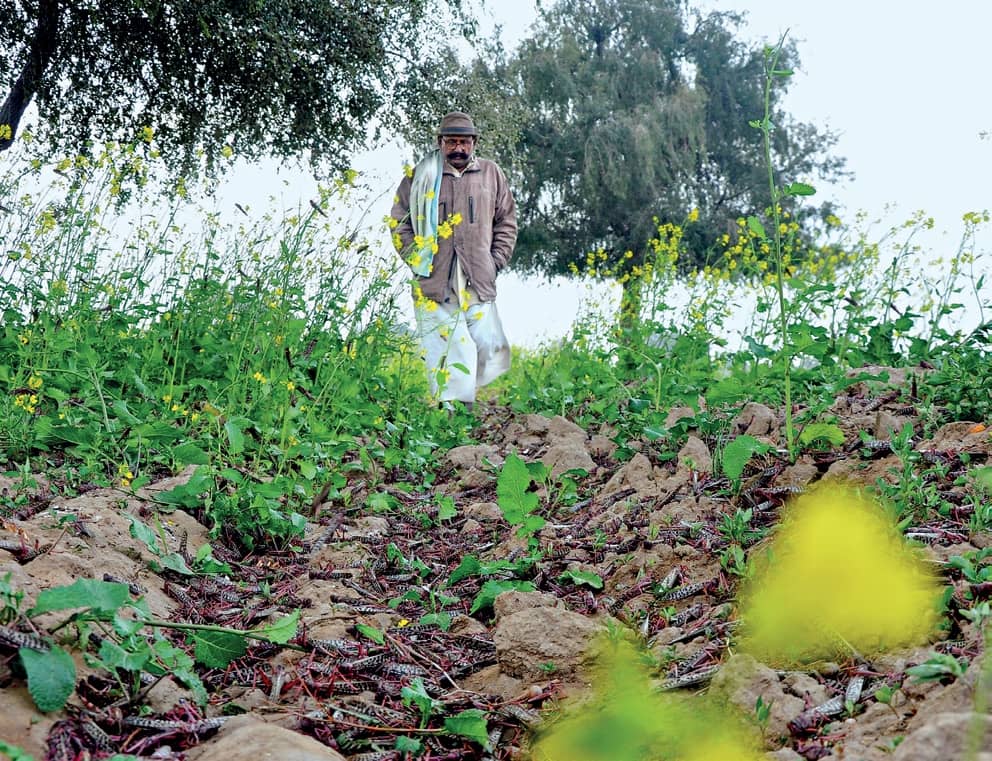 On February 7, Union minister for agriculture Narendra Singh Tomar informed the Rajya Sabha that almost 170,000 hectares of crop in Rajasthan and Gujarat had been damaged by locust swarms in the past few months, with about 80 per cent of the damage reported from Rajasthan. As much as 88 per cent of affected land saw crop loss of 33 per cent or more, with almost 135,000 hectares in Rajasthan sustaining severe damage.

Although this problem has been months in the making, its arrival in India seems to have caught officials unprepared. Locust swarms were first reported as migrating east from Yemen, Saudi Arabia and southwest Iran as early as January 2019, with early reports of their arrival in India in May. Nonetheless, the central and state governments spent the past two months passing the buck before settling on blaming Pakistan for not issuing warnings early enough. However, a bulletin published by the United Nations’ Food and Agriculture Organization on December 18 last year warned that swarms of adult locusts were expected to soon arrive in India from southwest Pakistan.