THE DUBIOUS HIGHS OF TINSELTOWN 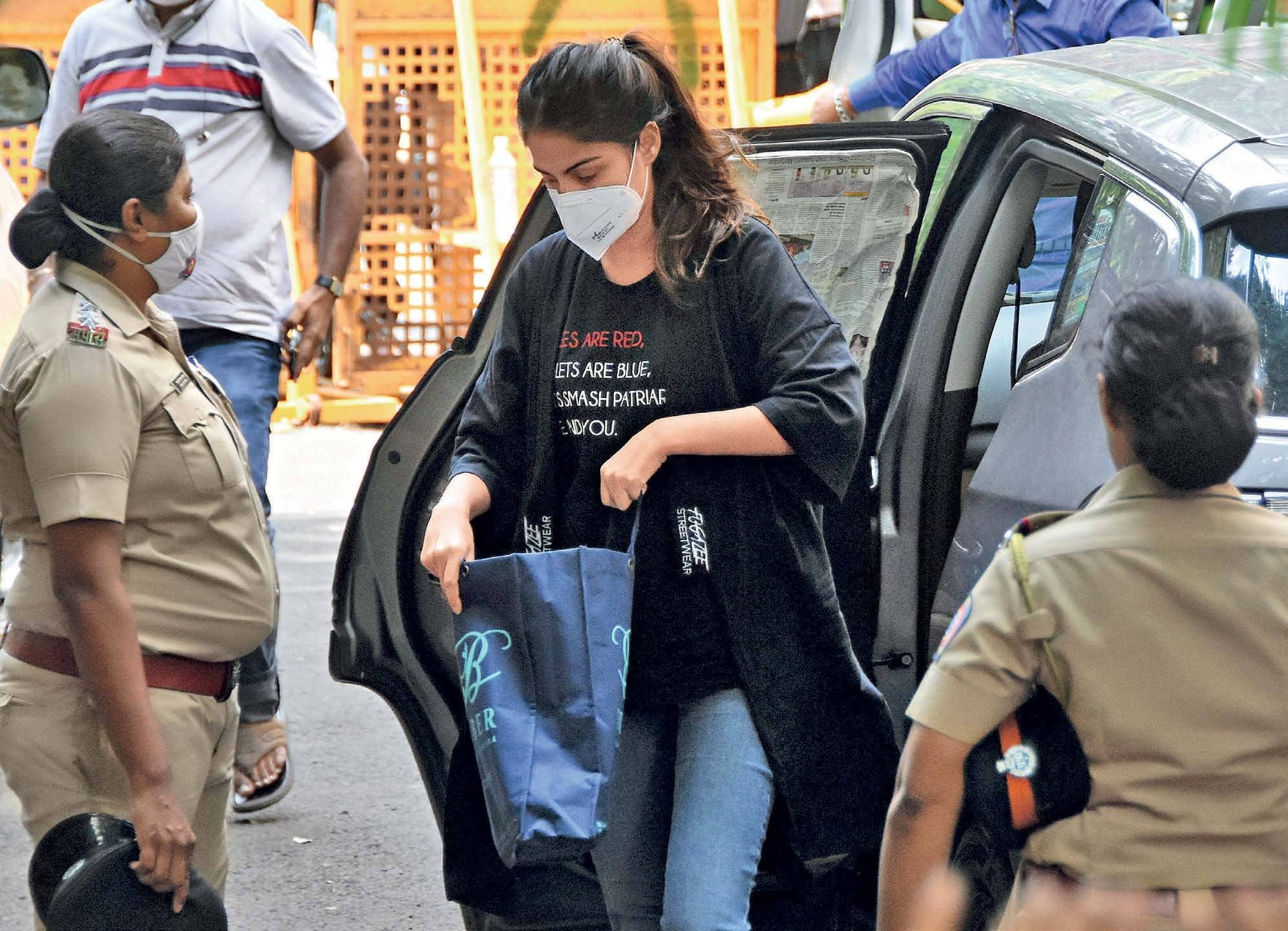 Sushant Singh Rajput’s death has opened a Pandora’s box for Bollywood. The NCB is likely to launch a crackdown on the industry’s drug nexus soon

Arrests have finally been made in connection with Sushant Singh Rajput’s death—a case that has both consumed and divided the nation. It has been three months since the actor was found dead in his room on June 14. Sushant’s girlfriend Rhea Chakraborty was arrested on September 8, but not for the alleged abetment to suicide or money laundering. The Narcotics Control Bureau (NCB) arrested the actress for the procurement of drugs and managing transactions related to it. However, the actress has denied using the drugs herself, and the NCB found none in her possession. In her statement to the NCB and the Central Bureau of Investigation (CBI), Rhea reportedly admitted that she administered drugs to Sushant but on his insistence and said the actor ignored all her attempts to dissuade him. “Whatever I did was for Sushant only,” a weeping Rhea told the NCB officers while recording her statement. In an application for bail, Rhea’s lawyer Satish Maneshinde has claimed she was coerced into making self-incriminatory confessions. “Multiple male officers of the NCB interrogated her. Not a single lady officer interrogated her.”

The NCB, probing the drug angle under criminal sections of the Narcotic Drugs and Psychotropic Substances (Amendment) Act, or NDPS, 1985, has been swift in taking action. This was after the Enforcement Directorate (ED) shared a report following the cloning of two of Rhea’s mobile phones which suggested that she was part of WhatsApp groups where the purchase of drugs was discussed. The agency, though, has thus far been successful in recovering only 59 grams of marijuana and five grams of a dark brown substance purported to be hashish/ charas from three of the suspects. It was proof enough for the NCB to show her as “an active member of the drug syndicate connected with drug suppliers”.

The use of drugs by those in the film industry is an open secret. Very few talk about it. Unless, of course, you are Kangana Ranaut who has claimed on Twitter that “99% superstars have been exposed to hard drugs and I guarantee this”. For the moment though, Ranaut is in the line of fire herself after a 2016 interview of her former boyfriend Adhyayan Suman resurfaced in which he alleges that Ranaut in 2008 had asked him do cocaine during her birthday party. In the video, Suman says he refused cocaine but had “hash with her on four to five occasions”. The Mumbai police will now investigate any drug links that Ranaut might have.