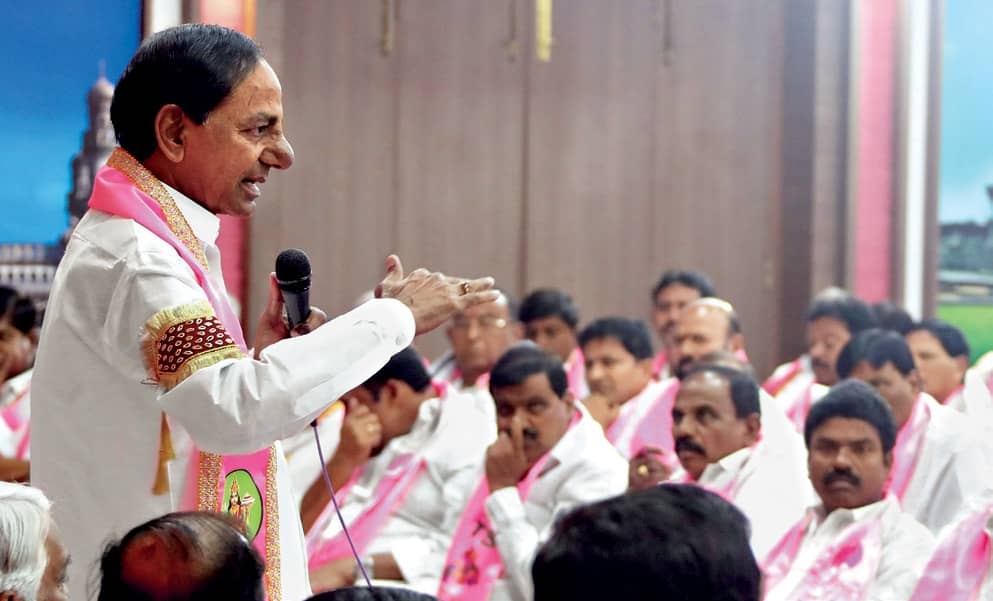 Buoyed by the Telangana Rashtra Samithi’s (TRS) superlative performance in the December 2018 state election—it won 88 of the state’s 119 seats—TRS su­ premo and chief minister K. Chandrasekhara Rao, or KCR, was perhaps justified in claiming his party would sweep all 17 seats in the Lok Sabha election. As it turned out, the party managed nine of 17 seats, two of them by a very low margin. While the BJP stormed TRS citadels in north Telan­ gana, winning a record four Lok Sabha seats, the Congress consolidated its position, edging out the TRS in three seats, and only narrowly losing two more.

Worse still, the TRS vote share declined from 46.9 per cent five months ago to 41.3 per cent in May. The party led in just 66 of the 119 assembly segments, with the youth, farmers and government employees turning away from it.