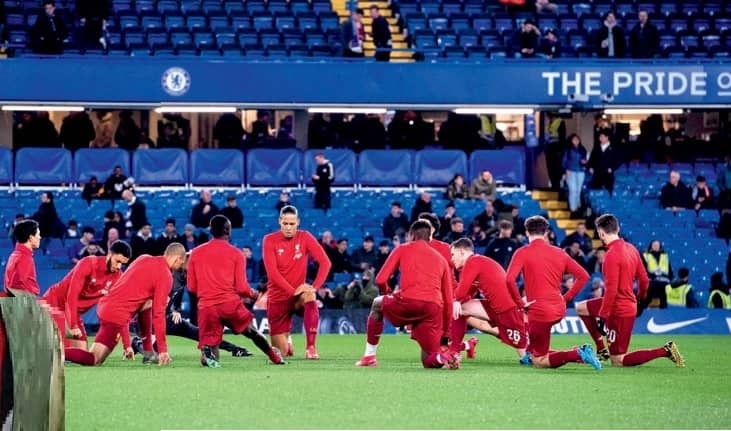 THE ABSENCE OF FANS HAS ROBBED FOOTBALL OF ITS HUMAN SPECTACLE, BUT FOR WHAT IT’S WORTH, THE GAME MUST GO ON

After hunkering down for three months, the major football leagues around Europe have emerged blinking into the sunlight, rubbing the sleep out of their eyes to find that everyone’s disappeared. The stadiums are empty, but we, outside Europe, watch the games as we always did—on TV, knowing that we’re both parts of the problem and the solution.

The marketing behemoth of European football is the English Premier League, which returned on June 17 and will be showing a game every single day for several weeks. The Premier League commands the biggest global TV audiences and its teams are supported, often fanatically, from as far afield as Lagos and Bengaluru, Bangkok, and Riyadh. Only Real Madrid and Barcel a, Liverpool. The latter are champions-elect, going into the coronavirus-induced hiatus an unprecedented 25 points clear of Manchester City and requiring only two wins from their remaining nine matches to seal the title. Indeed, by the time you read this, Liverpool may already be English champions for the first time in 30 years.