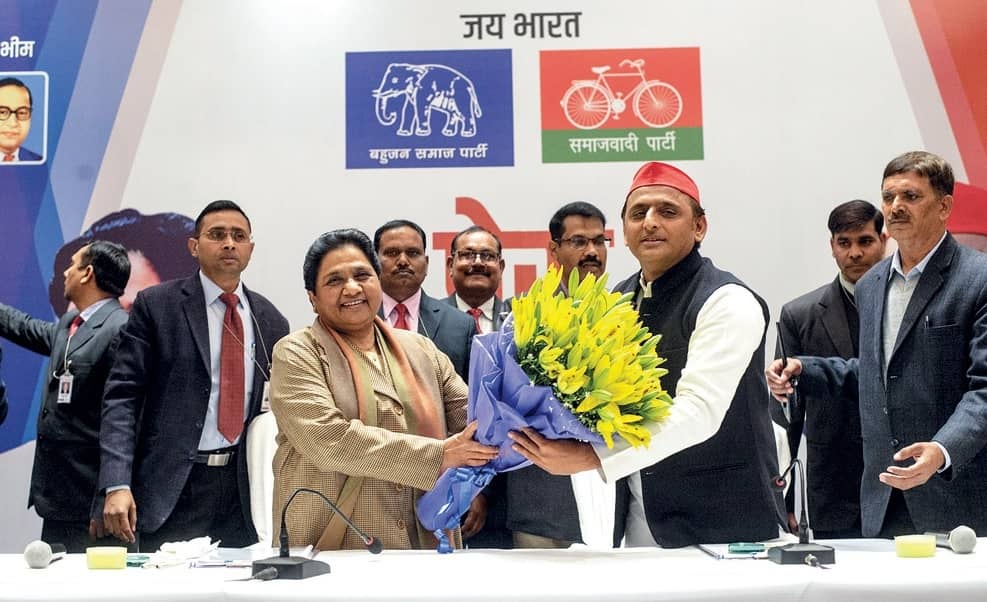 The SP and BSP sank their differences to form an alliance the BJP will find hard to beat; the Congress has been left to figure out next moves.

Every crossing in Lucknow was swathed in red and blue hoardings bearing pictures of Akhilesh Yadav and Mayawati on January 12, the day the Samajwadi Party (SP) and the Bahujan Samaj Party (BSP) announced their decision to ally ahead of the Lok Sabha election. Addressing a joint press conference with Akhilesh, Mayawati declared that her party had “decided to ally with the SP in the national interest”. Both decided to contest 38 seats each, leaving two constituencies for the Congress and two for other allies.

An earlier SP-BSP alliance in 1993 had ended in two years when the BSP withdrew support. Amid increasing bitterness, SP workers had attacked Mayawati in Lucknow’s VIP Guesthouse in 1995. The incident turned the allies into arch enemies. Twice mentioning the ‘guesthouse incident’ at the January 12 press conference, Mayawati reiterated that this alliance was in the interest of the nation.