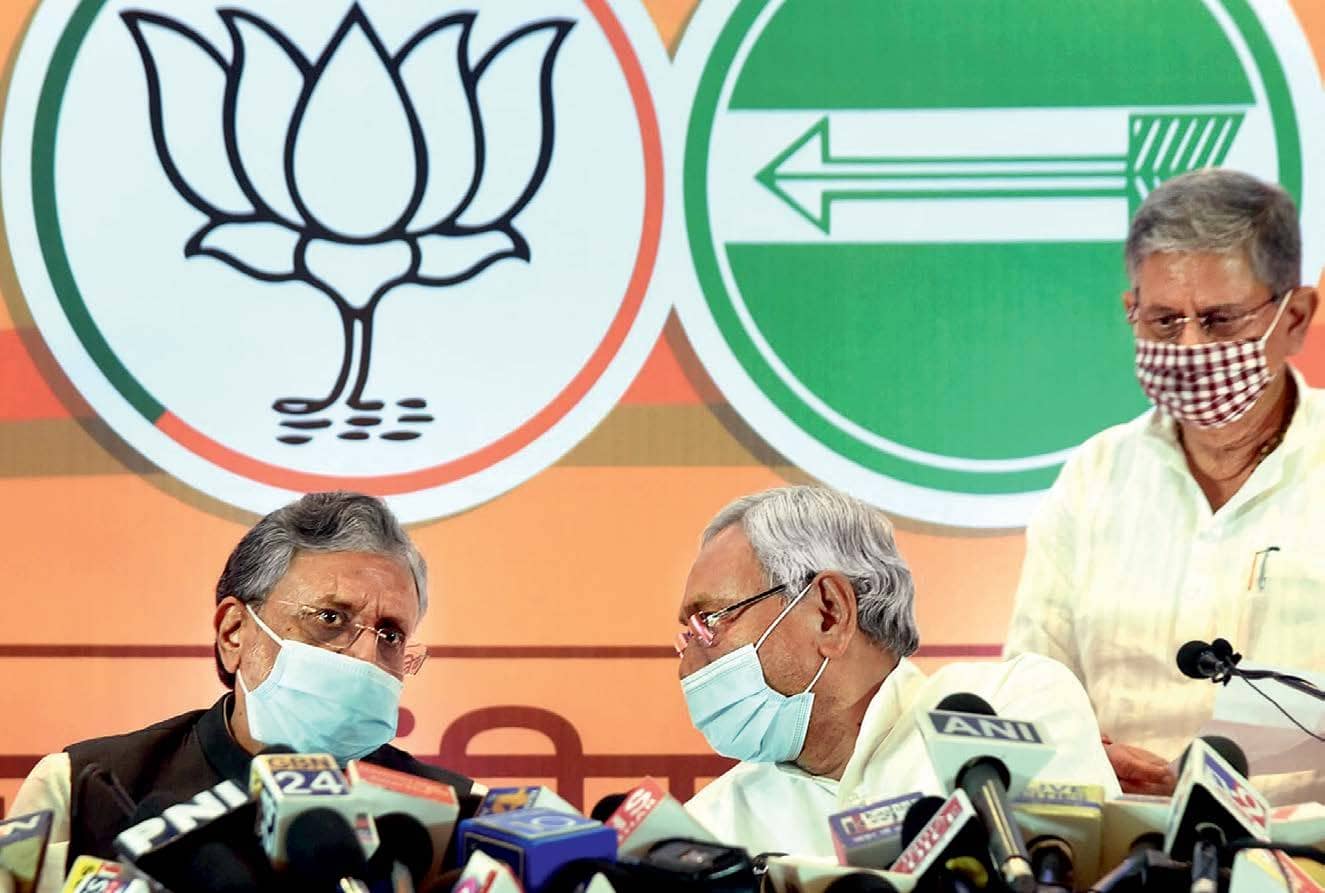 Their speeches were more significant for what was left unsaid. In the run-up to the election, Lok Janshakti Party (LJP) president Chirag Paswan— an NDA (National Democratic Allia nce) ally—has had Nitish Kumar’s JD(U) (Janata Dal United) in the crosshairs, even targeting his ‘Saat Nishchay’ pitch and canvassing for his own ‘Bihar First, Bihari First’ campaign. Nonetheless, neither Jaiswal nor Nadda mentioned him by name, and while their support for Nitish was categorical, political watchers are reading between the lines and finding this ambivalence a giveaway of their tacit approval of Chirag’s manoeuvres.

State BJP members say this might have been in deference to the passing of Chirag’s father Ram Vilas Paswan, who died on October 8, or perhaps to communicate through their silence that the new LJP chief was not important enough to publicly censure. However, JD(U) leaders say that by not making their stand clear, the BJP has allowed Paswan to damage the perception of unity in the NDA. They also say that with the assembly election just weeks away—it is to be held in three phases, on October 28, November 3 and November 7—the studied silence suggests the BJP is keeping its options open for post-election negotiations.