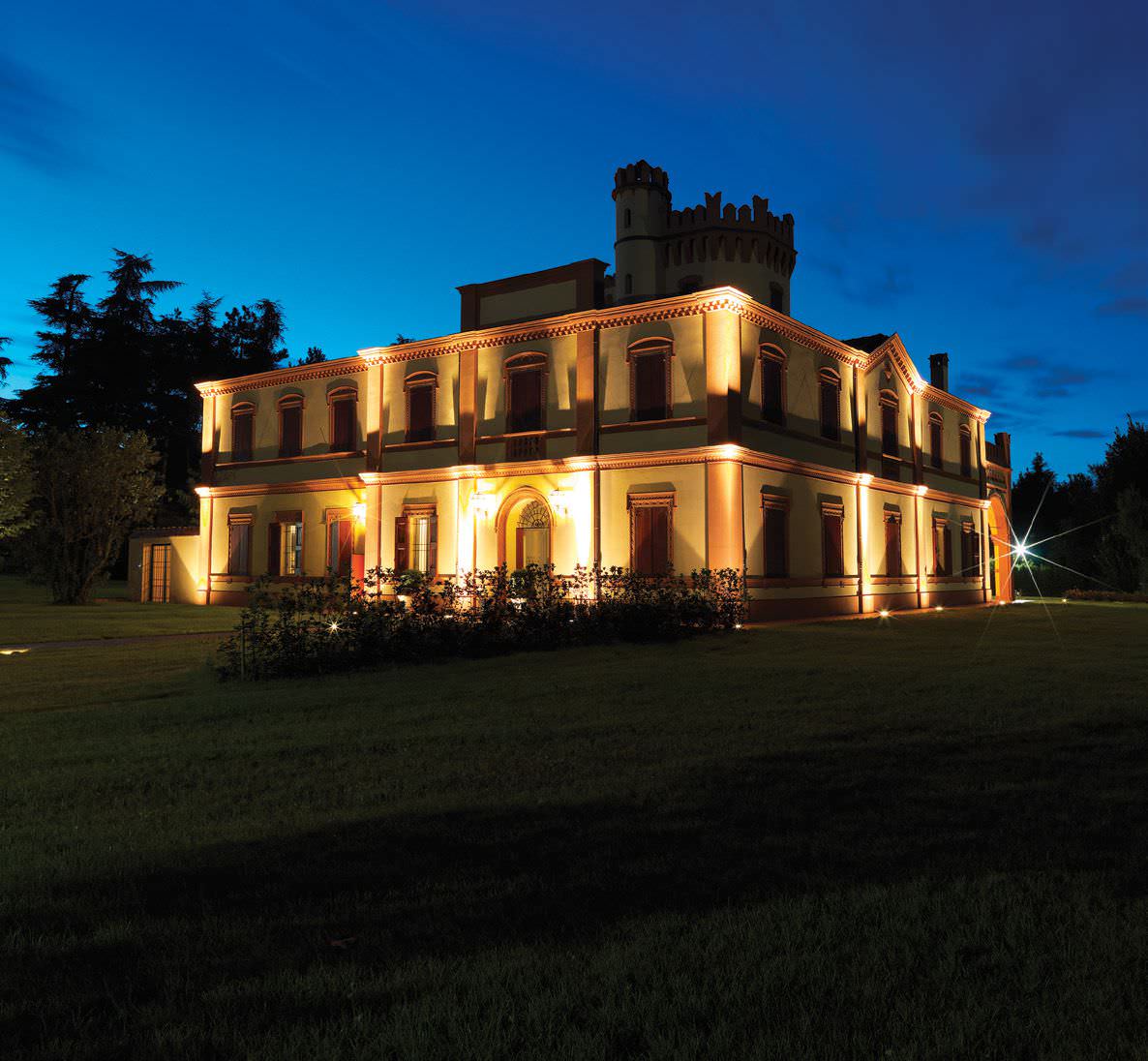 Can the beauty of traditional architecture be enhanced by the aesthetics of contemporary design? This villa in Italy, whose history dates back to the 1850s proves that it can.

Villa Altopiano in Italy was built in 1850 and has been inhabited by a number of families over the decades. In the 1950s, it was bought and lived in by a Bolognese familye who stayed there for around 20 years. It later became the headquarters of the club that oversaw all the villas in the area. The club was closed in 1990 and the house sold to a holding company that let it fall into a state of ruin, which continued until I bought it in 2009-2010. The restoration work took three years. Using old documents, we were able to return it to its original splendour by restoring the frescoes, windows, gables and battlements. We decorated using yellow and orange, the same colours used in the 1800s—these colours were typical of the architecture of the big palazzos in Bologna and the surrounding province in that era.