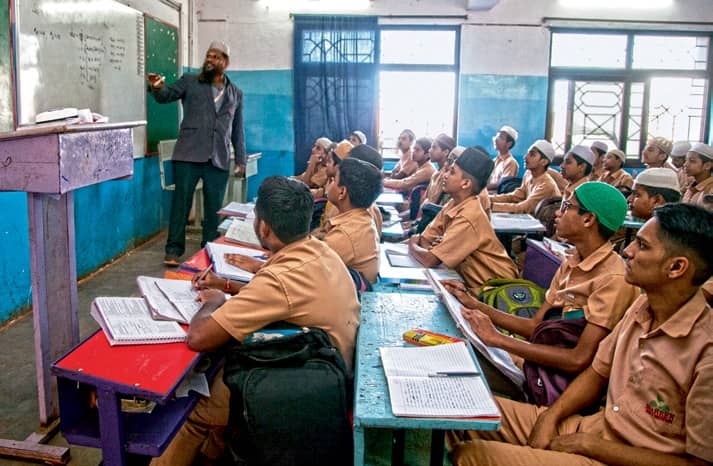 In a real-life drama that beggars belief, a classroom play has become grounds for sedition

There seems to be no end to the Kafkaesque nightmare a small school skit has triggered in Bidar, Karnataka. It was meant to be an in-house performance, but a proud parent, Muhammad Yousuf Raheem, decided to stream it on Facebook. Local BJP activist Nilesh Rakshyal took note, and lodged a police complaint stating that children were being instigated into uttering unpatriotic words, hurling abuses at Prime Minister Narendra Modi and being trained to say that if the Citizenship Amendment Act (CAA), the National Population Register (NPR) and the National Register of Citizens (NRC) came into force, Muslims would have to leave the country.

The police, of course, wasted no time acting on the complaint. Storming into the school (whose spacious facilities on the five-acre campus they have regularly used for hosting police programmes), a posse of policemen, some in uniform, tried to identify the students who had participated in the play as well as 85 others who watched it. This went on for five days and many children stopped coming to school for fear of being questioned by the police. Never mind that the Karnataka State Commission for Protection of Child Rights pulled up the police for violating the norms of the Juvenile Justice Act and asked them to stop questioning the children. “When the children were being questioned, their parents or guardians should have been present and the police should not have gone in uniform,” says the commission’s chairman, Antony Sebastian, also a juvenile justice advocate.