LIMPING BACK TO LIFE 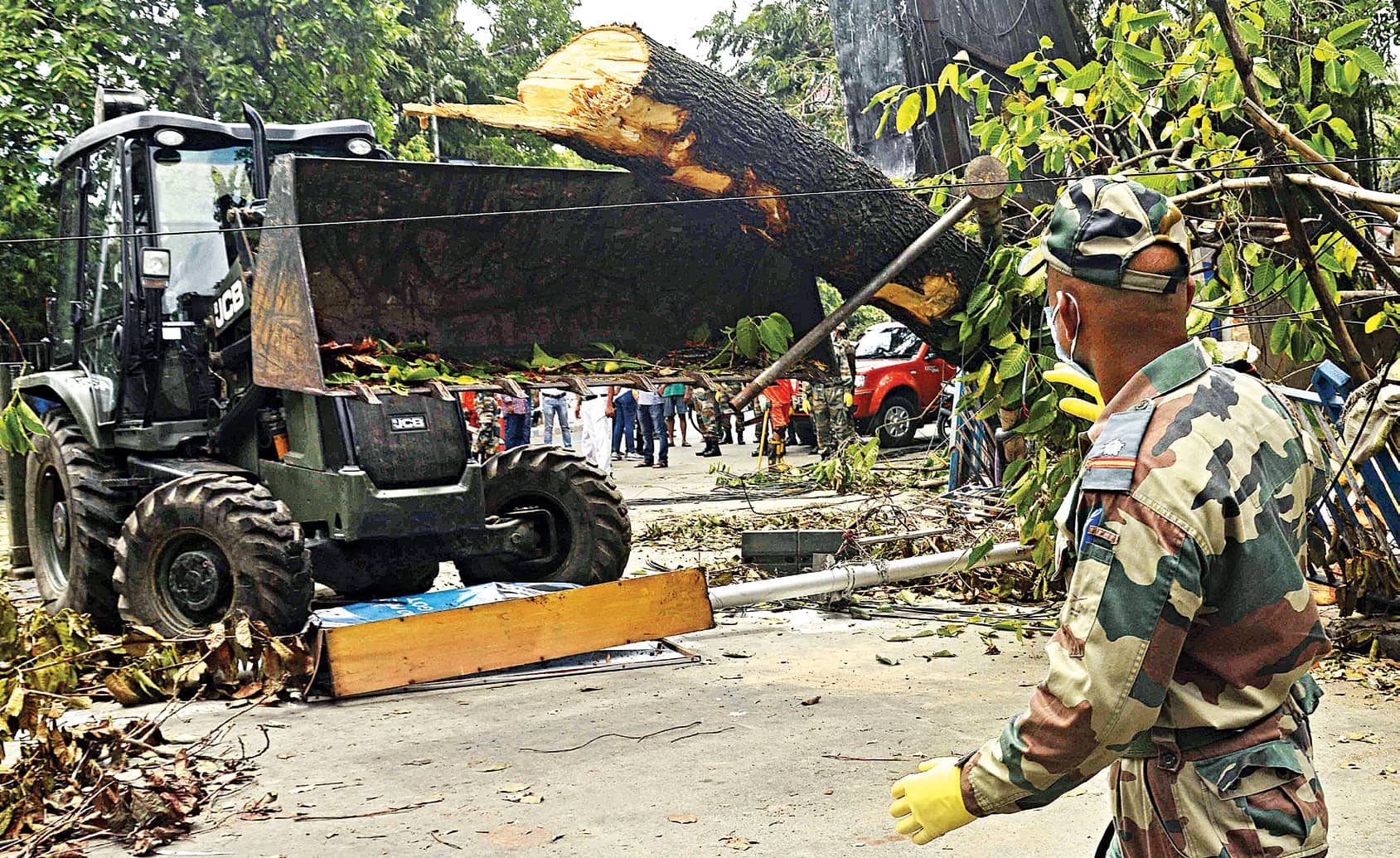 On the afternoon of May 20, Cyclone Amphan made landfall in West Bengal. By 5.30 pm, it was 70 kilometres south of Kolkata. By the time it crossed over into Bangladesh that night, it had carved a trail of destruction through the south and north-eastern parts of the state, lashing as many as eight districts with driving rain and gale-force winds of 110-165 kmph. In a terse press release issued earlier that day, the Union ministry of earth sciences had said it expected significant damage, including the total destruction of thatched houses and huts in the cyclone’s path, major damage to roadways, power and communications equipment and widespread damage to standing crops, plantations and orchards. Sadly, this was one of those times the weatherman got it dead right.

On May 21, Chief Minister Mamata Banerjee said that “nearly 99 per cent of South 24 Parganas has been wiped out”. Three other districts—North 24 Parganas, Kolkata and Purba Medinipur—also suffered heavy damage, with Howrah and Hooghly badly affected as well. On May 22, in a presentation to Prime Minister Narendra Modi, chief secretary Rajiva Sinha estimated that over 1 million huts had been destroyed, with perhaps 10 million farmers and fishermen severely hit. While detailed information is not yet available, the Banerjee government has estimated the economic toll at Rs 1 lakh crore.

While the death toll was significant—86 people lost their lives in the state—things could have been much worse. Many have compared Cyclone Amphan to the Great Bengal Cyclone of 1737, which killed 300,000 people, according to some estimates. Before Amphan struck, the state government, with NDRF (National Disaster Response Force) assistance, had evacuated more than 500,000 people from at-risk areas. The challenge now is to ensure that repair and rehabilitation take place as fast as possible to prevent the toll from rising further.

The first step is an accurate estimate of the damage. On May 22, Prime Minister Modi refused to accept the state’s estimate of Rs 1 lakh crore, saying that chief secretary Sinha’s presentation did not substantiate that number—which is perhaps why the initial relief grant from the Centre was just Rs 1,000 crore. On May 24, Banerjee reportedly told officials to prepare comprehensive reports—for instance, telling South 24 Parganas district magistrate P. Ulaganathan to “make a detailed report to the Central teams when they come for damage assessment”. She has also demanded that repair work begin on a war footing, telling the district administration to prioritise reconstruction of the 1 million homes that have been destroyed.

A CITY IN DARKNESS

The situation in Kolkata is a microcosm of the crisis across the state. In the capital, the cyclone uprooted over 5,000 trees and several thousand electricity poles, snapping communications and power lines and turning the flooded streets into literal death traps. Of the 19 deaths reported from Kolkata so far, many were the result of electrocution. Worse, the slow pace of recovery—in part because of the limitations imposed by COVID-19—has led to widespread anger.