The Cold War In Ladakh

As the India-China standoff near winter, the armed forces ramp up abilities to sustain themselves through it. Who will win the game of logistics?

Inside the belly of this US-built chopper are neatly packed cardboard cartons of high-altitude clothing, winter boots, canned tuna in oil and special chocolate milk that ground crew has offloaded from another American workhorse, a Boeing C-17 heavy lifter that flew in from Chandigarh. The recipients—thousands of Indian soldiers parcelled out on posts along the Line of Actual Control (LAC) with China in eastern Ladakh to face off with the PLA. This is the closest the two armies have been to a military confrontation in over three decades. With the stand off entering its fifth month with no détente in sight, the focus has now shifted towards logistics, ensuring that over 40,000 freshly transferred soldiers are fed, clothed and sheltered through the approaching winter. Leh, the capital of the newly established Ladakh Union territory, is the fulcrum of a colossal military effort. The Kushok Bakula Rimpoche Airport is one span of an air bridge stretching 700 km south into the Indian hinterland. Flights of Soviet-built IL-76s and USbuilt C-17s fly nonstop daily sorties from Chandigarh to here ferrying essential supplies. From here, the cargo is offloaded into helicopters and flown or trucked to the army’s forward posts. This logistical exercise unfolds under a military sky ballet that begins unfailingly at the break of dawn—MiG-29s, Sukhoi Su-30s and Mirage-2000s from bases across north India pinwheel around the azure blue skies in combat air patrols and Apache helicopter gunships clatter around the airport like angry dragonflies.

Taped on the cockpit door of an Army Aviation Corps Dhruv Advanced Light Helicopter is a small sign that is a grim reminder that military logistics isn’t cheap: ‘Flying cost—Rs 7,17,000 per hour.’

‘Enhanced winter stocking’ or EWS as the army calls it, stockpiles food and fuel to last the military garrison through the winter when snowfall blocks the only two road routes into the region—the Srinagar-Leh national highway and the Manali-Leh road which is open between May and September. But this year clearly, it is EWS-plus—the army has to cater for the food, clothing, shelter and equipment for another corps-sized formation it inducted into the theatre beginning June this year. The Chinese have an equal number across on the Tibetan plateau. In sheer numbers alone, these deployments by the two Asian giants are possibly the largest high-altitude massing of troops in the history of military standoffs.

Two rounds of high-level talks, between foreign minister S. Jaishankar and his counterpart Wang Yi in Moscow on September 4, and between defence minister Rajnath Singh and Chinese defence minister General Wei Fenghe, have failed to resolve matters to any satisfaction. In a dozen rounds of talks at the military, diplomatic and NSA level, India had asked for the Chinese to restore the LAC to what it was before April 2020; that is, sending the PLA back to its barracks in Xinjiang Military District and restoring ‘status quo ante’. The Latin phrase has since been missing in the statements issued after these two rounds of talks. In a strongly worded statement in Parliament on September 15, defence minister Rajnath Singh squarely blamed China for violating multiple agreements by amassing troops on the border. “In the recent incidents, the violent conduct of Chinese forces has been in complete violation of all mutually agreed norms,” he said.

On ground zero in eastern Ladakh, both sides have settled down to a tense game of high-altitude ‘chicken’—the side which pulls back first, loses. The Chinese have refused to withdraw eight km behind Finger 4 on the Pangong lake and two km behind the Gogra Post in northern Ladakh. The Indian army is atop the hills of an erstwhile No Man’s Land in the Chushul sub-sector south of Pangong lake and on heights facing the Chinese positions north of the lake. Logistic tails—ferrying men, supplies and materiel to sustain the frontline—have begun snaking behind the two deployments as a brutal Himalayan winter approaches. 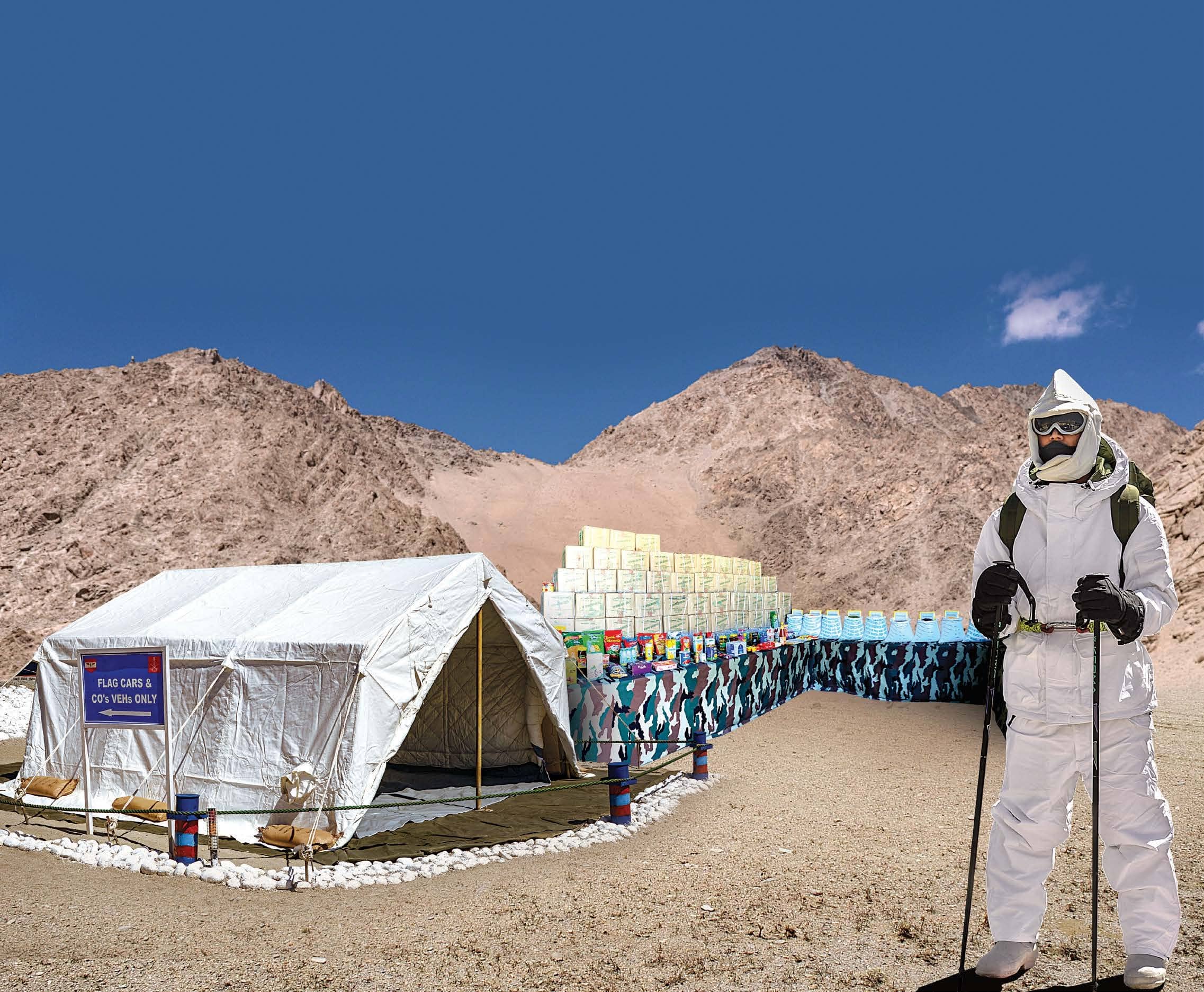