INSIDE A SUPER SPREAD 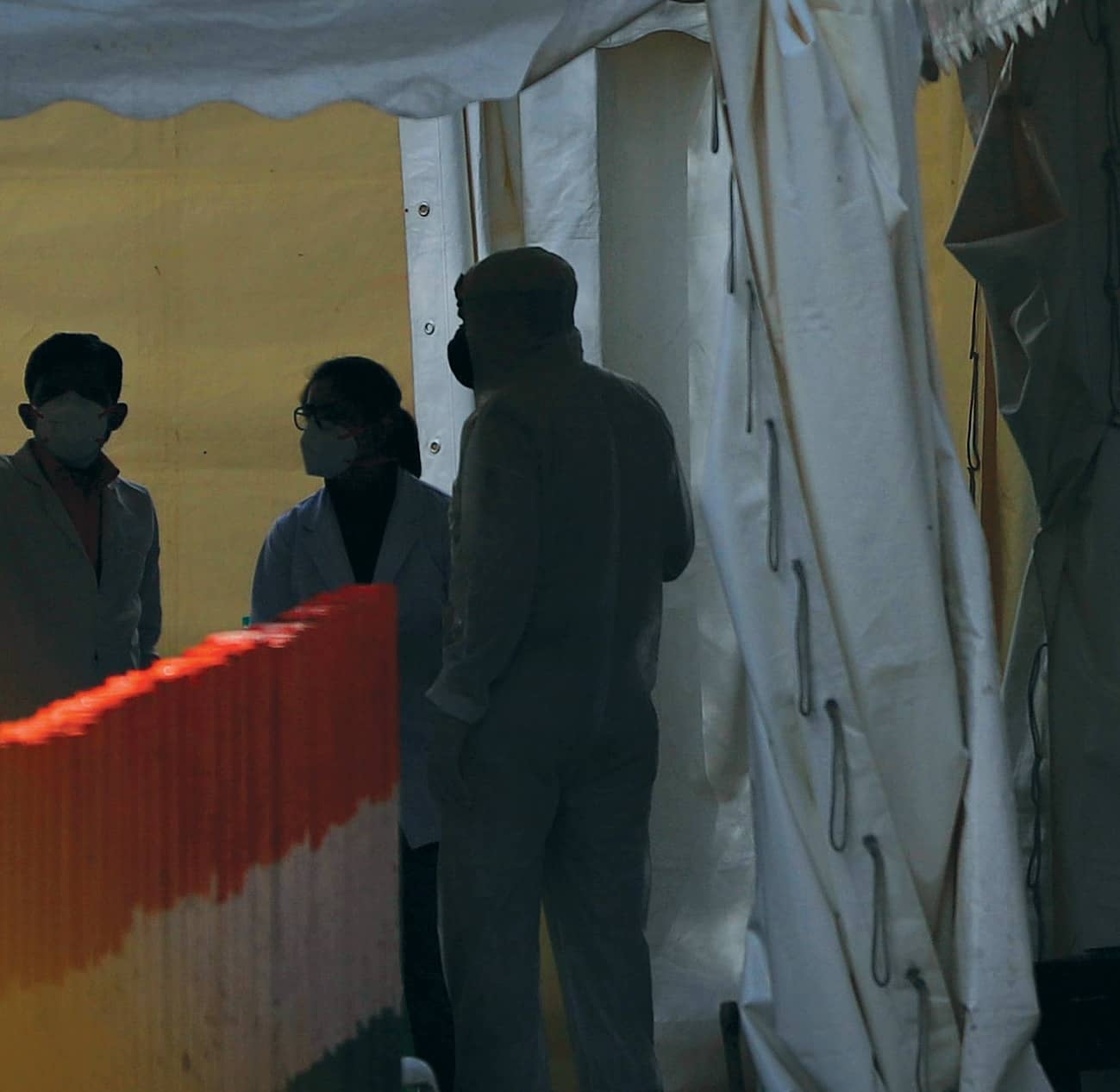 AS the number of novel coronavirus cases in India crossed 2,000, the Nizamuddin basti neighbourhood in South Delhi has emerged as the country’s pandemic hotspot. A gathering of an estimated 3,400 members and preachers of the Tablighi Jamaat here in early March has left a trail of infection and deaths from Kashmir to Tamil Nadu to even the Andaman Islands. Hundreds among the attendees resided, in close proximity, in the six-storey dormitory at Banglewali Mosque, the markaz or global headquarters of the organisation in Nizamuddin. The Jamaat is a global Islamic evangelical movement that originated in India in 1927.

As of April 2, 15 COVID-19-related deaths in the country had been linked to the March 10-13 congregation at the markaz—nine in Telangana, two in Delhi, and one each in Jammu and Kashmir, Karnataka and Tamil Nadu. The dead include a Filipino national, say, officials. Around 400 attendees have tested positive for novel coronavirus. Around 9,000 people—Jamaat members and their primary contacts—have been quarantined across the country. Of these, some 1,800 people are under watch in nine hospitals and quarantine centres in Delhi. “The recent rise in COVID-19 cases in India does not represent a national trend. The numbers rose because of [infections caused by] the movement of people of the Tablighi Jamaat,” said Lav Agarwal, joint secretary, Union ministry for health, at a media briefing on April 1.

It took the intervention of National Security Advisor Ajit Doval to get the Jamaat to vacate the Banglewali Mosque. Doval drove down to the centre to meet Maulana Saad, the Jamaat’s chief since 2015 and grandson of the organisation’s founder Maulana Muhammad Ilyas Kandhlawi. Maulana Saad relented only after Doval reportedly threatened police and even commando action to clear the mosque. The premises were vacated on April 1 and residents shifted to quarantine facilities.

The Union home ministry is now preparing dossiers on each individual who was present at the markaz. Their travel histories are being ascertained, mobile data is being scanned and technical intelligence is being used to identify who all they came in contact with.

The markaz is a transit point for the Jamaat’s India-bound missionaries. It is from here that they set out in groups to other states where, as per tradition, they stay in local mosques. “The preachers and followers assemble at the markaz. From here, they journey out into villages and towns,” says a Jamaat member who’s a regular at the headquarters. The main task of the preachers is to prod Muslims ‘gone astray’ to return to the faith.