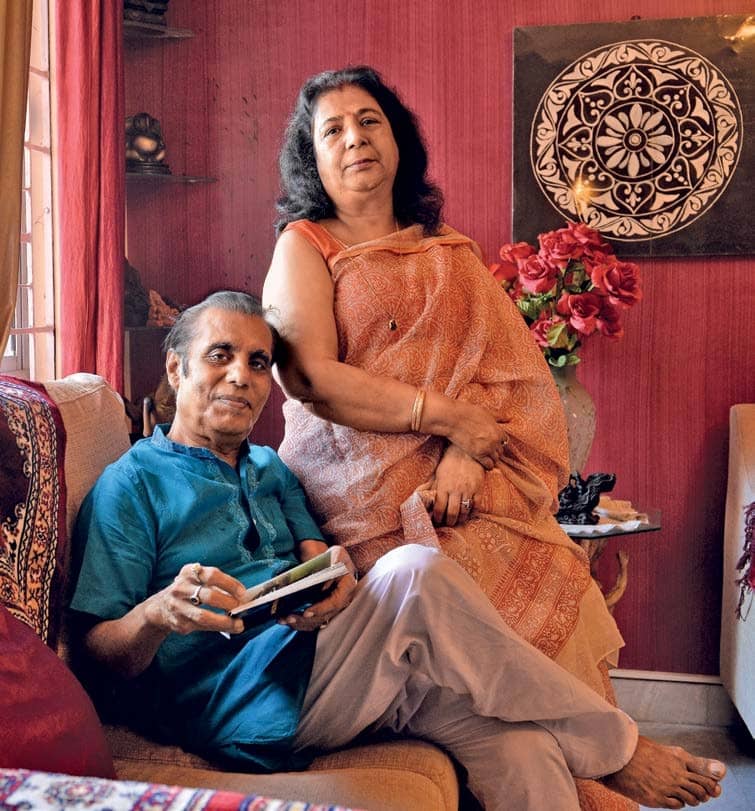 Not only are the elderly more susceptible to Covid, they are also finding it more difficult to deal with the psychological trauma of being isolated for their own protection

Dr Prabir Dasgupta had stuck to his daily routine all the way till midMarch. Twice a week, he would visit his polyclinic in Sonarpur. Apart from the passion for his profession, the half-hour drive from his home in Garia to his clinic through the lush hinterland encouraged him to keep going. Kaberi, too, was used to an active social life, meeting friends and neighbors daily. Hence, being home-bound has been difficult for the two.

Since maids are still not allowed in their home, Kaberi is also burdened with household chores. But her distress is more mental than physical. Talking to people on the phone can never be a substitute for a scintillating add a over steaming cups of coffee and shinguards. The couple is also avoiding watching television, so as to not be inundated with negative news. “I’d rather flip through storybooks and medical journals,” says Prabir, who is also hypertensive.

As a doctor, he isn’t worried about his health much, but says, “I cannot ignore the health of my family. The fact that I can’t go out in the open space for fresh air and that Kaberi is not being able to go back to her jovial routine is disturbing. I can feel she’s getting impatient being holed up like this,” he says.

Snigdha Sarkar, 84, rushes to the balcony every time she hears a car stop outside her house in Jodhpur Park in South Kolkata. Disappointed to see a stranger alight from the cab, she transfers her gaze to the sky, tracing the flight path of an eagle she mistakes for an airplane until it disappears behind a cloud. She is glad to see a plane because these days she can’t hear planes flying overhead or trains whistling in the distance. “Covid has taken a toll on my health,” she says. “As it is, my eyesight was bad. Now, I can’t hear properly either. I am glad Rajesh [Satpathi, manager of TriBeCa Elderly Care Services in Kolkata] told me flights to India have resumed, otherwise I would have kept worrying that Babu [her son who lives in Canada] might not be able to reach me when my time comes.”

Covid has been particularly cruel to the elderly. India has 160 million senior citizens, who make up 12 per cent of the country’s 1.3 billion population. During a press briefing on July 9, the Union ministry of health and family welfare said that of the 21,129 Covid deaths registered in the country so far, 53 per cent have been of those aged 60 and above and that people between the ages of 60 and 74 alone account for 39 per cent of the Covid deaths in India.

It’s not just the physical trauma of the disease but also its psychological aspects that are taking a toll on the elderly. “Pandemics like the current one are not merely biological phenomena,” says Kolkata-based psychiatrist Aniruddha Deb, also associated with the Mon Foundation, a non-profit organisation working in the area of mental health. “They have long-lasting psycho-social implications which tend to outlast the pandemic itself. The dent Covid is leaving on the human mind is of great concern.” The surfeit of information, or its complete absence, if one is non-conversant with technology, has left the elderly unable to deal with the current situation. Coupled with physical distancing and loneliness, this has engendered unprecedented levels of anxiety within them. And stress of any kind, as Deb adds, “plays havoc with the immune system, aggravating the breakdown of the already weakened psychological defence system in the elderly.”