Exclusive: Mood Of The National Poll 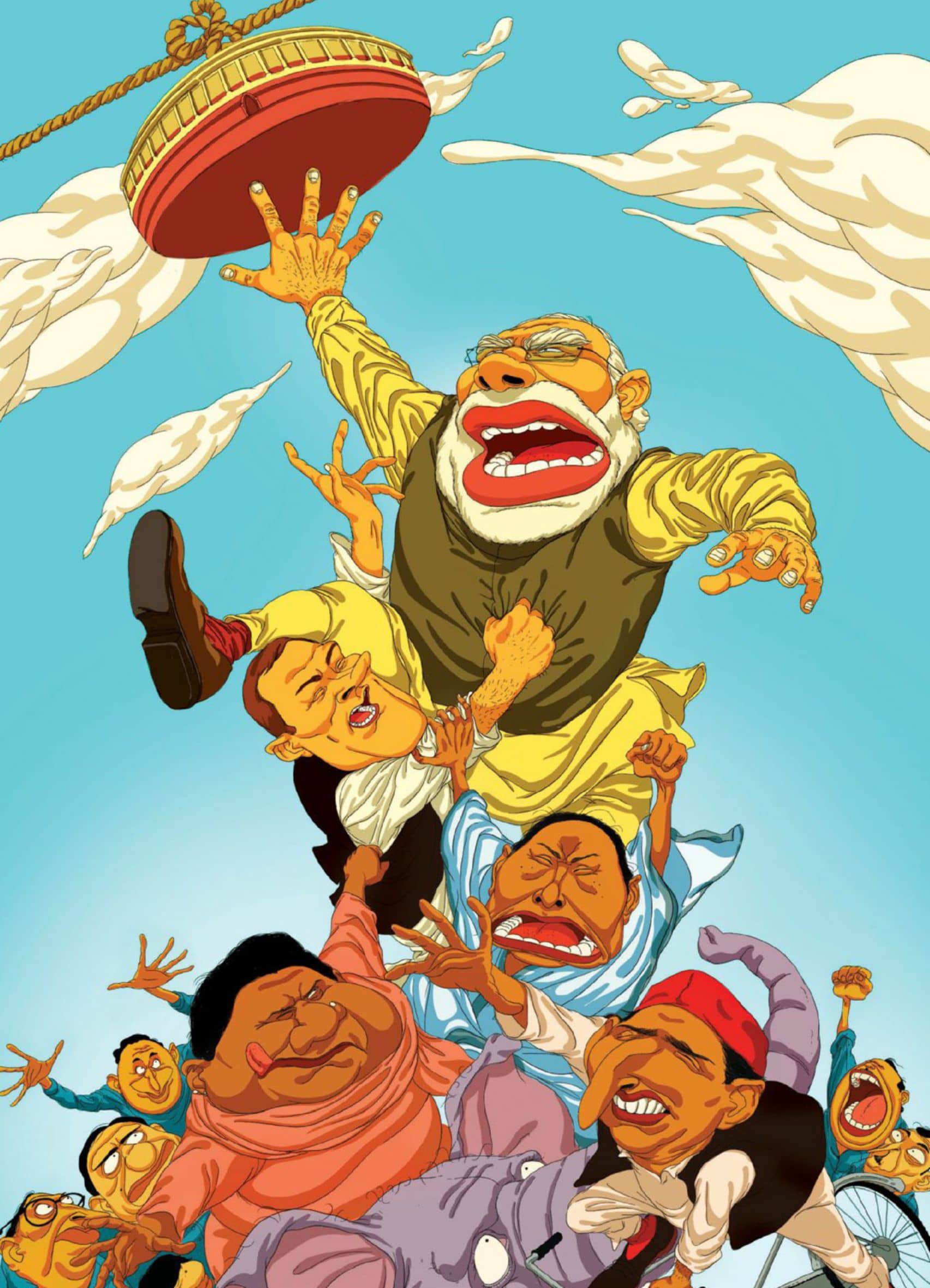 Four months away from the general election, our survey shows the NDA in a vulnerable position for the first time. 2019 is far from being in the bag

For Narendra Modi, the choice for the voter in the upcoming general election is clear: Do you want a majboor (helpless) government or a majboot (strong) one? The prime minister spoke in the same vein in his speech at the annual Pravasi Bharatiya Divas in Varanasi on January 22 even though only around 25,000 non-resident Indians—a miniscule percentage of the total electorate—are expected to vote.

For Modi, the hour of reckoning is nigh and it is turning out to be a surprisingly tougher fight than his party had anticipated. Just a year-and-a-half ago, his re-election as prime minister was considered a given. Now, it is no more a certainty. Instead, Modi is aware that every vote, including that of NRIs (apart from the money they could donate for the party), counts. Forget the Bharatiya Janata Party (BJP) repeating its feat of winning a majority on its own as it did in 2014, it is far from certain that even the BJP-led National Democratic Alliance (NDA) can cross the 272 mark in Parliament.

That is the stunning conclusion of the India Today Group-Karvy Insights biannual Mood of the Nation (MOTN) survey conducted between December 28, 2018, and January 8, 2019. This MOTN is significant as it comes barely four months before the general election. Also because it is the first time since Modi came to power in May 2014 that an MOTN poll is predicting that the NDA will not cross the majority mark. It confirms the declining trend in its fortunes that these surveys have recorded in the past two years with the NDA and the BJP progressively losing ground.

The January 2019 MOTN predicts that if an election were held now, the NDA tally would drop by a 100 seats—from the 336 seats it got in the 2014 election to 237—35 short of a majority. The BJP would be the single largest loser in the alliance with the number of seats dropping by as much as 80— from 282 in 2014 to 202 now. In such an eventuality, the NDA would have to scout for other partners to garner a majority and there could also be doubts about Modi emerging as the consensus candidate to head a coalition government.

While the opposition may rejoice at having put the NDA and Modi on the mat, the survey also reveals that neither the Congress-led United Progressive Alliance (UPA) nor any other Opposition alliance will be in a position to form the government on its own. The UPA is likely to multiply its tally by three times, according to this survey—from 59 in 2014 to 166. That’s still a 106 short of a majority. And the rest of the Opposition, that includes the Samajwadi Party (SP), Bahujan Samaj Party (BSP), the All-India Anna Dravida Munnetra Kazhagam (AIADMK) and a dozen others, will get the remaining 140 seats. All this means that if there are no major shifts in alliance partners, the 2019 general election will deliver a truly hung Parliament.

For many voters, such a fractured mandate and the political uncertainty it spells is a disconcerting scenario. That is why Modi and the BJP have been hammering home the need for voters to give them a full majority or, as they warn, the country could be plunged into chaos. Senior leader Arun Jaitley expressed exactly this on his blog, “It is Modi vs an unviable and an unworkable short-lived combination. Or it is Modi vs Chaos.”

The prime minister went further than Jaitley and argued that it was coalition governments in the past 30 years that had stymied India’s growth, made corruption endemic and left the nation in a shambles before he took over. The Congress party retorted by mocking Modi for deriding the work of BJP icon A.B. Vajpayee, who had led a coalition government from 1998-2004. The party also claimed that it was during the coalition era that Congress governments ushered in far-reaching economic reforms and the country recorded its highest rates of economic growth. 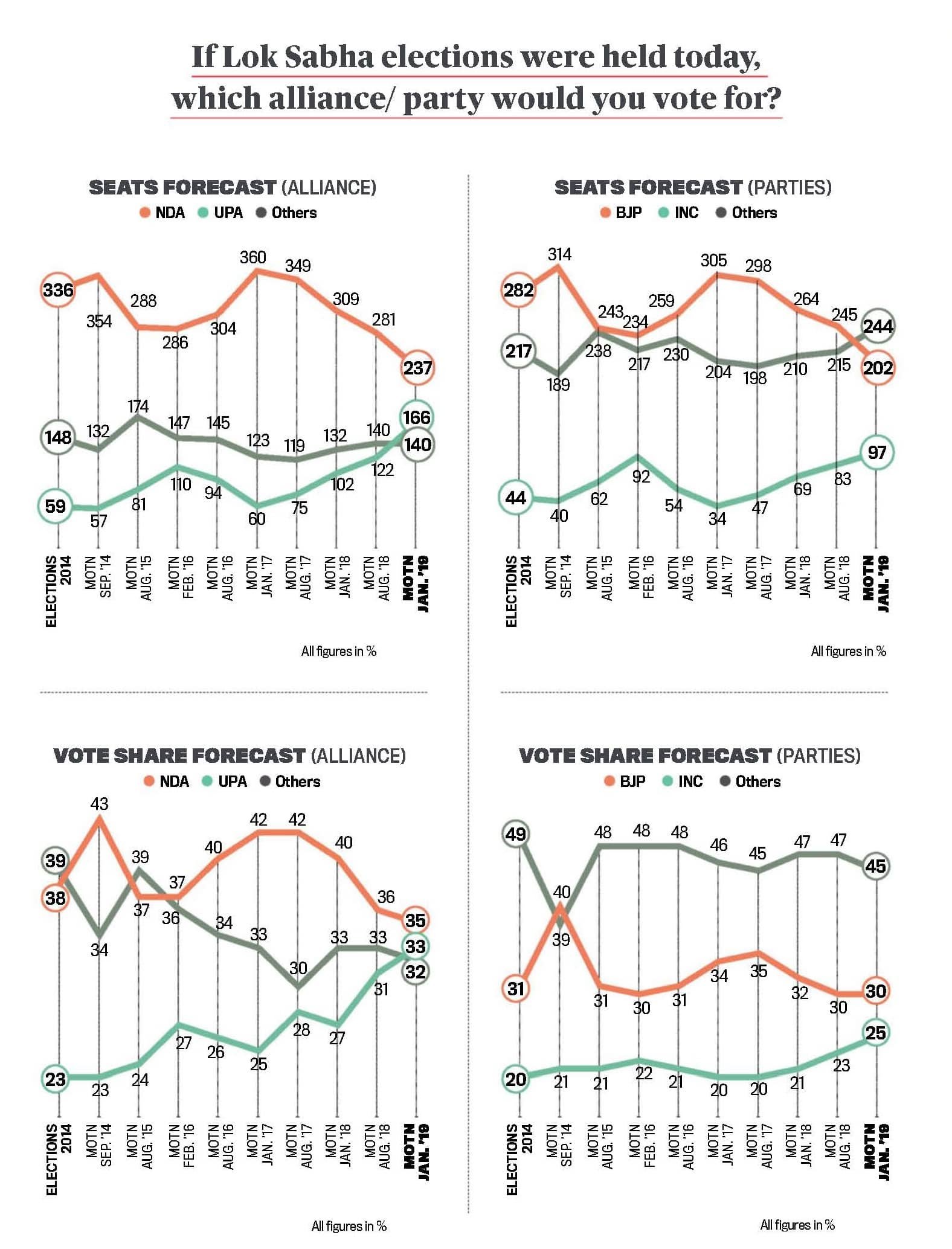 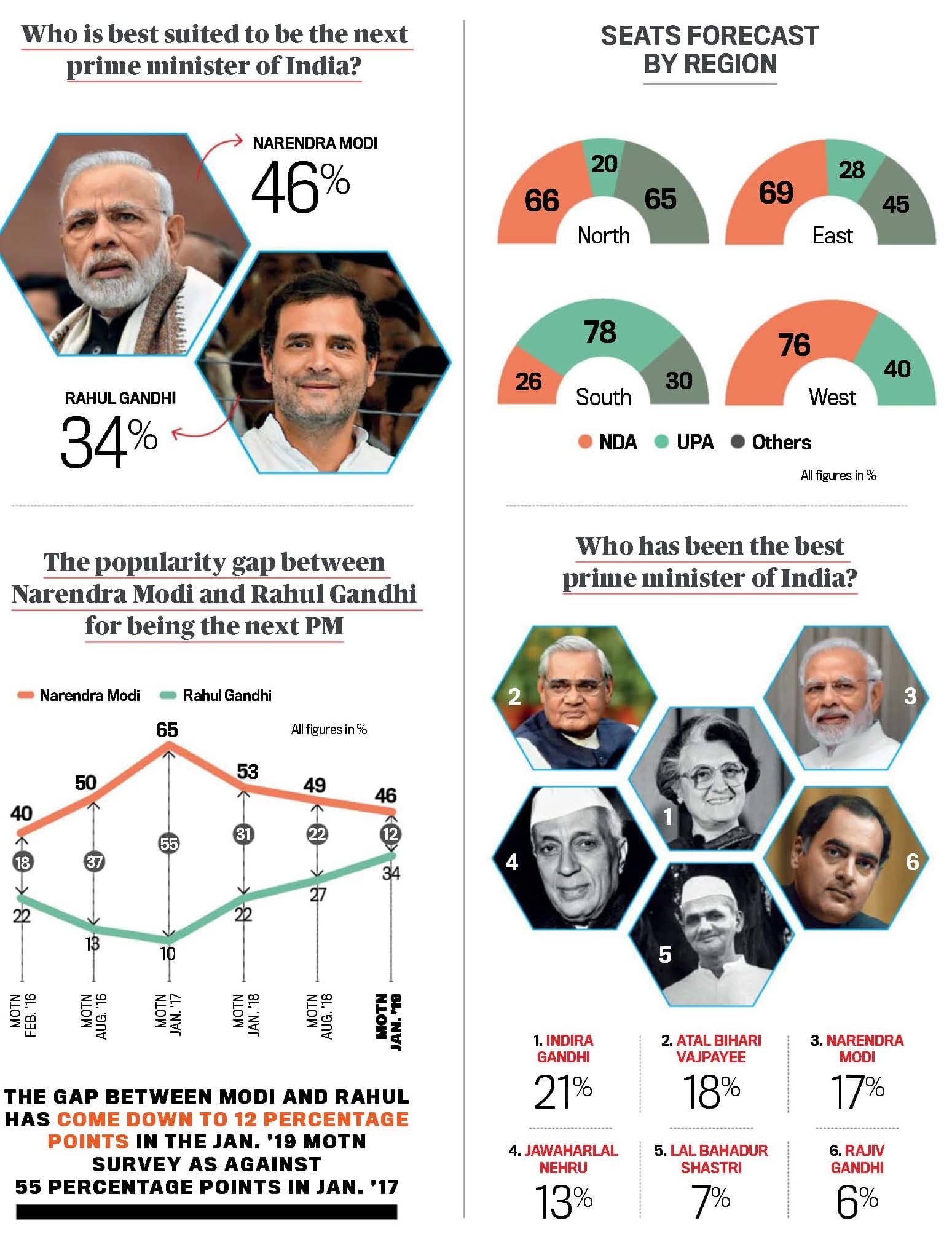