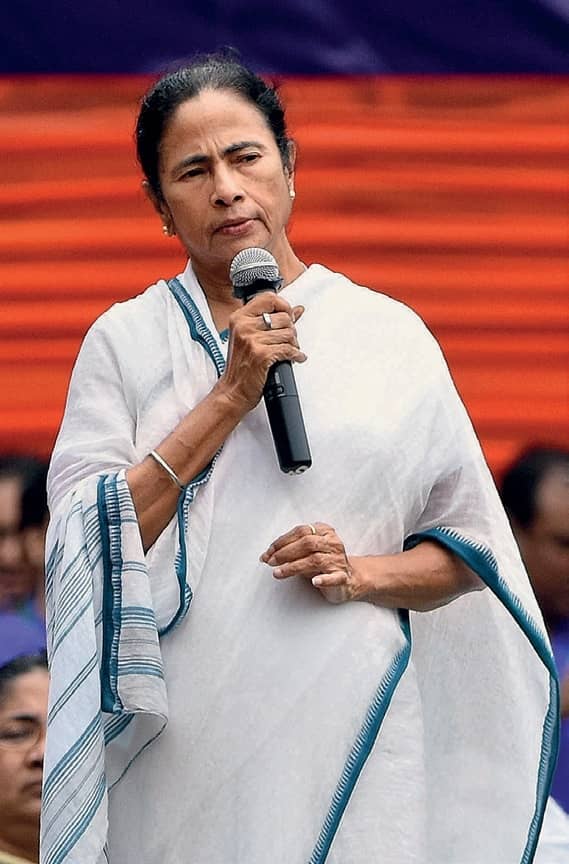 Playing unifier at the recent opposition rally, the feisty Mamata Banerjee wins the top slot fourth time in a row.

DAYS AFTER SHE displayed her ability to be the main rallying point for opposition parties want-ing to defeat the Narendra Modi government in the upcoming Lok Sabha election, West Bengal chief minister Mamata Banerjee outperformed all her political rivals by emerging as the India today Mood of the Nation (MOTN) Poll’s Best Performing Chief Minister for the fourth time in a row.

From February 2016, when Mamata stood at 8 per cent, way below Delhi CM Arvind Kejriwal and Bihar CM Nitish Kumar (then at 15 per cent each), she has dramatically climbed up to 14 per cent. At the number one slot, she is three percentage points clear of Uttar Pradesh CM Yogi Adityanath and Kejriwal—who are tied at 11 per cent. Mamata’s popularity at 64 per cent in West Bengal is second only to K. Chandrasekhar Rao who is at 78 per cent in his home state, Telangana.