Covid Hotspots: Can The Big Five Turn The Tide? 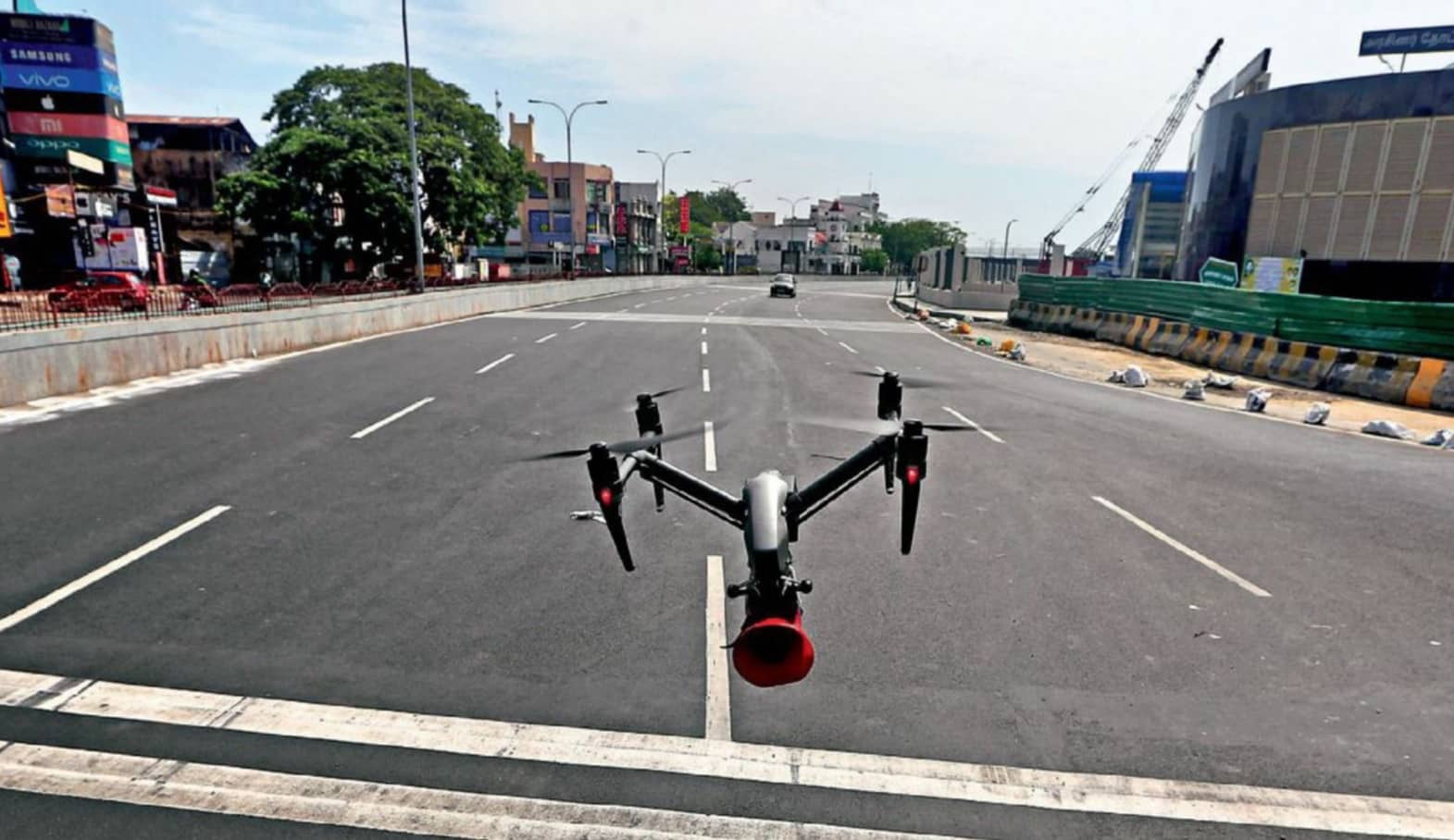 Not far from Azadpur Mandi in North Delhi stands Mahendru Enclave. A tanker sprays sodium hypochlorite in the narrow bylanes every morning. Here, 47 homes in Gali nos. 3, 4, and 5 were marked as a single containment zone on June 5, making it one of the largest COVID clusters among the national capital’s 240 active containment zones as on June 23. Only 4 km away, in Jahangirpuri, another 400 homes make up 10 of the 32 clusters in North Delhi district. This entire area has been a hotspot since April when one COVID-positive woman infected 26 members of her family.

“We have been regularly sanitizing public areas, monitoring movement with the help of drone surveillance and running police patrols,” says North Delhi district deputy commissioner Deepak Shinde, whose team faces the challenge of containing the virus in Jahangirpuri’s congested homes and galis where the prescribed norms of physical distancing are practically impossible to follow. “We have common toilets. The rooms are small and the galis just wide enough for one person to pass through. There is no space where you are not rubbing shoulders with at least three to four people,” says Mukesh Sharma, a resident of K-Block in Jahangirpuri. One of the homes inside the containment zones in Mahendru Enclave has 12 people living in a one-bedroom tenement. “People still walk around without masks,” adds Sharma.

The North Delhi district, which is only 60 sq. km, has the second-highest number of active clusters, after Southwest Delhi, which has 37 clusters and is spread over 250 sq. km. According to Census 2011, North Delhi’s population density is more than double that of Southwest Delhi. “Even if a mildly asymptomatic case is in close proximity to others—say, sharing a bedroom or utensils or toilets—there are chances of infection spreading,” explains Dr. B.L. Sherwal, director of the Rajiv Gandhi Super Speciality Hospital in Delhi. Several of Delhi’s containment zones are congested marketplaces or urban villages—Sadar Bazaar, Ghazipur Village, Naraina village, Masihgarh village, Pilanji village, Khadar, and Ghuman Hera village, to name a few.

A similar situation has been noted in Kolkata, Mumbai, Chennai, and Bengaluru. COVID infections in these cities have been particularly high in the densely packed and congested areas— Koyambedu in Chennai, Belgachhia in Kolkata, Dharavi in Mumbai, and Padarayanapura in Bengaluru, which has turned into a hotspot most recently. As on June 23, it had 67 infected cases, the highest among Bengaluru’s 440 containment zones. According to Census 2011, Padarayanapura had some 120,533 people living per sq. km. 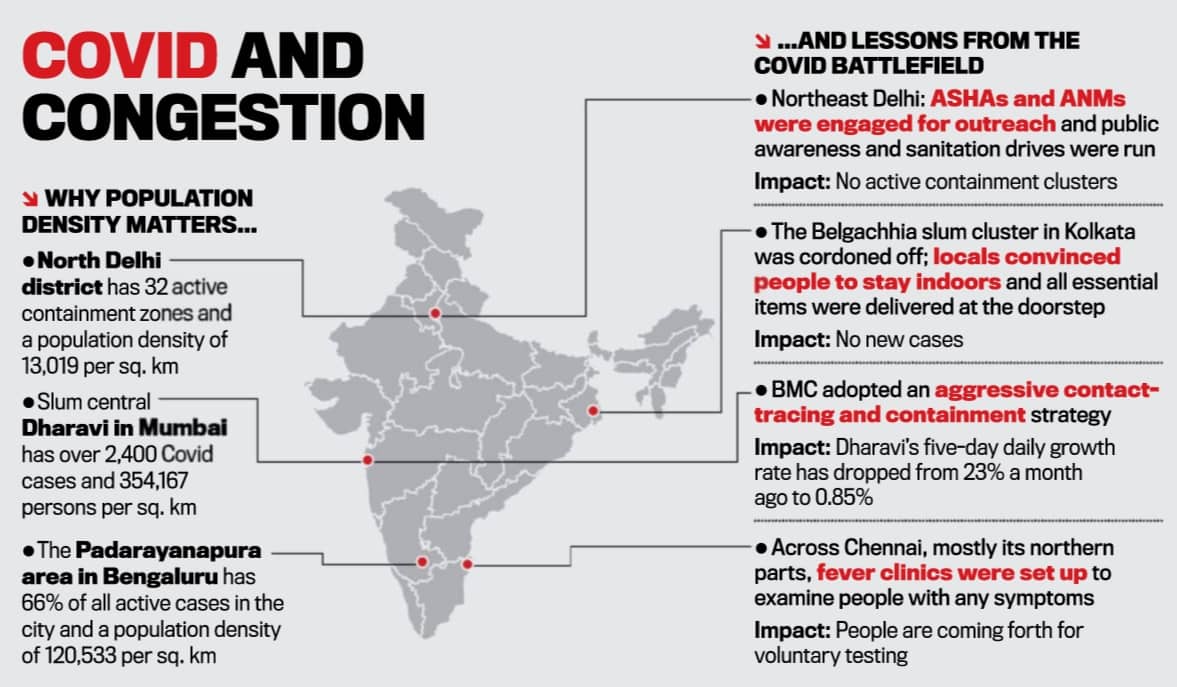