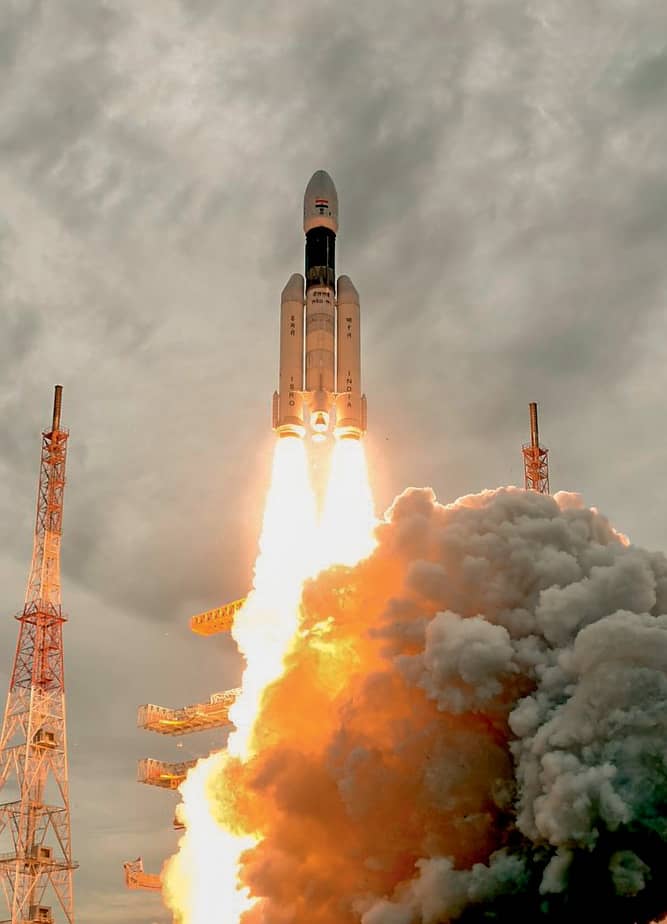 Even though Dr K. Sivan, chairman, Indian Space Research Organisation (ISRO), has been involved in over 50 launches, he confesses he is still tense during every new launch.

As he puts it, “My stomach churns, my heart beats faster and I feel breathless.” On June 22, as the countdown began for the launch of Chandrayaan-2, India’s second moon mission, from the space port in Sriharikota in Andhra, he was even more so. A week earlier, the first attempt to launch the spacecraft had to be aborted because of a plumbing leak in the upper-stage engine of the 15-storey tall, brand new GSLV Mark-III launcher. Though disappointed, Sivan decided to postpone the launch as he was acutely aware that there was so much of ISRO and India’s prestige riding on it.

The Chandrayaan-2 mission is a quantum leap over its successful forerunner launched in 2008 and is crammed with new technologies. The foremost is the launch vehicle itself. In a gutsy decision, ISRO decided to use its heavy-lifting GSLV Mark-III, though it had undergone only two development tests—the Chandrayaan-2 launch would be its first operational flight. Apart from the new launcher and an upgraded orbiter, space scientists had built for the first time a lunar lander assisted by a rover that could roam the moon surface for a radius of half a kilometre and perform critical experiments. These were cutting edge technologies and, if India succeeded, it would be only the fourth nation after the US, Russia and China to have operated a robotic lander on the moon. Another worry for Sivan was that if the glitch was serious and they were unable to attempt another launch by end July they would have to wait till next year to get the perfect earth-moon alignment required for the Chandrayaan-2 mission.