Can Nadda Get The BJP Back To Its Winning Ways? 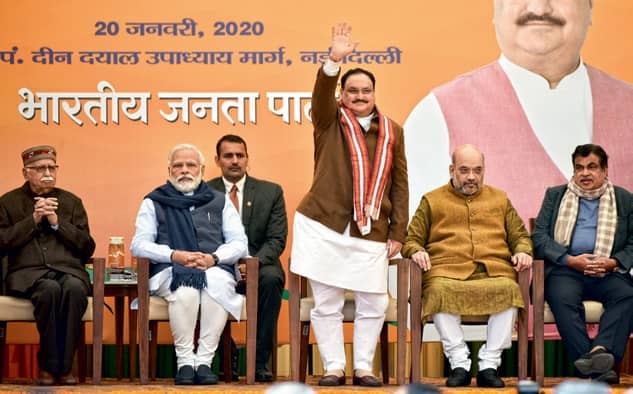 Jagat Prakash Nadda’s uncontested elevation on January 20 from ‘working’ president to national president of the BJP was on expected lines.
Anilesh S. Mahajan

To fill Amit Shah’s shoes won’t be easy and 59-year-old Nadda will invariably find himself being compared with his predecessor, who transformed the party into an electoral behemoth which, at one point, ruled 20 states along with its allies. However, there have been many setbacks since, and five states have slipped out of the party’s grasp. The new BJP chief will have to hit the ground running. He has to course-correct the party’s poll strategy and try to get it back to winning ways in time for the assembly elections in Bihar, West Bengal and Uttar Pradesh.