Can Modi Make A Deal? 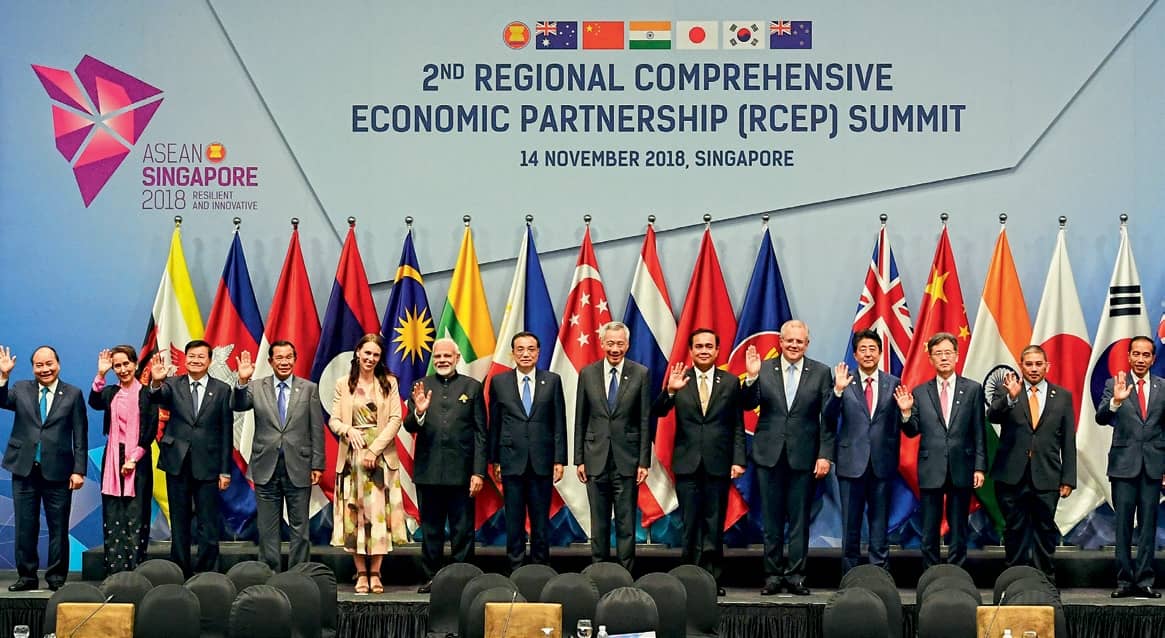 Since 2013, 16 nations, including the 10 members of the Association of South-East Asian Nations (ASEAN) and six of its free-trade partners—India, China, South Korea, Japan, Australia and New Zealand— have been locked in negotiations over a supersized trade deal. Known as the Regional Comprehensive Economic Partnership (RCEP), the deal attempts to form the world’s largest economic bloc, with a combined 39 per cent of global GDP. The deadline for negotiations is November 4, when the heads of state meet for the RCEP Leaders Summit. Even at this late stage, India’s position is complicated, because a deal will have serious consequences for domestic industry.

As of October 10, negotiators had agreed on 21 of 25 chapters of a proposed RCEP deal. The remaining four chapters—relating to investment, e-commerce, rules of origin and trade remedies—are yet to be agreed upon. Tariffs are a key sticking point, with India demanding that a larger number of sensitive items qualify for an ‘auto trigger mechanism’ (whereby import duties automatically increase beyond a threshold). India also wants to use 2019 as the base year for calculations and to hammer out individual tariff rates with RCEP members. The majority of RCEP members say that once tariffs are reduced, they should not be increased; that 2013 should be the base year for calculations (as that is when negotiations began); that rates should be largely uniform across countries; and that an ‘auto-protect’ trigger should only apply in exceptional circumstances.