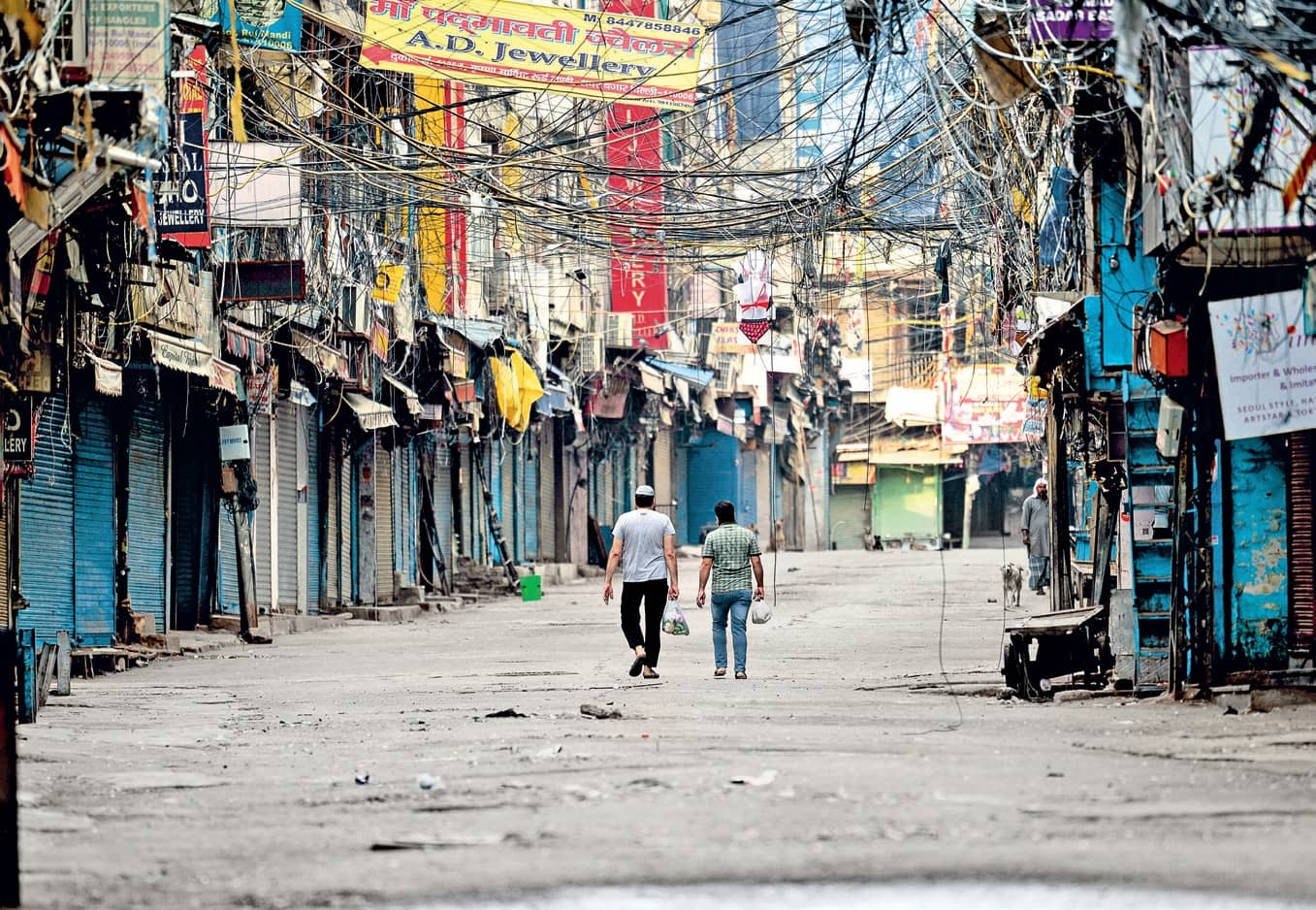 Despite the devastating economic impact of Covid-19, the Modi government seems to find broad support for its handling of the crisis

This year, governments across the world had a difficult choice thrust upon them. Covid-19 allowed them to save either the maximum number of their citizens’ lives or the highest number of their livelihoods. Like most, the Indian government chose the former. In doing so, it faced one of the most challenging situations the country has seen post-Independence— the economy spiralling deeply into the red. While most analysts say that the bad run will be limited to a few quarters, ruling out a full-blown recession, there is no getting away from the fact that India’s growth rate is deeply in negative territory. And while there are debates over the size of the impact—whether the country’s growth rate has fallen by five per cent or much more—the economic damage done by the nationwide Covid-19-induced lockdown and the subsequent localised lockdowns in some areas has indeed been enormous.

It is then no surprise that economic issues were at the top of participants’ minds in the India Today Mood of the Nation (MOTN) poll, conducted during the lockdown. A whopping 63 per cent of those polled said their incomes had fallen recently, with 22 per cent saying that they had lost their jobs. Almost all sectors of the economy—barring agriculture and to some extent the supply of ‘essential goods’—came to a standstill in the first month of the lockdown, from the midnight of March 24-25 onward. The restrictions on movement and the unclear definition of ‘essential goods’ left the logistics sector severely impacted, with thousands of trucks stuck on highways. The myriad notifications from the Centre added to the chaos, with policy confusion causing state governments and local authorities to interpret central norms in their own ways. Even after industries were allowed to partially reopen in non-containment centres, strict physical distancing norms meant that businesses suffered supply chain disruptions on top of poor demand. Cash flows have taken a major hit, and companies from the hospitality and airlines sectors to those in manufacturing and retail have resorted to job cuts, the pruning of salaries and freezes in hiring. A report by manpower firm Global Consultants states that India is set to lose around 130 million jobs due to the pandemic, 40 per cent of those being blue-collar jobs.

Rajeev Dubey, a former president of human resources (HR) at the Mahindra Group and now an advisor to the company on people matters, says there are high levels of fear and uncertainty among workers. With companies laying off even experienced employees, stress levels are quite palpable, most so in sectors where demand has been destroyed like hospitality and travel. IndiGo, the country’s biggest air carrier by market share, has laid off 10 per cent of its workers or around 2,300 people. A report by Crisil points to a far-reaching impact of the lockdown on the airline industry, despite services partially resuming—the ratings agency says India’s air passenger traffic is likely to shrink in both the domestic and international sectors, by 40-45 per cent and 60-65 per cent respectively. The manufacturing sector has also been in deep trouble, with production even at steel and heavy engineering majors still around half what it was in the pre-lockdown phase. It is then only to be expected that 23 per cent of those polled said unemployment was the single biggest failure of the Modi government. Moreover, 54 per cent of those polled either did not see things getting any better in the next six months, or were uncertain of the future. 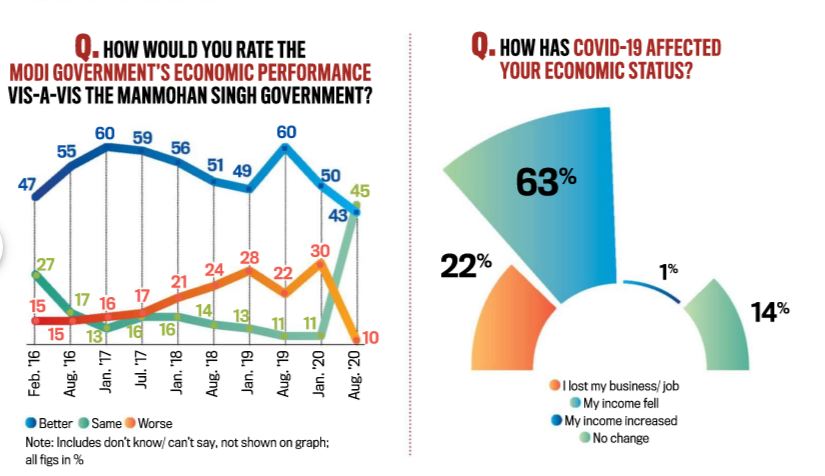