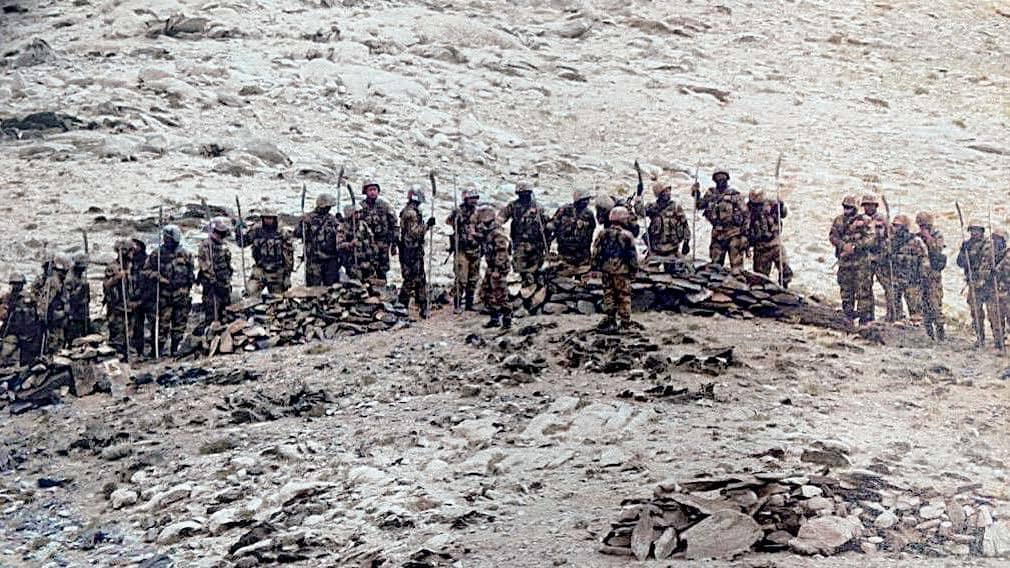 AN INDIAN ARMY COUNTER-MOVE SURPRISES THE CHINESE ARMY IN EASTERN LADAKH BUT THE TENSE SITUATION BRINGS BOTH SIDES CLOSER THAN EVER TO A MILITARY CLASH. IN CHUSHUL LIES THE KEY TO EITHER RESOLVING THE BORDER DEADLOCK OR EXPANDING THE THEATRE OF CONFLICT

Four months after the People’s Liberation Army (PLA) of China moved two divisions with troops and tanks to spark off the biggest standoff between India and China since the 1962 war, the Indian army made its move. And it chose the enormously significant Chushul subsector over 100 kilometers southeast of Leh. When the ‘H-hour’ signal was given late on August 29 evening, hundreds of alpine units of the army’s special forces and ethnic Tibetans from the secretive Special Frontier Force (SFF) began their slow climb up the rolling hills south of Pangong lake. Chosen for their mountaineering skills, their backpacks stuffed with water and dry rations, carrying assault rifles and ammunition, radio sets, night vision devices, and hand-held thermal imagers, they were up for the long haul. The climb took them between two and three hours, their objective being to occupy a series of rolling hills along a 40-kilometer-long massif south of the lake. The features— Thakung, Helmet Top, Black Top, Gurung Hill, Magar Hill, Mukhpari, Rezang La and Rechin La—are all at altitudes of 17,000 and 18,000 feet above sea level and within India’s perception of the LAC. Two of the features, Gurung and Magar, named after Gurkha clans, were a reminder of the last soldiers to have held these heights during the 1962 war. Groups of commandos also climbed the heights north of Pangong lake. The only casualty in their stealthy nocturnal ascent was an SFF company leader, Nyima Tenzin, killed in an anti-personnel mine blast south of Pangong lake. Indian troops had laid the mine in 1962 to deter the Chinese. The special units bivouacked at the top, just as their comrades had done nearly half a century ago—by fashioning improvised rock shelters or sangars out of loose rocks.

As the special units flashed their coded mission accomplished signals back to base on August 30, a wave of relief spread through the 14 Corps headquarters in Leh headed by Lt Gen. Harinder Singh. The corps guards the entire 840-km LAC in Ladakh. For over four months since the PLA moved two divisions of troops and tanks along the LAC and carried out intrusions, the army had no cards to play. It had tried, unsuccessfully, to convince the PLA to honor the June 6 de-escalation agreement in over a dozen rounds of talks at the military level. The PLA refused to budge from Gogra Post and Finger 4 on Pangong Lake. Now, virtually overnight, the tables had turned. The operation using a brigade of special forces—over 3,000 commandos—was the largest deployment of special forces by the Indian Army.

This is the biggest pushback against the PLA since 1986, when Gen. K. Sundarji heli-lifted a brigade to confront intruding Chinese soldiers at Sumdorong Chu in Arunachal Pradesh, giving the government some heft on the negotiating table. An army statement on August 31 said it had ‘thwarted Chinese intentions to alter the ground situation by occupying strategic heights within the LAC in the Chushul subsector’. The stealth move attracted a flurry of statements from the Chinese embassy in New Delhi, the Chengdu-based Western Theatre Command and the foreign ministry in Beijing. A Chinese spokesperson in Beijing called it a ‘flagrant provocation’, and accused India of ‘severely undermining China’s territorial sovereignty, breaching bilateral agreements and important consensus and damaging peace and tranquility at the border areas’. In short, exactly what the text of India’s statements had been in the past four months. 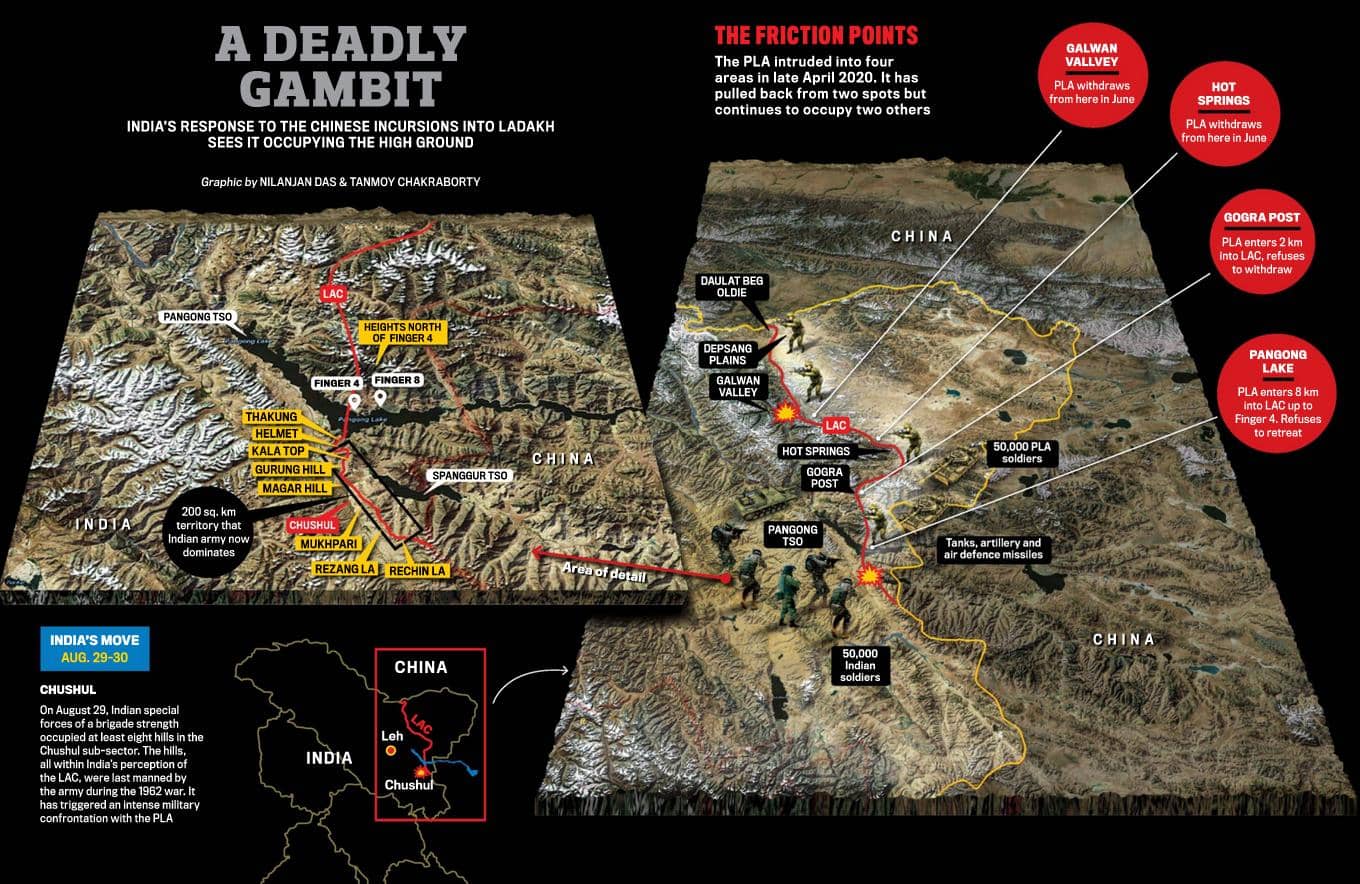