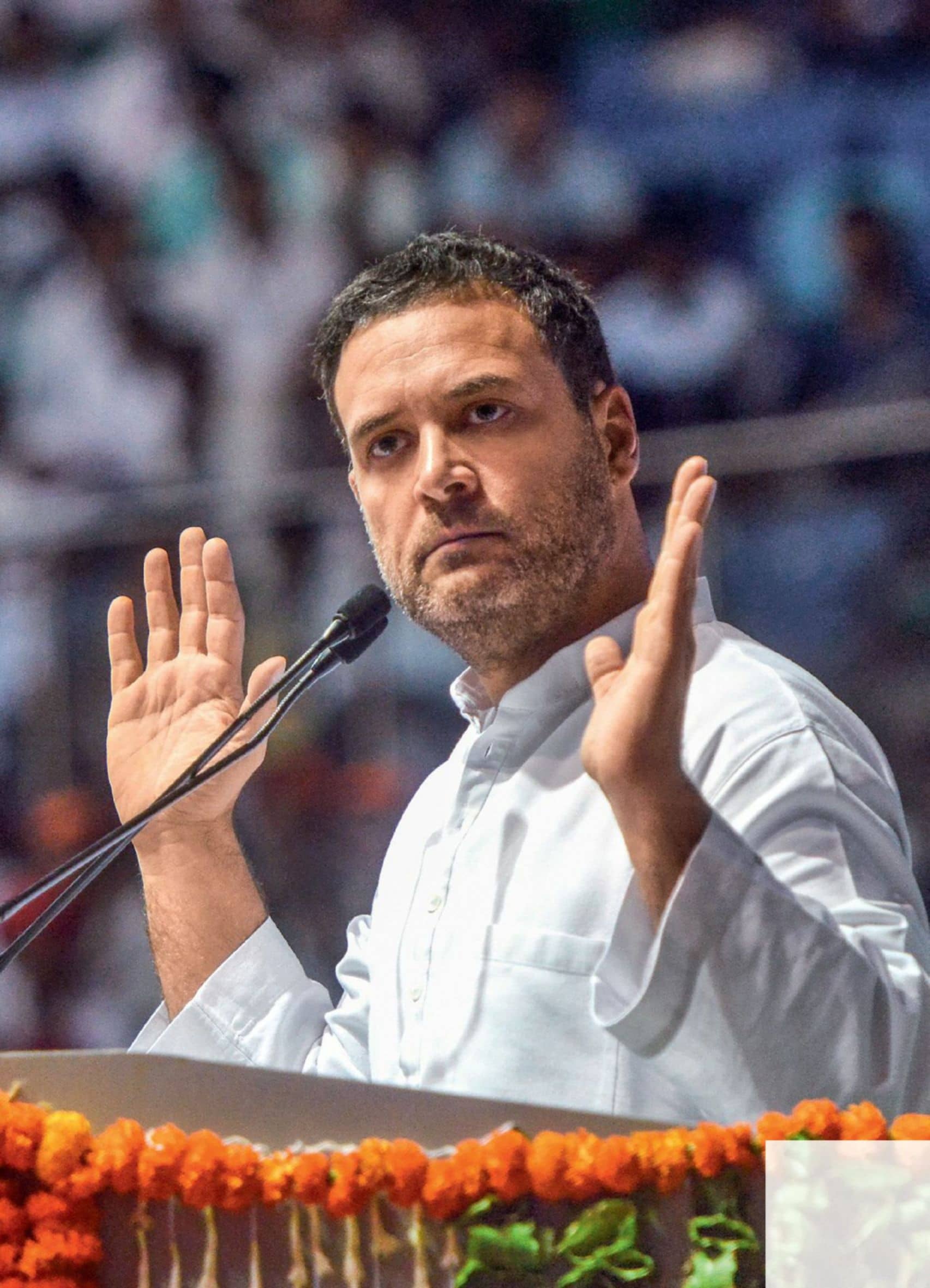 Buoyed by electoral successes in the past year, a recharged Rahul Gandhi continues his ascent as Prime Minister Narendra Modi’s prime challenger.

Kaushik Deka
IN RECENT YEARS, Congress president Rahul Gandhi has usually spent the first week of a new year abroad. This year, on January 2, he was in Delhi, writing a letter to Imphal-based journalist Kishorchandra Wangkhem, currently languishing in jail after being booked under the National Security Act (NSA) for criticising the BJP and Manipur chief minister N. Biren Singh. The Manipur government had clearly overreacted by invoking the NSA to punish the journalist, but Rahul did not get into the nitty-gritty of the case. For him, it was yet another opportunity to expose “the BJP government’s design to trample on the constitutional rights of the people”.

This sense of urgency to make every opportunity count is the biggest difference between the Rahul Gandhi of 2014 and the man we are seeing in 2019. From spouting political philosophy at select events and interviews, the Congress leader has made a grand transition to becoming a street fighter in the rough and tumble of Indian politics, appearing in impromptu press conferences, posing a question to Prime Minister Narendra Modi daily on social media and grabbing eyeballs with hugs and winks.

The results of the India today Mood of the Nation (MOTN) poll in January 2019 indicate that Rahul’s strategy significantly enhanced his personal political equity—52 per cent respondents believe he is the best candidate from the Congress to be prime minister. In September 2014, only 29 per cent had the same opinion. And if 47 per cent said he was the right person to revive the Congress in

August 2018, their share has now gone up to 55 per cent. Wangkhem is not the only individual Rahul wrote to since taking charge of the Congress in December 2017. He has penned nearly 500 personal letters—with strict instructions to his office not to leak them to the media—to individuals, institutions, organisations and social groups, hailing achievements, sharing concerns and seeking suggestions and participation. “He has been a prolific letter writer, a habit he has inherited from Jawaharlal Nehru and Indira Gandhi. This has not only helped him connect with diverse socioeconomic groups but has also added a personal touch. Contrast that with Modi, who remains inaccessible even to journalists and has only one-way communication,” says an aide in the Congress president’s office.