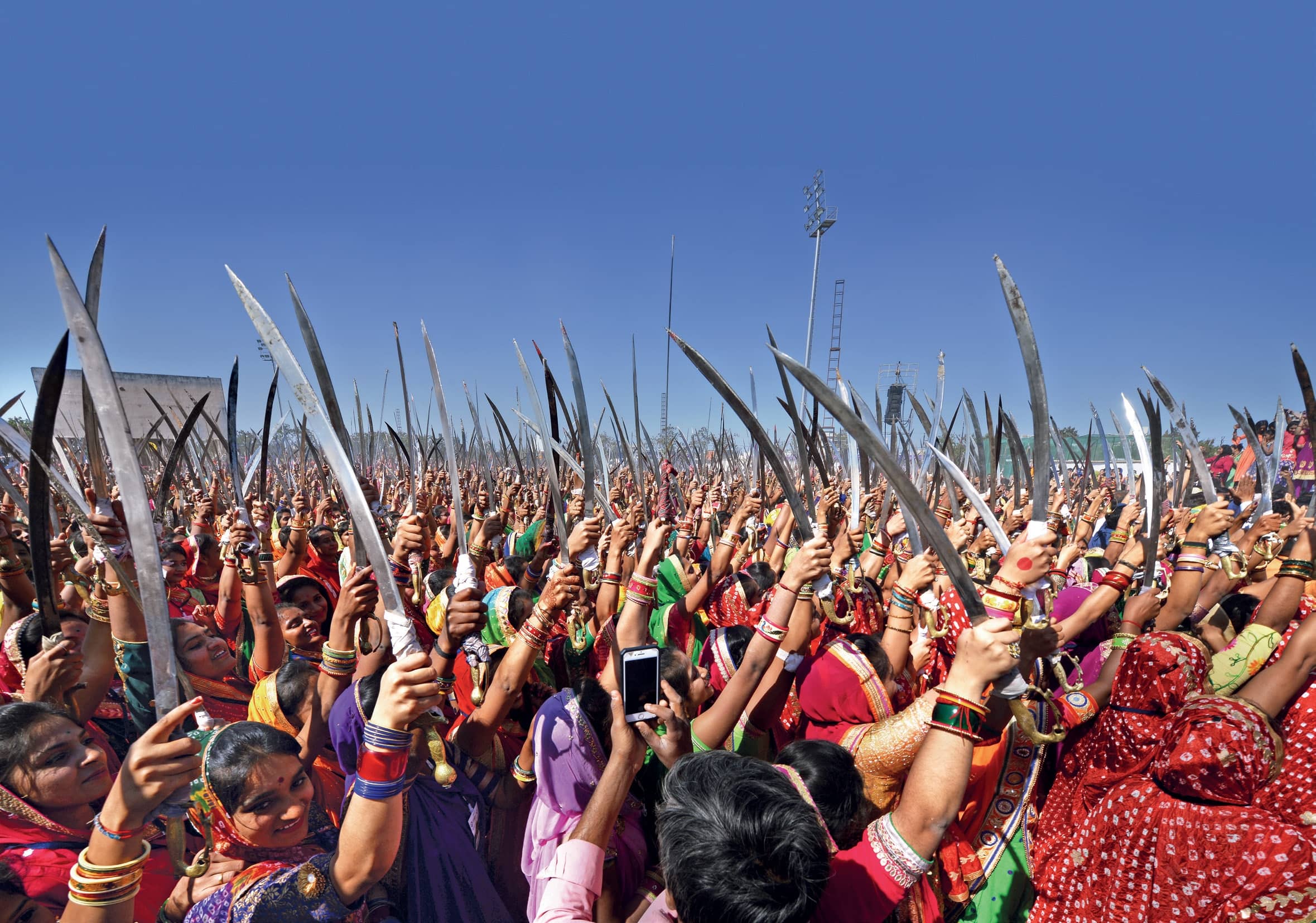 THE 17TH DESCENDANT OF THE JADEJA DYNASTY, THAKORSAHEB MANDHATASINH JADEJA, WAS CROWNED IN AN ELABORATE, GLITTERING THREE-DAY RAJTILAK CEREMONY AT THE RANJIT VILAS PALACE IN RAJKOT
UDAY MAHURKAR

The princely state may have long been gone, but royal tradition, it seems, is alive and kicking. Especially in Rajkot, where the 17th descendant of the royal family of Rajkot state in Gujarat, Mandhatasinh Jadeja, was crowned in an elaborate three-day ceremony in the concluding week of January. A grand spectacle, the rajtilak or coronation was held at the 225-acre Ranjit Vilas Palace. Led by Raj Pandit Kaushik Upadhyaya, 51 Brahmins poured the waters of 51 holy rivers mixed with 100 herbs from 51 pitchers to give the angrakha and dhoti-clad Mandhatasinh a ritual bath to the chants of the raksha mantra. 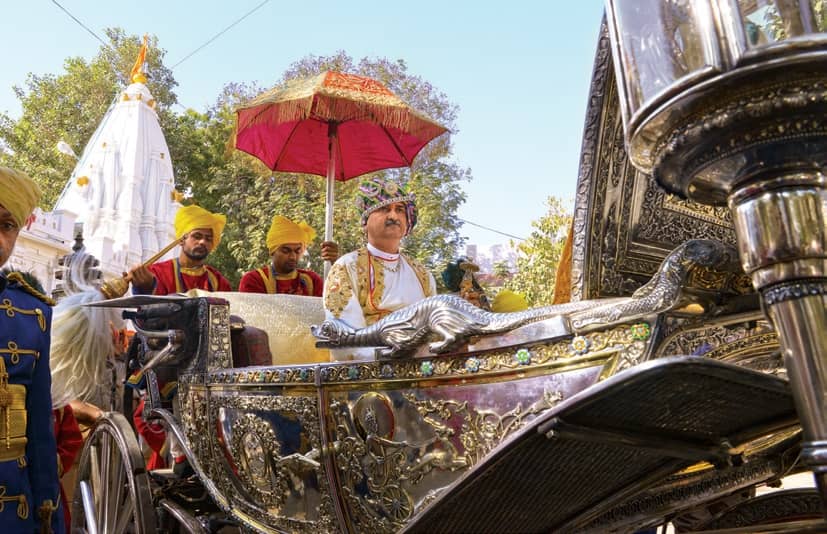 A nine-gun salute state under British colonial rule, the princely state in the Kathiawar Agency of Bombay Presidency was founded by Thakore Saheb Vibhaji Ajoji of the Jadeja dynasty in 1620. With 64 villages under its jurisdiction, the princely state acceded to the Indian Union in 1948. The Royals lost their privileges in 1971 but held on to the illusions of grandeur. And the coronation of Mandhatsinh Jadeja was a royal salute to that bygone era.