A GRIM BATTLE AHEAD 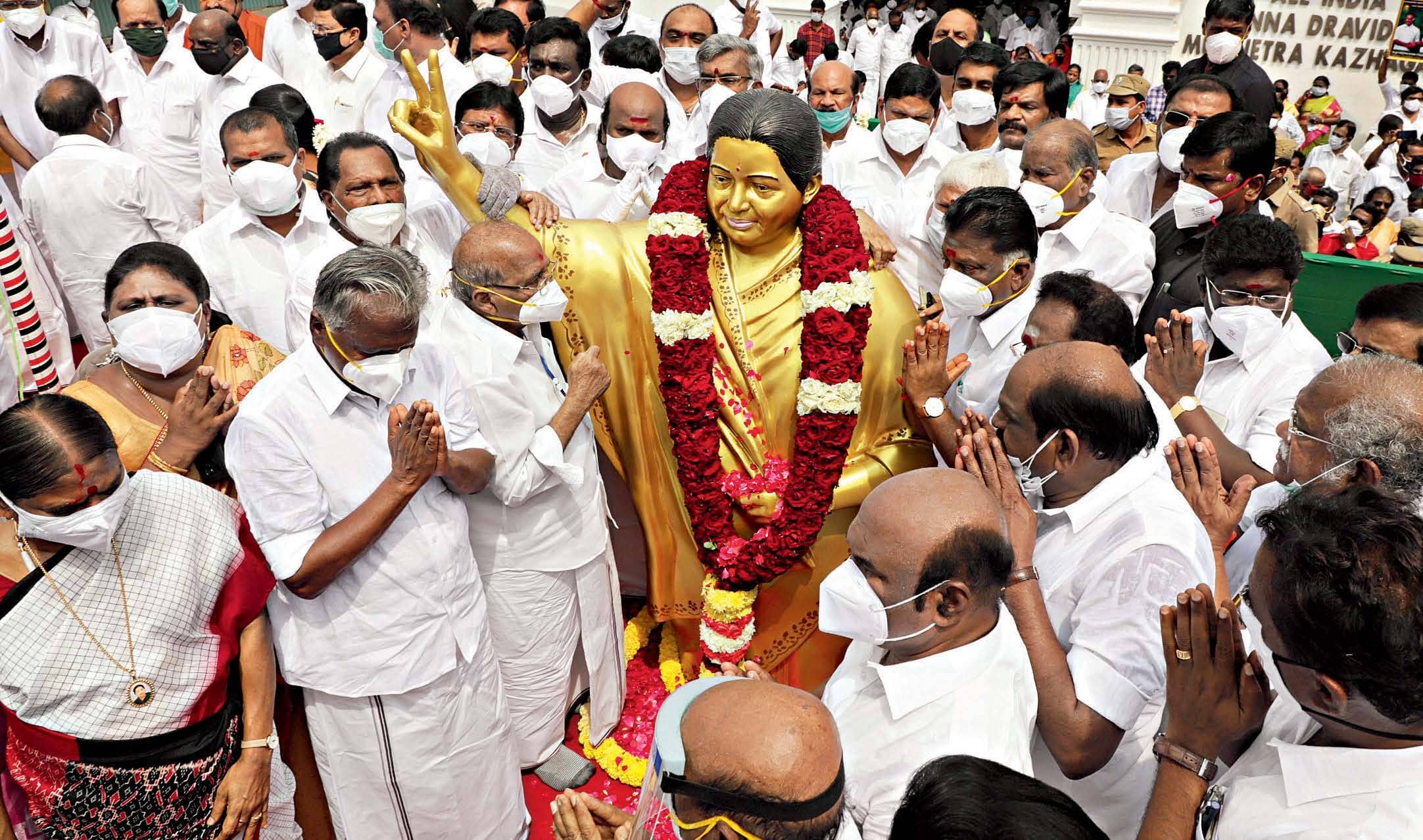 The AIADMK has sounded the poll bugle, but it has quite a battle on its hands even internally—keeping a fragile truce between the EPS and OPS factions, managing an increasingly ‘assertive’ partner in the BJP, and keeping an eye out for the wily Sasikala

ON OCTOBER 17, as the All India Anna Dravida Munnetra Kazhagam (AIADMK) celebrated its 49th Foundation Day, it also sounded the poll bugle for next summer’s battle for Tamil Nadu. Chief Minister Edappadi K. Palaniswami (EPS) hoisted the party flag at his native Silu vampalayam near Edappadi in Salem district while deputy chief minister O. Panneerselvam (OPS) did the honours at the party headquarters in Chennai in a symbolic show of their new-found unity. The two leaders, who lead large, influential factions, have put aside their differences to take on rival Dravida Munnetra Kazhagam (DMK) and to close ranks before the return of expelled ex-party chief V.K. Sasikala, who will be back from jail in January. Expect backroom player, the BJP, to also put on a more aggressive show this election.

The AIADMK is looking for a third term in a row but will be without its iconic leader, the late ‘Puratchi Thalaivi’ J. Jayalalithaa. It will go into the polls with incumbent EPS as the party’s chief ministerial candidate. In 2016, with an ailing Jayalalithaa at the helm, the party had contested all 234 assembly seats and won 137 with a vote share of 40.9 per cent.

The AIADMK has a challenging few months ahead. After buying peace with OPS, EPS will be banking on some shrewd seat-sharing with allies as well as the performance of his ministry to carry him through. The EPS-OPS deal has apparently come after some nudging by the BJP, which is eager to expand its footprint in the state. In the newly-fashioned party steering committee, created as part of the pact, the OPS faction has got five slots against six for the EPS lot. But the real test for the patch-up will be during seat distribution and sharing of campaign resources.

Party insiders point out that the EPS-OPS truce is fragile, with the only thing holding them together being the fear that they might lose the coveted ‘Two Leaves’ party symbol. If they remain divided, or if either faction moves the Election Commission or the courts, the symbol could be frozen (past experience has shown that party followers can be unforgiving in such an eventuality). This is apart from the anti-incumbency after a decade in power. No party other than the AIADMK, when it was steered by founder and screen titan, the late M.G. Ramachandran (MGR), has won three elections in a row.