The Gates of Memory: Two Hundred Years Of Silence 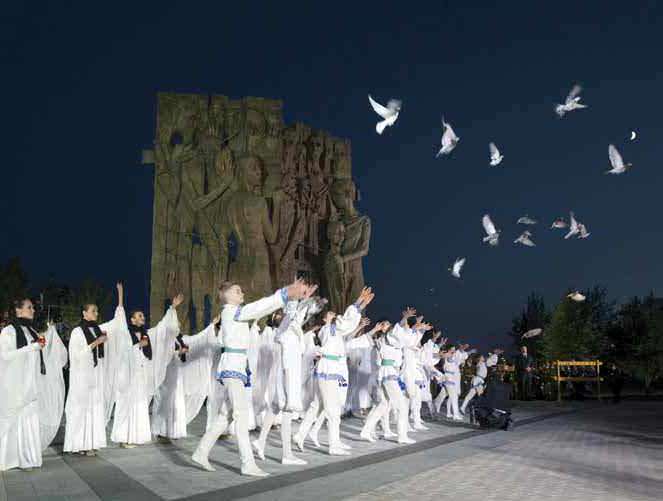 People take part in a ceremony at the monument "The Gates of Memory" near the village of Trostenets.

The idea of “progress” – like that of revolution, development or modernisation – has become one of the most violent intrusions in our lexicon. By now, we should have learnt to hang our heads in shame when using it. But we do not. Contemporary statecraft has no place for embarrassment or repentance. And the new culture of global capitalism too has shed its austere Weberian connections to Protestant ethics, and acquired a festive tone; neither it nor its defanged opponents have any time for self-recrimination or lament. We are expected to be permanently happy, either in this world or in its virtual counterpart. Not being happy is seen as a sure sign of social failure or a psychiatric malady. So, the idea of progress, though intellectually and morally crippled, continues to hobble through the hallways of power as a ghost of itself. It survives as an idea at the heart of the present culture of impunity in public life and a major source of legitimacy for institutionalised or structural violence – globally.

If you prefer political correctness, I can put it more agreeably and propose that the idea of progress is one of the most dangerous, double-edged ideas in our times. For progress, as in theories of progress, is radically different from progress as a synonym for simple improvement or upgrading. The second meaning has been recessive for a long time. The first meaning is now a component of many powerful public ideologies; it carries the load that social evolutionism once used to carry. In this meaning progress is linear, irreversible and serves as a normative benchmark when, for instance, we judge persons, institutions and ideologies as progressive or otherwise.

RELATED STORIES
BEYOND THE IMAGE
House and Leisure
3 mins read