Money Makes This World Go Round 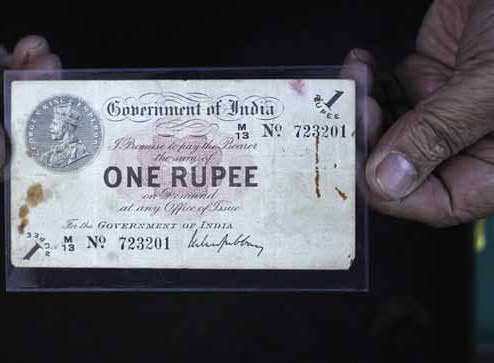 "The institutions guiding capitalism know little why trade cycles inflict tragedies on people they are supposed to benefit."

Two obvious facts stare us in the face. Despite the global financial slowdown, persisting since 2008, capitalism is here to stay. Second, capitalism will be made to survive without grace and on stilts. The stilts could be either monetary policies or the fiscal policy of moderate taxes carried out by governments. It could be a mix of the two, peppered with Keynesian ideas for growth and employment. Or there could be some other policy innovation to ease capitalism out of its on-going ordeal.

Currently, it seems economists are bothered about how money runs the world. So, in deference to economic thinking, we will start by talking about the power of money. And then discuss the policy-turned-ideology called monetarism.

Money, like God, has been invented because it is needed. Even the most primitive economy needed money as a unit of account. The American populist, William Jennings Bryan, popularised the term ‘money power’ in the 19th  century. He said, “Money power preys upon the nation in times of peace and conspires against it in times of adversity. It is more despotic than monarchy, more insolent than autocracy, more bureaucratic than bureaucracy. It denounces, as public enemies, all who question its methods, or throw light upon its crimes. It can only be overthrown by the awakened conscience of the nation.”

Between the time of its invention and the 19th century, how did money acquire such power along with a soiled reputation?

Barter was the standard medium of exchange in most of history. Goods were made and their makers traded these goods to satisfy mutual needs. If one had spare grain and another made cloth, they exchanged them of their own accord. They mutually decided what quantity of grain would be sufficient to acquire the cloth that was needed. And so this barter exchange carried on till the number of commodities and people involved became larger.

Grains and textiles could suffice the need of trade only up to a point. A more acceptable medium of exchange had to be invented to meet the needs of increased volumes. Cowries were used to exchange goods and could buy almost everything. In Africa, as late as the 18th century, an observer wrote, “Twelve thousand weight of cowries would purchase a cargo of five or six hundred Negroes.”