Modi And The Climate Of Intolerance 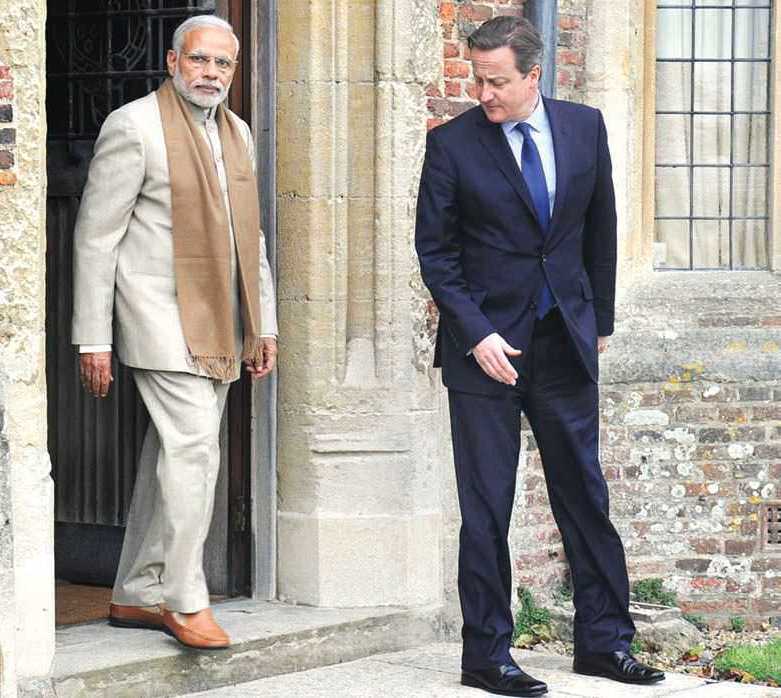 The climate of intolerance that has taken hold of the country cannot be controlled by reduction in carbon emissions, but it can surely be tempered if the leader in Modi, who can sway the masses with his speeches, makes up his mind.

If It Hadn’t been for the noisy, though colourful, Bollywood-style extravaganza organised on a cold wintry evening at Wembley Stadium, Prime Minister Narendra Modi’s visit to London would have been marked for the fierce protest mounted against him by the British media and civil society.

When he left for his 29th foreign visit in the 18 months he has been in power, some of his supporters may have perceived his trip to London and Antalya, Turkey, as a therapeutic break after a pulverising defeat in Bihar at the hands of his bete noir, Nitish Kumar and Lalu Prasad Yadav. Th e pugnacity of the protesters and the media belied these expectations.

A day or two before Modi landed in London, the online protest organisation, Avaaz, beamed a holographic image on the Houses of Parliament showing the PM with a sword the foregrounded the sign of Om, designed like the Nazi Swasti Th e image was up for more than eight minutes and drew som criticism for its unedifying depiction of the visiting PM. Th was an aggressive push-back against plans to host Modi British campuses. He was supposed to address the Senate the University of Cambridge, but it had to be called off due to trenchant opposition. When the PM arrived, the protests were intensifying and influencing the MPs and the media ask tough questions of the host, British Prime Minister Dav Cameron, demanding that he raise the issue of human right violations in India with Modi. The protest was not peripheral but mainstream: Labour Party leader Jeremy Corbyn was one of the signatories to this campaign.

The protest was not just about what happened in Gujarat in 2002 but also against the ‘intolerance’ displayed by t dominant ideology of the government which threatens to alter the inclusive and plural character of India. Perhaps for the first time since becoming PM, Modi was forced to take question from the media that were not fixed by his handlers. The BB and The Guardian asked him questions that many in the Indian media had wanted to since a middleaged Muslim was lynched in Uttar Pradesh’s Dadri by some Hindu supremacists for consuming beef.