Why Prisons Continue To Harbour The Most Marginalised Citizens 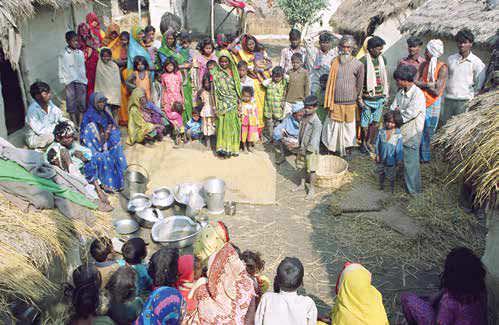 A young researcher speaks up for some accused, finds himself hauled up by the cops

A mosi is a tola of Khagariya district in Bihar. It is populated by some 300 musahar families; the musahar is a scheduled caste; at Amosi, they all live in thatched huts. one reaches the village after crossing the river Bagmati twice, so treacherous is its watery course. Amosi tola is some 5 km further up from Etuwa Dhalla, an embankment that contains a brimming Bagmati from inundating the human urban settlements. During the floods, which are an annual recurring phenomenon in the region, Etuwa Dhalla is where the people of submerged villages seek refuge.

Beyond Etuwa Dhalla lies urban chaos – undulated and potholed roads, naked red-brick houses (small and storied), a mass of squeaking people, scurrying poultry and cudding cattle. on the other side of it lie salubrious green fields, scattered thatched settlements and watery streams; people can occasionally be spotted but always in single silhouettes. Both sides exist in their respective worlds and Etuwa Dhalla is their dividing line; it is here that exchange between them is committed, garbs are donned, and a new language of communication is adopted.

Amosi’s claim to fame was its infamy: the village had come under the national spotlight when, in early October 2009, some of its wretched residents were accused of massacring 16 others from a nearby village. The media reported the massacre to be the doing of Naxals and called it an instance of land grabbing by the red insurgents, a possibility later discounted by chief minister Nitish Kumar. The police listed 37 male residents of Amosi tola as accused in the first information report (FIR). The names of the accused apparently were given to the police by the relatives of the victims. out of the 37 accused, a few had been arrested and put in jail; a few others were on the run. They were all Mahadalit, a social category newly christened by the Nitish Kumar government, such a christening being more political than constitutional.

On Christmas eve in 2009, I rode pillion on a motorbike with Varun choudhry, a grassroots activist with a Khagariya-based non-governmental organisation (NGO), to reach Amosi. my interest in Amosi was kindled not just by the october killing of backward caste people allegedly by dalits, but also by this recent political engineering over caste-mobilisation in Bihar. When we arrived, the village was in turmoil, yet overtly calm. A police party was in village to apprehend or enforce a kurki-jabti (attaching of property) against those absconding. It was going about breaking thatched huts of absconding accused, while the rest of the village mutely followed them in a procession.