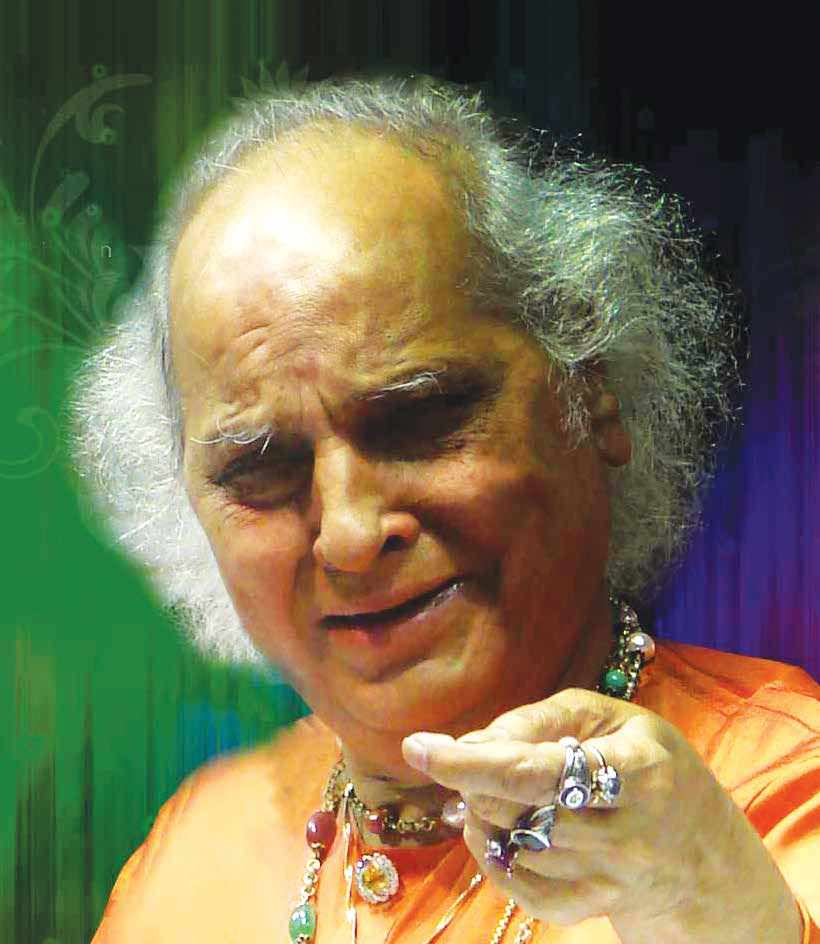 Born in a small village near Hisar in Haryana, Pandit Jasraj comes from a family of musicians of over four generations. Jasraj was initiated to music by his revered father, Pandit Motiram. Soon after his death, Jasraj went through intensive tutelage under his elder brother and guru, Pandit Maniram, and later under Maharaja Jaiwant Singh. He performed in the Mewati gharana style. Jasraj’s voice is known for its vocal range, extending over three-and-a-half octaves, perfect diction, clarity in sur and gayaki and command in all aspects of laya and rhythm. Jasraj has also trained young vocalists like Rattan Mohan Sharma and Kala Ramnath. He was awarded the Padma Bhushan in 1990 and the Padma Vibhushan in 2000. Recently, he sang ‘namami devi narmade’, the anthem of the Narmada Seva Mission of the Madhya Pradesh government.