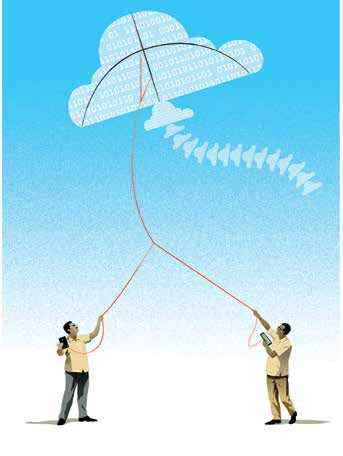 India may not take a heavy-handed approach in regulating cloud computing. The telecom regulatory authority of India (TRAI) is expected to submit its recommendations on cloud computing to the department of telecommunications (DOT) in the next couple of months, says an official aware of the matter. in its submission, the regulator is considering industry-friendly rules governing cloud technology – in line with the goals of the national telecom policy (NTP), 2012, which envisions India as “a global leader in the development and provision of cloud services”.

The TRAI and the ministry of electronics and information technology (MEITY) are the two government bodies that have been working in parallel to create an enabling environment for cloud computing for the last five years. But the two have not been working in tandem. Both are working separately on cloud computing framework, each with little or very less communication with the other, creating confusion in the industry and among users.

As per the 2012 telecom policy, the government proposes to take “new policy initiatives to ensure rapid expansion of new services and technologies at globally competitive prices by addressing the concerns of cloud users and other stakeholders”.

In 2012, the DOT had written to TRAI seeking its views on issues around cloud computing such as interoperability, security, quality of service and industry incentive. Four years later, in June last year, the regulator issued a consultation paper on cloud computing, requesting feedback on a set of 21 questions. various industry associations, including NASSCOM and the cellular operators association of India (COAI), had appealed against heavy-handed regulation in their submissions to the TRAI.

Keeping in mind the concerns raised by the industry, TRAI is planning to mandate registration of cloud service providers (CSPS). For this, companies based abroad may have to set up an office in India. TRAI, however, may not propose licensing of CSPS – an option stated in the consultation paper.