Light At The End Of The Tunnel 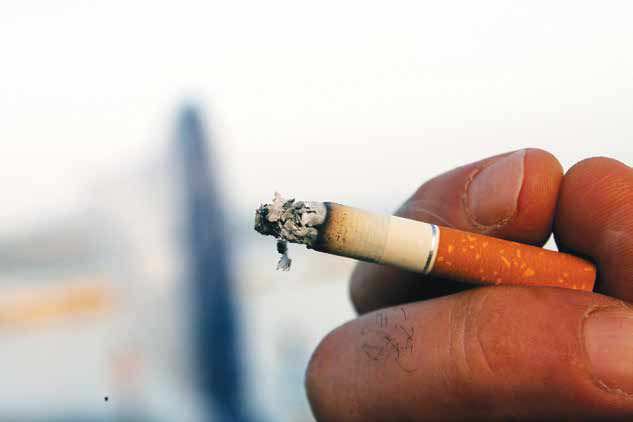 No doubt, the tobacco industry has proved the greatest stumbling block in promoting healthy lifestyles. But tobacco use is nevertheless falling

Tobacco is a major preventable cause of death and disease globally. it is a threat to development, environment, society and economy. many countries have strengthened their tobacco control legislation, guided by the World health organisation’s (Who) Framework convention on Tobacco control (FCTC).

The tobacco industry’s influence has been a major roadblock, subverting the implementation of public health policies across the world including india. The industry’s tactics involve sophisticated strategies, including litigation, interfering in policy development, circumventing law, discrediting science and constructing a positive social image through corporate social responsibility (CSR) initiatives. Tobacco control policies in india have witnessed these influences for every strong policy measure notified and enforced ever since the cigarettes and other Tobacco products act (COTPA) was enforced in 2004. despite these challenges, india has emerged as a global tobacco control leader, with the third largest graphic warning labels in the world and recent evidence of a 17% relative reduction in tobacco use prevalence in the country.

Several litigations have been filed by the industry allies against the ministry of health and family welfare (MOHFW) challenging COTPA and its notified rules.

While the industry loses most of these lawsuits that challenge government’s tobacco control measures, more than 100 cases are still pending in various courts in the country. The intent of these litigations is to delay enforcement of strong tobacco control measures. a recent review of internal documents of Philip morris from 2014 mentions “roadblocks are as important as solutions”. In India, the tobacco industry and its allies challenged issues, ranging from prohibition of smoking in public places to larger health warnings and the advertising ban – the most recent challenge being the hosting of the Who conference of parties (COP7) in india.