'How Can An Insurance Firm Promote Death?' 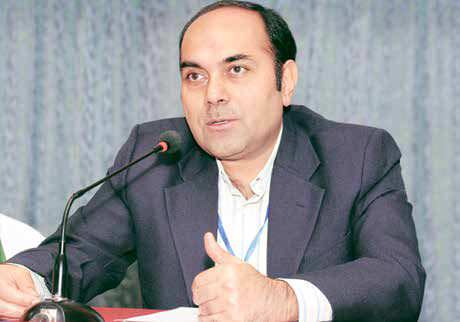 Dr Pankaj Chaturvedi, head and neck cancer surgeon at the Tata Memorial hospital in Mumbai, is a leading antitobacco activist. He joined hands with Sumitra Hooda Pednekar and others to file a PIL in the Bombay high court earlier this year, questioning the staterun insurance firm LIC’s investments in a leading cigarette-maker company. Edited excerpts from an interview with Geetanjali Minhas:

VK Sharma, LIC chief, defended the corporation’s investment in cigarette manufacturer ITC. He said, “LIC is sensitive to protecting policyholders’ interests and giving them good returns in the long run.” Also, “a sale of its stake holding would neither prevent people from taking up smoking nor help smokers kick the habit”. What is your response?

The government of India is committed to tobacco control through ministry of health (MoH) and that is evident as every packet has a warning that cigarette smoking causes cancer. The testimonials, pictures and warnings that we shot at Tata hospital were accepted by an expert committee constituted by the MoH. These pictures are now carried on all tobacco packets and testimonials are shown in cinema halls and Tv. The government has declared tobacco, pan masala without tobacco and sugary drinks which are the cause of health burden, that is, non-communicable diseases including cancer, as demerit goods and put them under the highest slab category in GsT. Beedi still remains out of this ambit and we are working on that. The Juvenile Justice act also says that sale of tobacco to minor children is a non-bailable offence.

The government is hell bent on controlling tobacco consumption, because it causes cancer. The earnings from the sale of tobacco are 17 percent of the loss from tobacco. We earn around ₹17,000 crore [through taxes] and lose around ₹1 lakh crore after killing one million people. so, (a) people are losing their lives, and (b) the government is losing its money. here is a product which by the admission of the industry itself leads to health hazards and kills people – we don’t even have to prove it. India is signatory to FcTc [Who’s Framework convention on Tobacco control] and it is a legal obligation on the government to comply with FcTc. FcTc very clearly says that there cannot be investment in tobacco companies and the government cannot take commissions from tobacco companies.