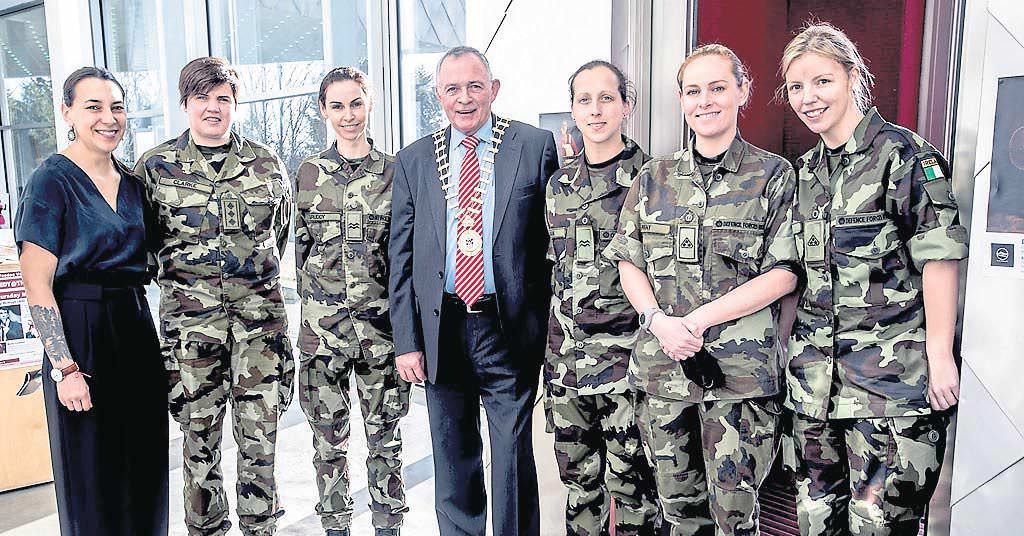 International Women’s Day was celebrated in Letterkenny last Wednesday when women from all over Donegal and the North West attended the ‘Visible & Invisible Women – 100 Years on in Donegal’ seminar in the Regional Cultural Centre followed by a workshop event in the County Museum.

Up to 70 people attended this event which heard from an array of speakers including Dr. Jennifer Redmond president of the Women’s History Association and lecturer in Modern Irish History at NUI Maynooth who talked about her work on tracing the story of women’s experience of migration and presented a profile of a number of Donegal women who migrated to the UK during the 20th century.

Dr. Redmond said: “I believe that it is important to tell the story of women and their experience of migration. Too often their stories go unheard.

“They just don’t think their stories are interesting enough but women’s experience of migration is often different to that of men.

“For the most part women who migrated worked mostly as domestic servants or went into nursing and in fact they were often more successful as they managed to progress in their careers and were able to blend in and contribute more to their new communities.”

In his opening address Cathaoirleach of Donegal County Council, Cllr. Terence Slowey said that he was honoured to have opened the seminar and to have celebrated International Women’s Day in this way. He said that this event is about examining and celebrating the often overlooked achievements of women in our history and we are being challenged to explore the visibility and invisibility of women in today’s society.