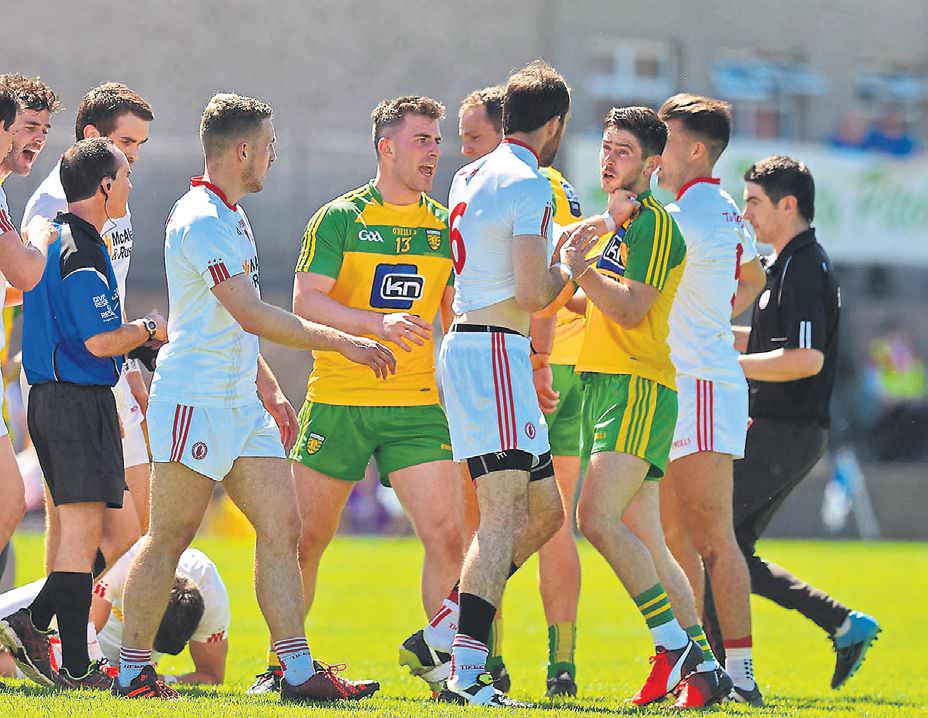 The decisive margins from Donegal’s Ulster final loss to Tyrone last year were as thin as they get.

But the reality was that particular Tir Chonaill group, and their Red Hand counterparts, were sides passing each other going in two very different directions. That Donegal, decorated but deteriorated, were rolling the dice for the very last time.

They’d earned the right to do so. But Rory Gallagher knew that for many, it was the final occasion they’d grace the Clones turf battling for the Anglo Celt Cup. Mickey Harte had been there before.

Back in 2011, Harte watched a side he’d assembled, a team that ruled Ulster and delivered three All-Ireland titles along the way, being overrun by Jim McGuinness’ upstarts from the Hills. It was the genesis of a seismic power shift inside the province.

That pendulum seemed to crash back the other direction last July when Tyrone came from behind to win their first Ulster SFC title since 2010, as late points from Peter Harte and Kieran McGeary ended not just Donegal on the day, but Donegal in that era.

Reflecting back to that boiling afternoon at St. Tiernach’s Park, Gallagher, openly and very honestly, dissects the variables and whether it was a game and an Ulster title they left behind.

In what was a tense but intriguing tussle, Donegal led 0-7 to 0-4 at the turnaround. 13 seconds into the new period Patrick McBrearty left Tyrone chasing double scores. Gallagher had a decision to make. Does he stick or does he twist?

Do Donegal even have the legs or energy to see either approach through? In the dying seconds, Sean Cavanagh’s huge hanging effort just about clears the bar to square matters up at 0-11 apiece. It was more than just a leveler-type score.

Peter Harte, following that lead, hammers over an even more audacious ping. Donegal, on the ropes, were eventually helped to the floor by Kieran McGeary as Tyrone crossed the line by 0-13 to 0-11.

The narrative painted in the days and weeks afterwards was that Donegal had the game won – or at least at 0-8 to 0-4 – were one score off from putting Tyrone away.

“I was told a long time ago there is a thin line between a fool and a hero,” said Gallagher on how events would transpire from that moment, the 36th minute to be precise, on.

“There is no doubt about that. That’s the level of sport we’re at. Look at PSG and Barca last week. PSG’s manager was three or four minutes away from being a hero. Today he’s not. You just have to judge things and look at them in the long term. There is no doubt that day and the days after the Ulster final we didn’t feel too good about ourselves.

“Rightly, it was Tyrone that got all the plaudits. They won the game. Nothing else matters on a day like that. I probably would do a couple of things defensively different – I’m not going to go into them right now, but there’s no doubt.