The way forward on migrant issues 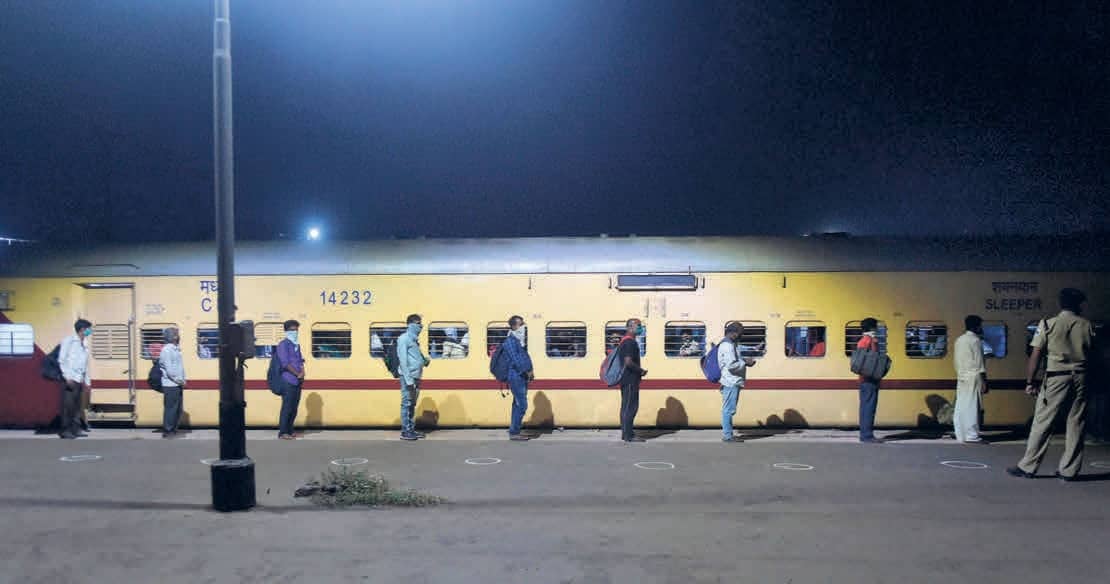 Even as Kerala and Odisha have taken proactive measures for migrant welfare in the wake of the lockdown, a permanent solution to migrants’ problems may lie in the implementation of the report of the first-ever task force on migration that was submitted to the Centre in 2017.

INTER-STATE MIGRANTS, LARGE NUMBERS of whom have been stranded in their cities of work with little means of survival and no way to get back home, are among the worst affected in the nationwide lockdown imposed since March 24. Images of hundreds of them, stranded at various transit points such as bus stops and railway stations, and trying to make the journey back home on foot, have stirred the nation’s conscience. They have also, even if belatedly, raised questions on the responsibilities of States towards internal migrants who help sustain their economies and of the Centre in terms of the effects of its sudden, large-scale decisions on the lives and livelihoods of millions.

States such as Odisha, West Bengal and Bihar, which contribute a large share of migrant workers, have taken some measures to protect migrants in the destination States. Odisha’s model of intervention has been quite effective, with timely implementation made through the State Ministries of Labour, Education, Women and Child Welfare and Panchayati Raj institutions.

This also reveals the structure of the Indian federal system and its powers in ensuring citizens’ rights. The “sending” States are keen to protect their labour from exploitation. For instance, the Department of Non-Resident Keralite Affairs (NORKA) has provided call centre helplines for their migrants in most Indian cities, including Chennai, Mumbai and Delhi. NORKA has also set up call centres for emigrants in the Gulf countries. Many sending States have enabled a help desk for their workers in the capital cities of “destination” States such as Mumbai and Delhi, other State capitals and industrial towns in other States. However, such facilities are limited to the volume of migration that is taking place from the sending to the destination States.

The general movement of labour is from the North and East India to the West and South. Some of the prominent labour-sending States are Bihar, Uttar Pradesh, West Bengal, Rajasthan, Chhattisgarh, Jharkhand, Madhya Pradesh, Uttarakhand and Odisha. Gujarat, Maharashtra, Delhi, Haryana, Punjab, Karnataka, Tamil Nadu and Kerala serve as the key labour recipients. This is owing to the demographic divide between the South and North in terms of demographic dividend and transition. Moreover, the months from December-January to June-July are the time when seasonal migrants are in destination States, working in construction sites, brick kilns, and rice mills, among others.

The focus of this article is on the number of interState migrants as captured by Census 2011 and Economic Survey of India 2017, and the recommendations on the various issues of internal migration made by the working group on migration set up by the Union Ministry of Urban Affairs in 2015. It also details the various responses of the Centre and the States, and the road ahead, both in ensuring that large shocks such as the current one do not affect migrant lives and livelihoods and in preventing adversities in future. 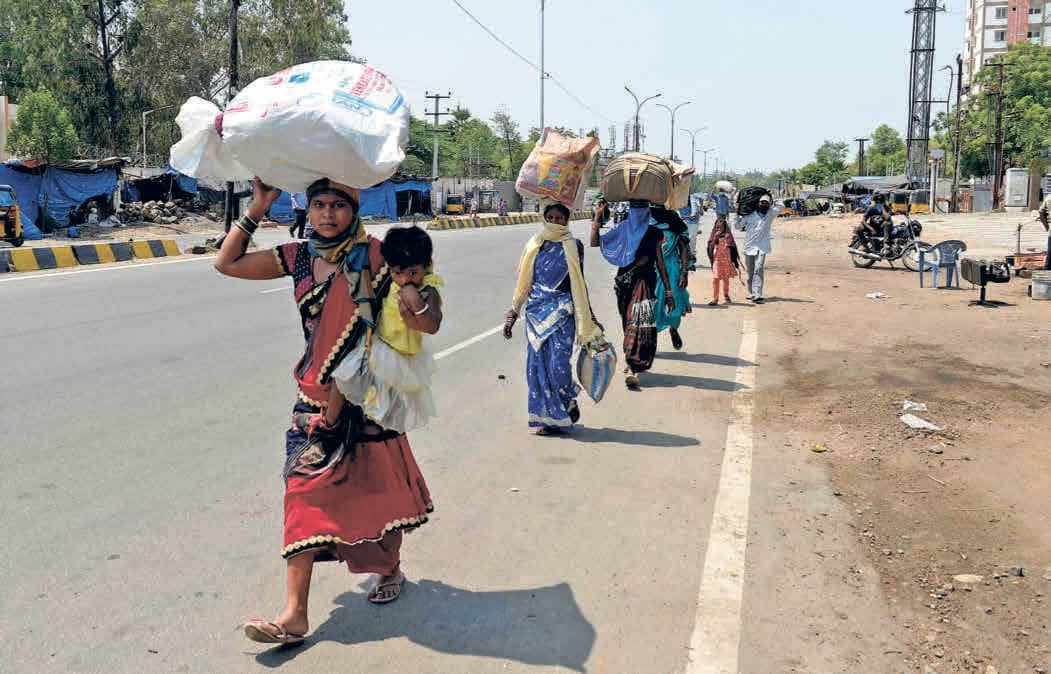 India’s total population, as recorded in Census 2011, stands at 1.21 billion. Internal migrants in India number 454 million, or 37 per cent of the population. That said, internal migration remains grossly underestimated owing to empirical and conceptual difficulties in measurement.

India experienced rapid urbanisation between 2001 and 2011, with an estimated 31.8 per cent decadal growth. Migration, one of the components of India’s urban growth, is expected to increase in the foreseeable future. The number of internal migrants is expected to cross 550 million by 2021. Policies such as the National Smart Cities Mission have also contributed to this phenomenon. During 2001-2011, India saw an increase of 139 million to its migrant workforce. The internal migration almost doubled during 20 years—from 220 million in 1991 to 454 million in 2011.

Migration in India is primarily of two types: (a) longterm migration, resulting in the relocation of an individual or household; and (b) short-term or seasonal/circular migration, involving back-and-forth movement between a source and destination. According to National Sample Survey estimates, 28.3 per cent of workers in India are migrants. By this yardstick, India has approximately 175 million internal migrants who move for work in the informal sector and support the lifeline of many State economies.

For the first time in the history of the country, the Economic Survey of India 2017 stated that an average of nine million people migrated between States every year for either education or work. The Survey revealed that States such as Delhi, Maharashtra, Tamil Nadu and Gujarat attracted large numbers of migrants from Uttar Pradesh, Bihar, and Madhya Pradesh. According to the Survey, internal migration rates dipped in Maharashtra and surged in Tamil Nadu and Kerala, reflecting the growing pull of southern States in India’s migration dynamics. The out-migration rate, or the rate at which people have moved out of their State, increased in Madhya Pradesh, Bihar and Uttar Pradesh, and dipped in Assam. The Survey reinforced the fact that the less affluent States have more out-migrants and the most affluent States are the largest recipients of inter-State migrants.