The Spectre Of IMF 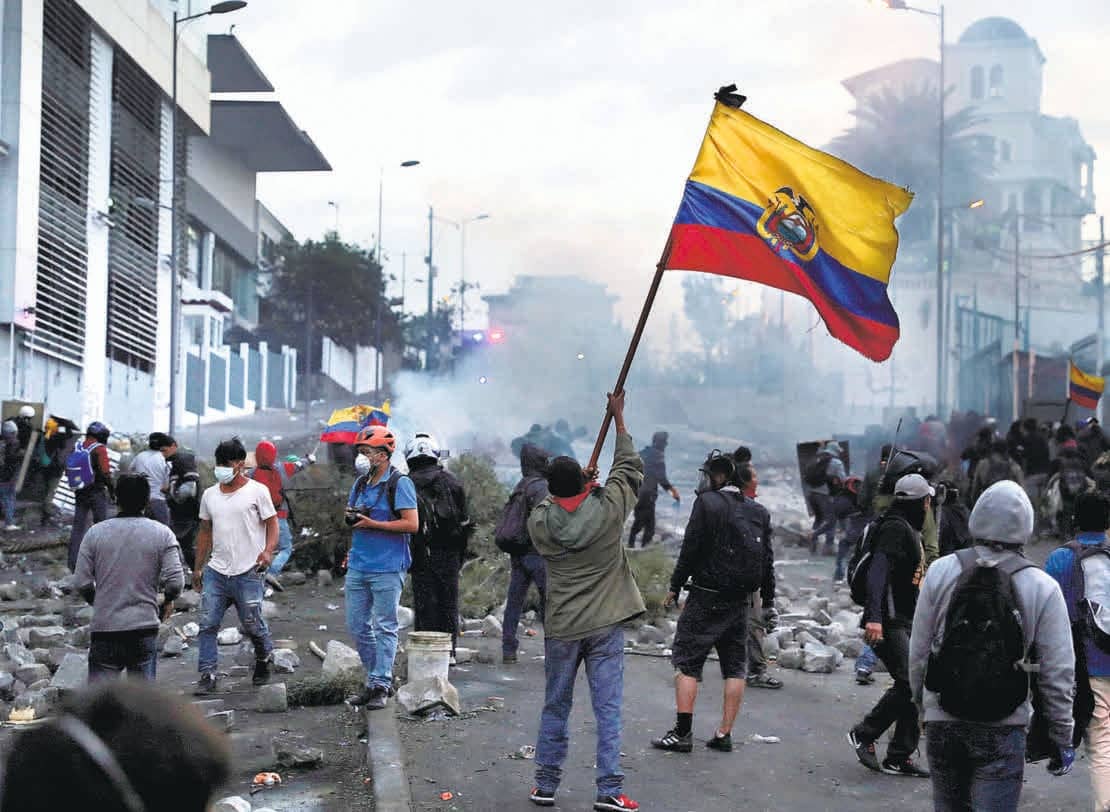 After protests break out across the country, President Lenin Moreno withdraws the decree announcing the removal of fuel subsidies that was a part of the IMF-imposed austerity programme.

EVERYTHING ABOUT ECUADOR PRESIDENT Lenin Moreno’s speech on October 1 appeared to be anachronistic. There he was, a smile on his face, offering his people an end to fuel subsidies for this energy-rich country and massive cuts in public workers’ benefits and wages. This, he said, was the price to be paid by the Ecuadorean people for a loan from the International Monetary Fund (IMF). The next day, the IMF described Moreno’s package as one that would “protect the poor and most vulnerable” and “generate jobs in a more competitive economy”.

Few Ecuadoreans believed either Moreno or the IMF. It appeared that once more the people were being asked to tighten their belts so that the country’s oligarchy and international creditors could emerge from the crisis unscathed. No wonder that the trade unions (the United Workers Front, FUT), the students, and most importantly, the indigenous organization (the Confederation of Indigenous Nationalities of Ecuador, CONAIE) came out onto the streets to protest against Moreno and the IMF on October 3. They said they would go on an indefinite general strike as long as Moreno and the IMF continued to push the austerity agenda. For weeks now, Ecuador has been in crisis, with the momentum no longer in the hands of Moreno or the IMF; the streets are in charge, and Moreno appears less and less confident of remaining the country’s President. 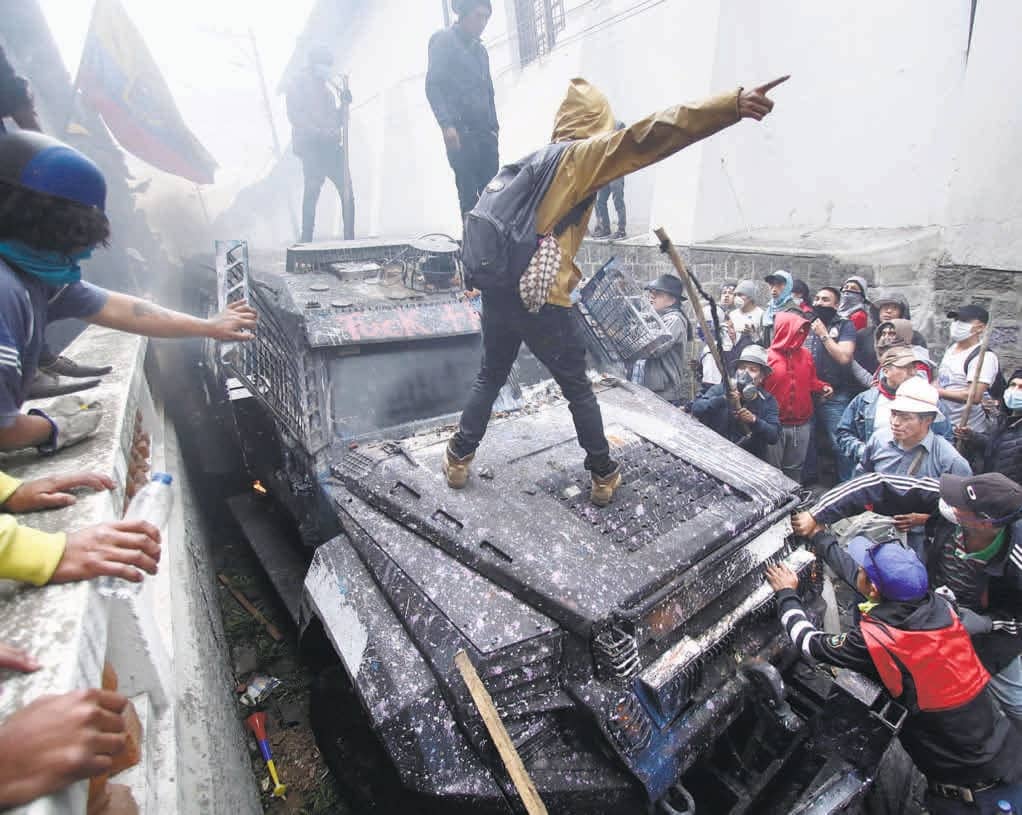 It was this fragility that led Moreno to declare a state of emergency on October 4, on the second day of the protests. The Constitution allows the President to sustain this emergency for 60 days. Nonetheless, the declaration of emergency did not stop the protests. They continue unabated. Matters became so difficult for Moreno that he relocated his government from Quito to the city of Guayaquil. The protests, like a wave, crashed on the Carondelet Palace and the National Assembly. He ran from the anger, only to return days later when his armed forces had beaten back the protests for the moment.