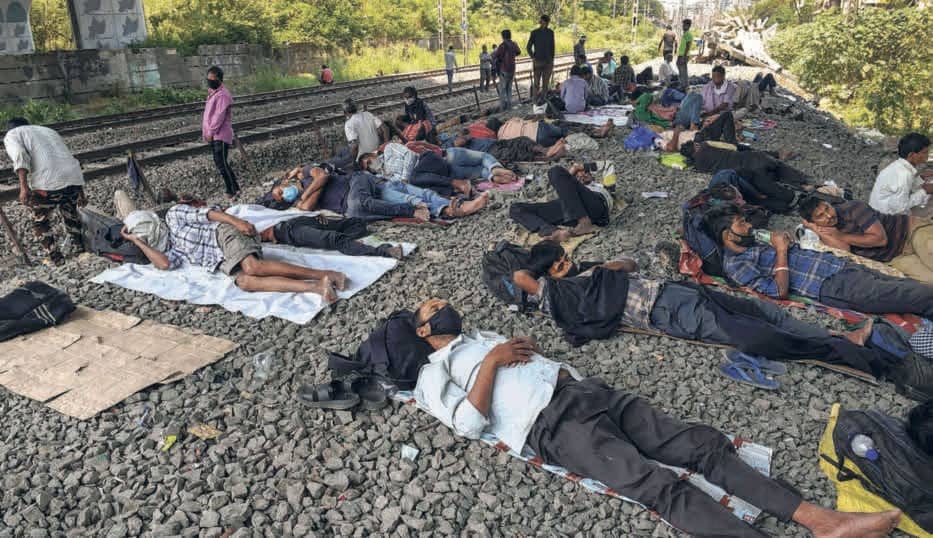 In Maharashtra, Mumbai is emerging a hotspot, but the people are generally happy with the government’s efforts to contain the virus and ensure that people’s needs are met during the lockdown.

ON APRIL 14, MAHARASHTRA’S TALLY OF coronavirus cases more than doubled in a matter of six days. With 352 new cases detected the previous day, the State’s tally reached 2,690. As many as 178 deaths were recorded until April 15. By April 17, the number of cases had soared to 3,202 with and 194 deaths.

Mumbai still leads in the number of coronavirus positive cases with 2,073 cases and 117 deaths. Apart from Mumbai, there were 350 cases in the Mumbai Metropolitan regions. Pune had 473 cases; Malegaon had 40; Nagpur had 56, Aurangabad and Ahmednagar had 28, and Sangli had 26.

Malegaon in Nashik district has seen a surge in the number of coronavirus cases. On October 13, 14 cases were reported from the area, taking the tally to 29, and by October 17 it was 40. It is being looked at as another cluster where the spread has spiked. The district authorities, in conjunction with the municipal council, are looking at demarcating containment areas in the city. Government officials are not ruling out the possibility of the presence of Delhi-returned Tablighi Jamaat members in the area.

Mapping the virus shows an interesting progression. The State took 30 days to cross the 1,000-case mark on April 7, while it crossed the 2,000 mark in just six days. However, the State Health Department is not unduly worried about the increase in cases. A ward-level doctor, requesting anonymity, said: “The spread of the virus is still at stage 2. This means [it is restricted to] people who have had a history of travel or those who have come in contact with an infected person. It is easier to detect these cases and those around them through contact tracing.”