In search of a strategy 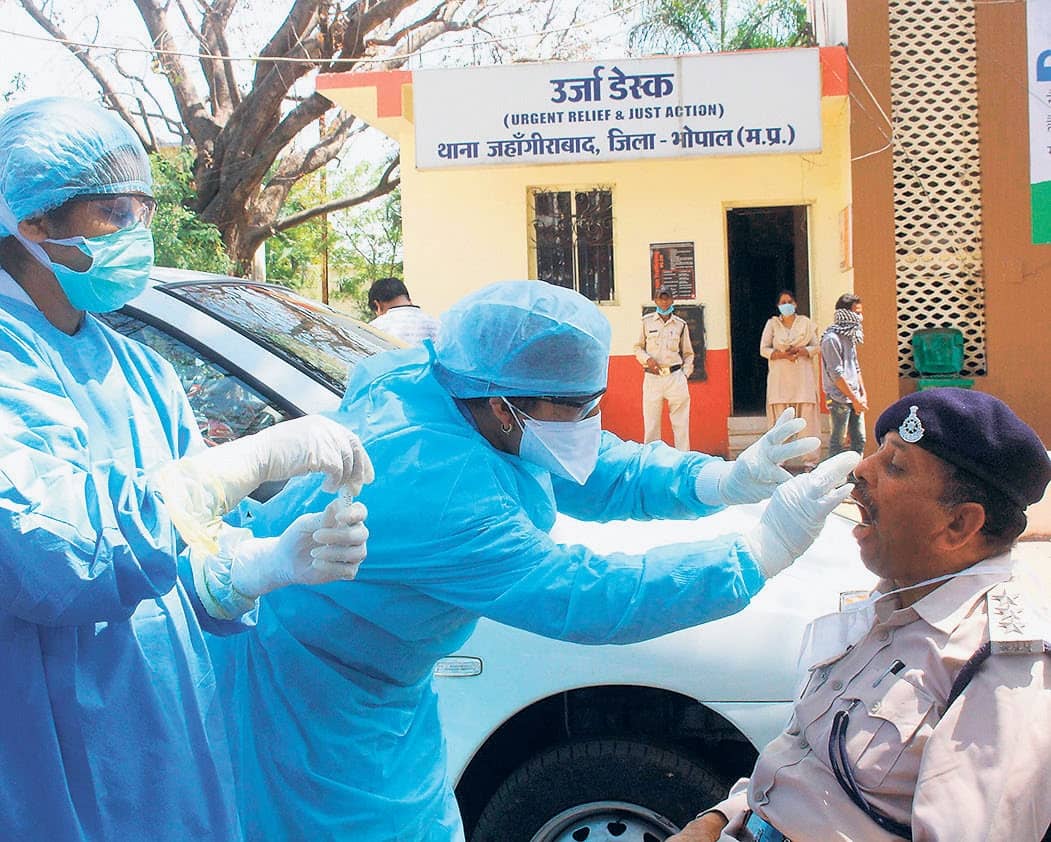 There is a lack of clarity on the epidemiological basis for the extension of the lockdown and an information gap at various levels on containment procedures.

ONE OF THE DISTINCTIVE FEATURES OF THE Central government’s response to the outbreak of COVID-19 has been in the nature of dealing with it as a law and order problem in successfully implementing the nationwide lockdown and in comparing the mortality and morbidity rates in the country with that of developed countries where they have been high. Prime Minister Narendra Modi’s address on April 14 announcing the extension of the lockdown had little to offer by way of assurances on how the outbreak was being handled save for an exhortation to adhere to the lockdown at any cost.

Informed sources told Frontline that the National Task Force for COVID-19, which comprises medical experts, including from the Indian Council of Medical Research (ICMR), was not consulted before extending the lockdown. Hence, what the epidemiological basis was for continuing with the lockdown is not known. “While the lockdown is appropriately a political decision, taking many factors into account, the considerations we would reasonably expect to inform the decision-making are evidence and scientific assessments. To disregard these is problematic, particularly with the stakes involved,” said a public health expert.

The spread of the epidemic, by and large, has been in cities in States that report a higher per capita income than others. This is akin to the international pattern of least developed and developing countries reporting fewer cases than Western democracies. The Central government, in its daily briefings by representatives from the Health and the Home Ministries, says that everything is under control, yet there have been reports of shortfalls in protective gear for medical personnel, and overcharging, even denial of health care, by the private sector. There were reports of a doctor being terminated from service in a government hospital for raising the issue of shortage of personal protective equipment (PPE). He apparently secured it from a source and distributed it in the hospital he worked. On April 15, five lakh rapid antibody testing kits arrived from China, but Raman R. Gangakhedkar, head of the Epidemiology and Communicable Diseases Division at ICMR, told the media that it was not for diagnosing COVID-19 but for surveillance purposes.

THE TREND SO FAR

There is little disagreement on the point that the lockdown has limited the spread of the epidemic, but inadequate testing remains an issue. The government still maintains that there has been no widespread community transmission. However, between March 25 and April 10, there was a sevenfold increase in the number of COVID cases in the country. Maharashtra, Madhya Pradesh, Rajasthan and Gujarat accounted for nearly 47 per cent of the total number of cases in the country and the number of active cases continued to indicate an upward trend in Maharashtra, Madhya Pradesh and Gujarat. In Madhya Pradesh, the number of cases saw an upward spiral from March 29, while in Gujarat it rose steeply between April 7 and 16 and showed little sign of slowing down even beyond that date.

On April 16, two days after the lockdown was extended, Kerala became the first State in which recovered cases outnumbered active cases. In fact, the Central government has fallen short of acknowledging Kerala’s success in containing the spread even before the lockdown was announced on March 25. On the other hand, the Bhilwara model, where an entire district in Rajasthan was sealed after a doctor in a private hospital passed on the infection to a patient who died later in Jaipur, was the focus of all the attention.