In search of a road map 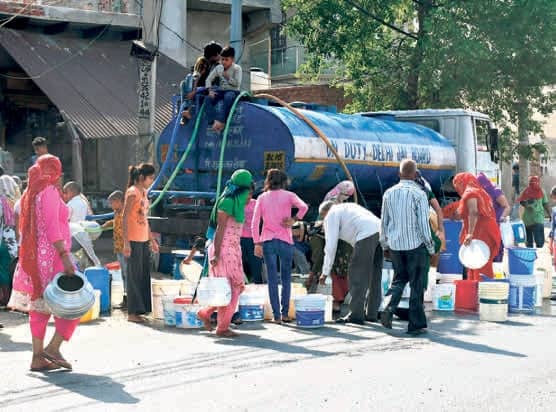 It is now increasingly clear that the government did not think through and provide for the consequences of the lockdown.

THE UNION GOVERNMENT HAS BEEN TAKING pride in its supposedly graded, pre-emptive and proactive approach in tackling the COVID-19 crisis. Yet a close look at the way the authorities have gone about the task gives the lie to these claims. India’s case fatality rate (CFR) has been very low and it has been possible to slow down the rate of “doubling” of new cases. Yet, this does not really show the real picture. The comparison with European countries such as Italy or Spain that have had an abnormally high spread of the infection and case fatalities owing to demographic factors makes little sense. Any comparison should ideally have been made with countries with similar populations and demographic indicators like age and stages of development. In fact, fatalities have been low in much of the developing world—in Africa, South and South East Asia, and also Eastern Europe.

Unlike in many other countries where the epidemic is ebbing, it is still on the rise in India and has, in fact, spread significantly in May. Testing capacities have been stepped up to around 95,000 a day. Yet, according to data available on the website of Worldometers, a global COVID-19 online tracker, India ranks 14th among countries with the highest number of cases but its testing per million population is much lower than that of countries with fewer confirmed cases such as Vietnam, Taiwan, and Thailand.

The government now belatedly realises the consequences of a blanket lockdown for people with non-COVID morbidities such as diabetes, haemophilia, cancer, and for patients requiring critical care such as dialysis and blood transfusion. The consequences of the suspension of immunisation services and hurdles created in the check-up of pregnant women requiring antenatal care are also sinking in.

The violation of government advisories issued to private hospitals not to deny care or insist on COVID testing before administering care indicates the government’s complete lack of control over private health care operators. The private sector now accounts for the bulk of health care services in the country.

On April 28, Union Health Secretary Preeti Sudan wrote to the Chief Secretaries of States and Union Territories regarding the importance of providing non-COVID medical services such as reproductive and child health (RCH) services, immunisation, dialysis, and treatment for communicable diseases like tuberculosis and leprosy and vector-borne diseases as well as noncommunicable diseases like cancer. She recalled that detailed guidelines and SoPs (standard operating procedure) had been issued earlier for dialysis and blood transfusion.

She also wrote that on April 20 the Union Health Minister had communicated to all State Health Ministers to ensure uninterrupted blood donation and transfusion services for people suffering from rare blood disorders such as thalassemia, haemophilia and sickle cell anaemia. (India has approximately two lakh haemophilia patients and around 1.5 lakh thalassemia patients, the highest in the world. Sickle cell anaemia is prevalent among tribal populations in the southern, central, and western parts of the country.)

The Health Secretary noted that the Ministry had received reports that “many hospitals in the private sector” were “hesitating in providing critical services such as dialysis, blood transfusion, chemotherapy and institutional deliveries to their regular patients either on account fear of contracting COVID-19 or they were keeping their hospitals/ clinics closed”. In many places, she wrote, hospitals and clinics were insisting on testing people for COVID-19 before providing services. She referred to a letter sent by the Ministry of Home Affairs on April 15 that all health services should be functional during the lockdown.

“I request you to ensure that above measures are taken in consultation with the health fraternity in your State/UT to allay the fears, alleviate uncertainty and to ensure that all the health facilities, especially those in the private sector, both clinics, and hospitals, do remain functional…,” she said. She also marked a copy of her letter to a member of the NITI Aayog for “taking up issues with the private sector.”

PROFITEERING IN A CRISIS