How Not To Handle An Epidemic 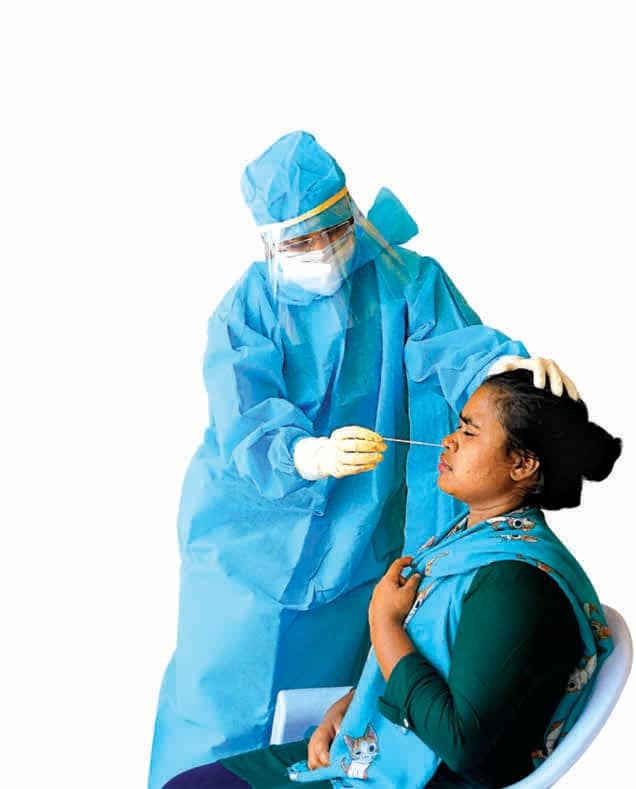 The lockdowns were meant to buy time to put in place appropriate health measures and contain the coronavirus’ spread, but they have failed to achieve the objective and heaped immense misery on the marginalised sections of society. India is still in the exponential phase of the COVID-19 infection and community transmission is a reality that the government refuses to accept.

As the country enters the fourth phase of lockdown, albeit with the easing of many restrictions and opening up of some essential economic activities, it is still not out of the COVID-19 woods. With the total number of confirmed cases (as against the true number of infections) standing at 1,12,359 as of May 21, the caseload is still increasing at the rate of over 5,000 cases a day. Although the graph may appear to be showing some signs of levelling off, given the past trend, it is not certain that it may begin to decline soon.

The growth factor—the ratio of increases in caseloads on two consecutive days—has continued to remain mostly a little over 1, which means we are still in the exponential phase (Fig. 1). Of course, the national picture reflects the situation in some problem States. Barring Punjab, the other States that were discussed in the Frontline issue dated May 22 continue to be problematic. Moreover, Madhya Pradesh and Rajasthan, whose trajectories had seemed to bend down from the exponential phase are now showing signs of trend reversal. Of serious concern will be the case of West Bengal, which will be subjected to the double whammy of COVID-19 and the supercyclone “Amphan”. The cyclone’s landfall and its continuing north-north-eastward trajectory over land, which has just passed 270 kilometres north-north-east of Kolkata into Bangladesh, with wind speeds touching 70-80 kmph, is likely to result in widespread devastation of life and property in and around that region. 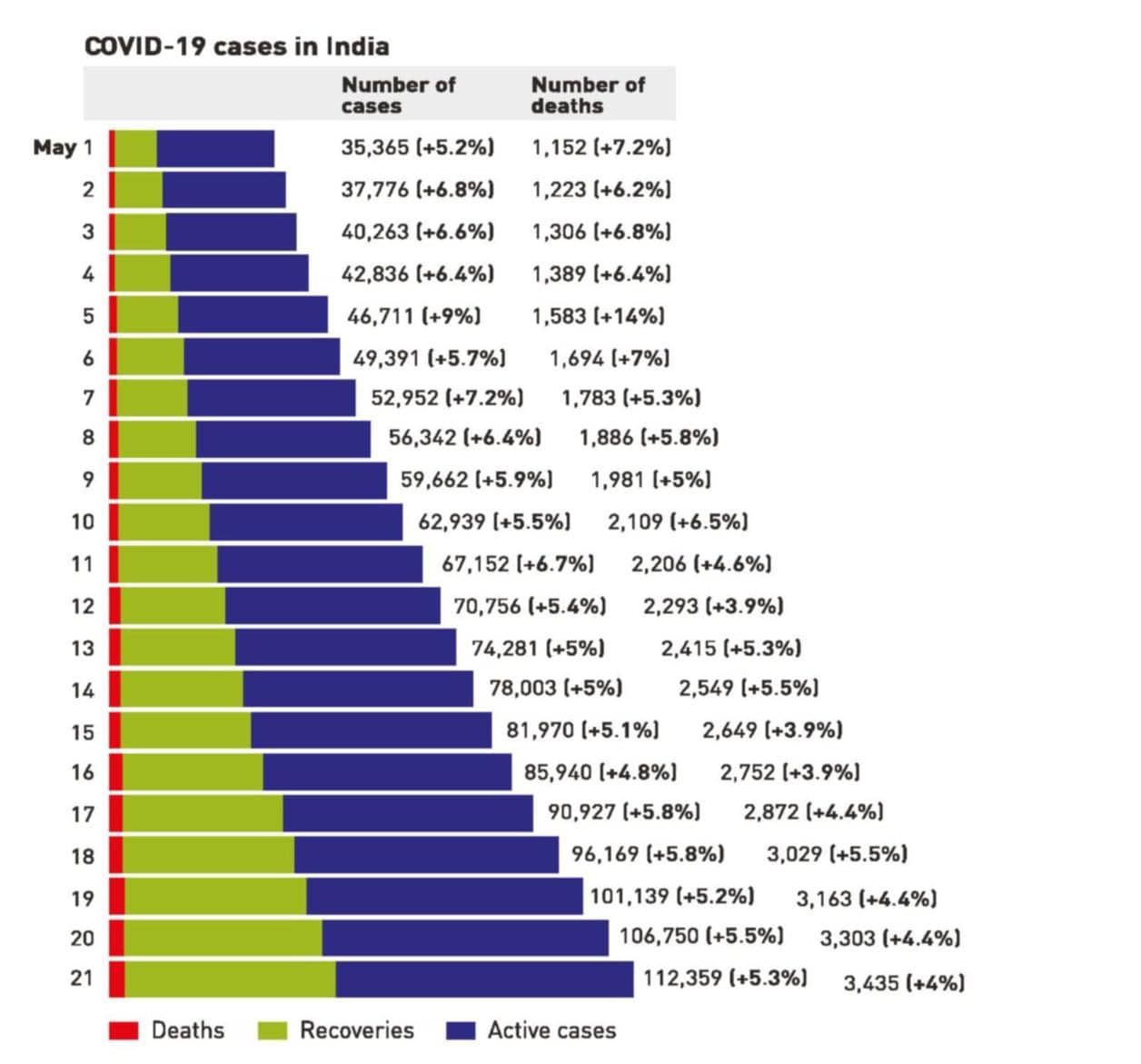 Interestingly, news reports suggest that, as in the case of the previous lockdowns (Frontline, May 22), the decision to extend the lockdown into the fourth phase was taken once again without the consensus opinion of the specially constituted National COVID-19 Task Force or other epidemiologists and medical experts. A member of the Task Force has been quoted in one of the news reports as saying that while lockdowns cut down the rate of transmission, they cannot stop transmission itself. This what the virologist T. Jacob John and the epidemiologist Jayaprakash Muliyil had told Frontline.

Vinod Paul, NITI Aayog member and Chairman of the Task Force, famously claimed in his presentation to the press on April 24 that India would see no COVID-19 case after mid May. Paul has now become a laughing stock, and the country continues to stare at the growing number of infections. The only answer the government seems to have is “lockdown”.

In fact, displaying utter ignorance, Union Health Ministry Joint Secretary Lav Agarwal is reported to have said more than once at press briefings that because of the lockdowns and social distancing, cases may never peak in India. Even a schoolchild would know that this implies a never-ending outbreak. More pertinently, that is an epidemiological impossibility; the number of cases in any outbreak has to peak and then decline. According to Randeep Guleria, director of the All India Institute of Medical Sciences (AIIMS) and member of the Task Force, the peak caseload will probably be reached sometime in July. But, given the present trend, it is more likely to happen in late August.