How A Virus Evolves

FRONTLINE|May 22, 2020
We're offering this story for free to read so that you can stay updated on the COVID-19 outbreak 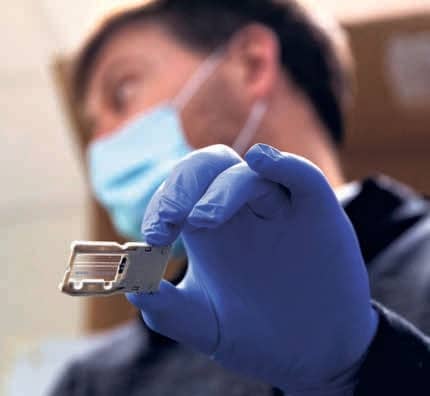 The mutations of SARS-CoV-2, according to a new study, have led to the emergence of a dominant virus type, Type A2a, distinctly different from the original virus, Type O, that emerged from Wuhan, and spreading with much higher frequencies than the original version.

Viruses readily mutate. There is nothing surprising about this because it is their nature to do so. This happens due to the imperfect copying mechanism at work as viruses replicate in the cells of infected hosts.

The complete set of genetic information needed to sustain an organism, such as the virus, is its genome, which, in the case of viruses, can be made up either of the DNA or the RNA molecule. The DNA and the RNA can be thought of as a string of (genetic) letters, and a genome can be imagined to be long stretches of these letters with different parts of it encoding for different proteins required for the organism’s existence. Mutations are just random errors that occur during the process of copying these letters during viral multiplication and such errors accumulate during every replicating cycle, which can occur within hours or even less. RNA viruses mutate faster than DNA viruses because their replication mechanism is intrinsically more error-prone. Likewise single-stranded viruses mutate more often than double-stranded ones.

Viruses cannot exist in isolation; they need a host to replicate and survive. Mutations generate a diversity of virus population in a single infected host. This amazing ability of viruses to mutate is what drives their evolutionary change. Most mutations may be inconsequential. But mutations that adversely affect some virus function or the other, which impede its sustenance, will get removed by natural selection. If during an outbreak, a mutated virus with a greater (or lesser) degree of infectivity or virulence were to appear in a population, it does not immediately follow that the mutation will sustain and continue to spread with high frequency, unless it gives the virus a selective advantage as instances during the current COVID-19 pandemic that we consider below illustrate.

The causative virus of COVID-19, the coronavirus SARS-CoV-2 virus, is an RNA virus (with about 30,000 nucleotides—the basic building block of DNA/RNA— coding for 29 proteins) and is also single-stranded. So, frequent mutations in the virus are only to be expected and naturally, therefore, researchers have observed many mutations in the SARS-CoV-2 genomes from samples of COVID-19 patients in different parts of the world since the outbreak began in Wuhan in central China in December 2019. Most of these mutations have been substitutions of a single nucleotide, known as single nucleotide variants (SNVs), at different genetic sites in the genome. At the viral protein level, these SNVs translate into replacements of single amino acids in different proteins.

Most genome-based analyses of the dynamics of evolution so far were largely focussed on the early phase of the pandemic, up to early March at best. A Chinese study with 103 genomes that were available in a public database in January found that SARS-CoV-2 had evolved into two major types. A more recent study based on 160 genomes that were available until March 3, which was published on April 8, identified three major types. Given the limited sample sizes in these studies, and also not being over a sufficiently longer period, a clearer evolutionary picture did not emerge until now. We know that the geographical spread of the virus was extremely rapid in March, which would have greatly increased mutation probabilities. Nidhan Biswas and Partha Majumder of the National Institute of Biomedical Genomics (NIBG) at Kalyani in West Bengal recently completed a more comprehensive and systematic analysis using a much larger public database of genomes, which maps their geographical origins, examines the emergence of virus groupings and their mutual relationships based on the observed mutations in an evolutionary tree (called phylogenetic tree) and the frequencies—both spatial and temporal—of their spread. This work is due to appear shortly in The Indian Journal of Medical Research. 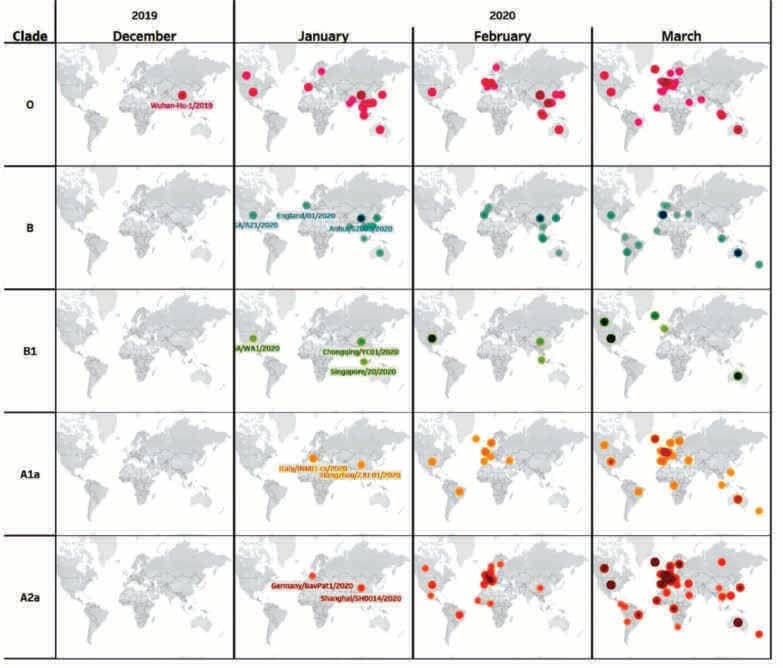 The two researchers have found that mutations of the virus have led to the emergence of a type that is distinctly and significantly different from the original virus that emerged from Wuhan and, by March-end, this mutated version had already substantially replaced the ancestral version in virtually all geographical regions of the world. It has now begun to spread with much higher frequencies than the original version and the other mutated types that emerged during the course of the pandemic, and seems to be establishing itself as the major virus type being transmitted in most countries as infections continue to grow across the world.

Biswas and Majumder analysed 3,636 full genome sequences of SARS-CoV-2 obtained from virus isolates from patients from 55 countries available from the public database www.gisaid.org covering the period from December 2019 to March-end. According to the authors, the entire set of mutations observed so far can be classified into 11 virus types, each of which can be characterised by one or a few defining mutations. Of these, Type A2a is emerging as the dominant virus type almost everywhere, sweeping away by selection the original Type O isolated from Wuhan that held sway in the early phase of the pandemic (Fig. 1). This also implies that the other 10 types are derived from Type O.

Fig. 2 suggests that Type A2a began to emerge around the ninth or tenth week since the outbreak started and currently accounts for over half of all genomic sequences across the world. The unique mutation that is seen in Type A2a is obviously endowing the virus with a selective functional advantage over the other types, Type O in particular. The authors have argued that the increasing frequency of this evolved type in different parts of the world is an indication of positive selection pressure at work enabling the virus to establish itself in the human population across the world.

Before we discuss what this selective advantage is, and its enabling mutation, it is instructive to look at what is currently known about the evolutionary history of the SARS-CoV-2 virus itself and also talk about its early evolution revealed by data from the earlier phases of the pandemic as reported in scientific literature and the media.