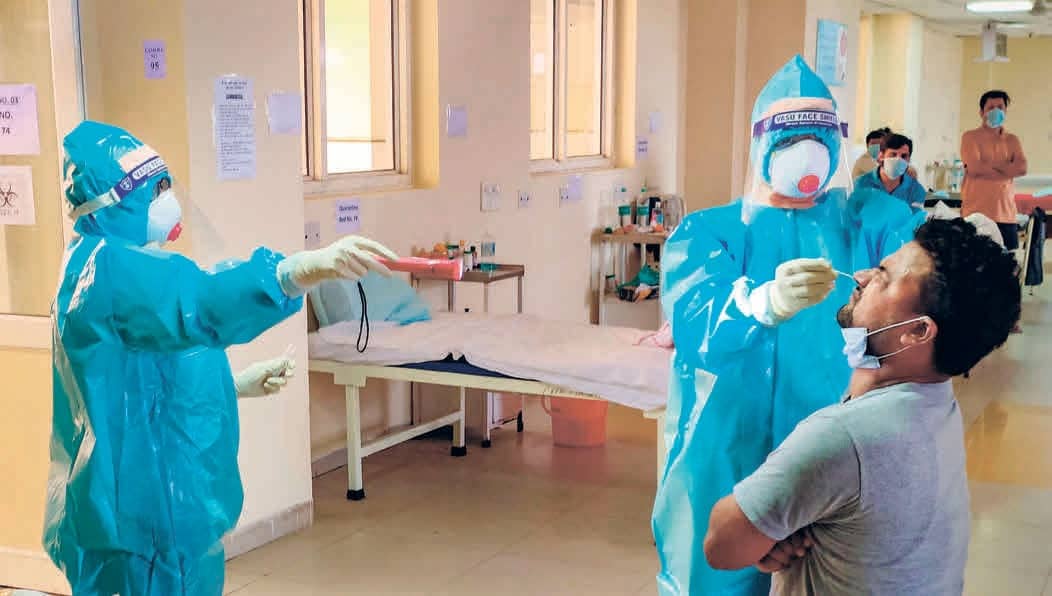 WITH ITS POOR PUBLIC health system, India ranks amongst the lowest in the world in terms of testing rates per million population for COVID-19. The lockdown from March 25, extended on April 14 up to May 3 and subsequently to May 17 with a partial opening up, gave the government time to work out a strategy and also reduced the burden on hospitalisations. While the spread of the virus may have been contained to an extent, there is little certainty on whether it has been suppressed.

Professor Srinath Reddy, who is a member of the 21-member high-level technical committee of public health experts, chaired by NITI Aayog member Dr. V.K. Paul, spoke to Frontline about the limitations of testing in the general population, the importance of random sampling, surveillance of influenzalike illness (ILI) and severe acute respiratory infection (SARI), and the impact of physical distancing on the poor. Excerpts:

The experiences of dealing with the outbreak are varied across countries, particularly with regard to the extent of lockdown measures, scale of testing, and the relative weightage given to these two. The government’s current strategy is to expand testing, which is also what the WHO recommends. Have we, however, lost precious time by not scaling up testing during the 30 days of the lockdown? Given the limitations of both an extended lockdown and of testing a 1.3 billion population, what options does India have going forward?

Testing is an instrument that is intended to identify an infected person who is still harbouring the virus and is potentially capable of infecting others. The action that follows is isolation at home or hospital, depending on the clinical severity of infection. For COVID-19 virus, the test is not a guide to any specific therapy that targets the virus, as no evidence-backed therapy is as yet available. If the intent is to prevent viral transmission by isolating the infected person and his or her contacts, a full lockdown serves that purpose even without extensive testing. If effective, it separates both symptomatic and asymptomatic infected persons from others for three weeks of full lockdown and 19 days of partial lockdown.

Extensive testing of asymptomatic persons in the general population would not have been possible, given our large and diverse population. There were also limitations in terms of the number of testing kits for this new virus and of personal protection equipment for health care personnel conducting sample collection and analyses. The lockdown served the purpose of isolation, while giving the health system [time] to build up its resources.

It is also incorrect to think that testing should invariably drive the response strategy. Vietnam, which is a relatively unpublicised leader among Asian countries in achieving admirable control, decided not to adopt the strategy of mass testing, but combined strategic testing with other public health measures. Though South Korea has been widely cited as an example of testing-led control, globally there has been no strong correlation between testing rates and death rates. Just compare the widely divergent experiences of Belgium and Bolivia, with the same population size. While Bolivia tested at 2.5 per cent, the rate of Belgium, the European nation had 6,917 deaths compared with the South American nation’s 44 when checked on April 25. So, context matters.