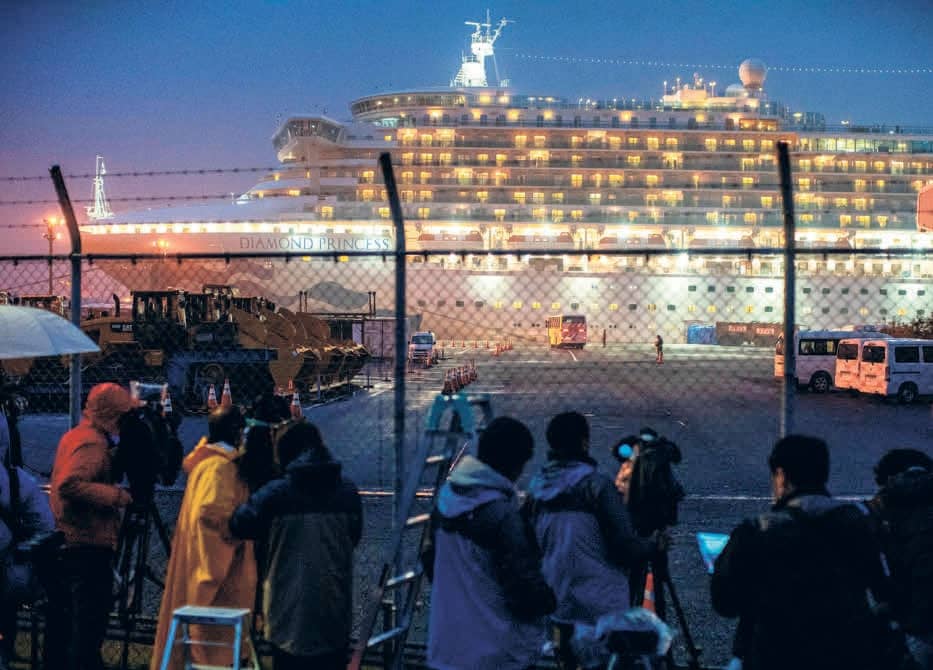 A couple of studies use naturally occurring control groups—passengers in the Diamond Princess and those who returned to Wuhan after foreign travel—and COVID-19 mortality data to calculate the Infection Fatality Ratio and with that work backwards to arrive at the true caseload in a country, which is far higher than the official numbers put out by countries.

THE LACK OF KNOWLEDGE ABOUT THE TRUE number of COVID-19 positive cases in any country or region seems to be the elephant in the room in the ongoing COVID-19 pandemic. The severity of any epidemic has two aspects: one, how infectious or contagious the causative pathogen—in this case, the coronavirus SARS-CoV-2—of the disease is; and, two, how dangerous it is; that is, how many in a cohort group of COVID-19 patients the disease will kill, and equivalently, what the chances are that a person who becomes positive for the virus will eventually die.

R0 is not a fixed number; it is a dynamic parameter that can be brought down by reducing the chances of the infection being transmitted from person to person by measures such as physical distancing among people, hygienic practices such as regular washing of hands, isolation of infected persons, self-quarantine and so on. Once R0 becomes less than 1, the infection spread will decline and eventually die out. Scientists estimate R0 by constructing models of transmission of infection in a given social setting.

The second aspect is intrinsic to the pathogen in a situation where there is no treatment for the disease or any degree of innate immunity to it in populations (as is the case with any new epidemic/pandemic such as COVID-19) and can be taken to be a constant factor across populations assuming country-to-country differences in health care settings to be not very significant. As is obvious, the number of deaths that is likely to occur for a given number of infections would be a measure of this. This is called the Case Fatality Ratio or Rate (CFR), which is the number of deaths divided by the total number of infections, generally given as a percentage. Of course, since the severity of the disease has been found to be age-specific, with the elderly being more susceptible, age-stratified CFR will be of more epidemiological significance. Also, CFR will be higher where the health care system is relatively poor, and less where it is otherwise.

As earlier mentioned, in any growing epidemic, the major epidemiological problem is that one does not have a handle on the denominator, the true caseload. Early on in an epidemic, the more severe cases tend to get detected and so the CFR will be high, which will decline as less severe cases, too, begin to get captured in the diagnostic testing network of the operative health care system in a given setting. But even in an expanded testing network, many cases could go under the radar because mildly symptomatic or asymptomatic cases are not likely to show up in hospitals and clinics for testing. That asymptomatic cases, and transmission of infection by them, do occur is now an accepted fact.