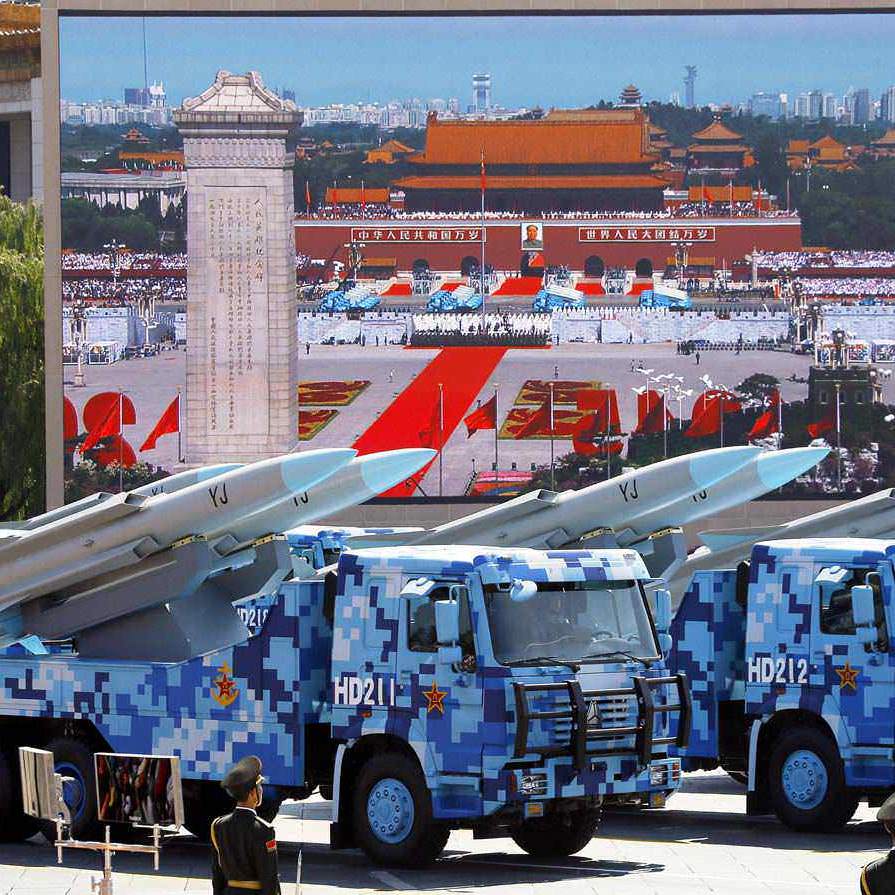 China showcases its military might in a stunning display of weaponry to send a message of deterrence to the U.S., providing alongside a glimpse of its aim to build a Eurasian world order.

China's perfectly choreographed military parade on September 3, to mark the 70th anniversary of the end of the Second World War, has been a major event in the country’s recent history. Like a typical Chinese hot pot, it contained several flavours—some meant for the palates of the external world, including an “Asia-pivoting” United States, as well as people at home, who are anxious to avoid the bitterness of a “hard landing” of a transitioning economy, under President Xi Jinping’s stewardship.

The stunning display of weaponry, mostly indigenously developed, especially the powerful missiles, sent an unambiguous message of deterrence to the U.S., which has amplified its China-containment strategy under President Barack Obama’s “Pivot to Asia” or “rebalance” military doctrine. 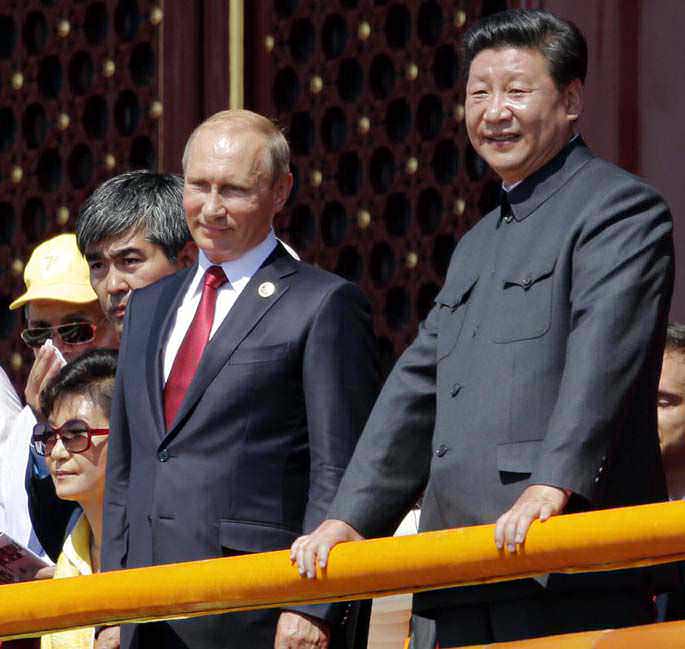 China’s anxieties have been fuelled by the presence of 360,000 personnel in the Asia-Pacific theatre under the U.S. Pacific Command. The command has also deployed 200 ships, which include five aircraft carrier strike groups, accumulating enormous firepower in the region, with China and North Korea as the core concerns. Eventually, nearly 60 per cent of U.S. forces will fall under the command’s wings as the “Pivot to Asia” unfolds. Japan, South Korea, Australia, the Philippines and Guam are playing an indispensable role in the U.S.’s complex force projection architecture under the “rebalance” doctrine. Beijing has responded to the “Pivot” by mounting an essentially defensive but unquestioningly potent response, which has its nuclear missiles at the core. Unsurprisingly, four Chinese missiles were the star attraction at the march past at Tiananmen Square on September 3.

For the first time, China rolled out its DF-21D missiles at the parade. These are unique ballistic missiles geared to destroy aircraft carriers, the centrepiece of the U.S. power projection capability in the Pacific. These weapons, capable of changing the strategic military balance of power in the Pacific, adopt a ballistic trajectory, and re-enter the atmosphere at ten times the speed of sound, breaching most, if not all known, warship defence shields.

An article in Financial Times published ahead of the parade noted that “some analysts say such missiles threaten to consign aircraft carriers—which form the basis of current U.S. naval strategy—to the dustbin, just as aircraft carriers themselves did to battleships with Japan’s 1941 attack on Pearl Harbour”.

With studied deliberation, the Chinese also showcased the DF-5B missile at the parade. The previous versions of the DF-5 were displayed in the past, but the maiden display of the DF-5B had an exceptional significance, attributed to its advanced warhead. The DF-5B mounts a multiple independently targeted re-entry vehicle (MIRV) warhead—a major technological breakthrough, which has been achieved by only a handful of countries. In plain language, the MIRV missile can deliver independently several warheads that pursue several targets simultaneously. Thus, the destructive power of a single missile is multiplied because it can attack many targets at the same time within its “footprint” area.

The Chinese seemed to have worked hard at their second strike capability—an ability to counterattack with atomic weapons after absorbing a nuclear first strike. The mobile solid-fuelled DF-31D missiles, capable of escaping destruction on account of their mobility, were rolled out at Tiananmen Square.

The parade, however, did not demonstrate the full extent of China’s advances in acquiring the potency of a second strike with the induction of nuclear-powered submarines and weapons. Now, each of China’s JIN class of submarines can now each mount a cluster of 12 JL-2 missiles, with a strike range of around 7,350 kilometres. China has three JIN-class nuclear-powered submarines, which entered service in 2007. Despite their fairly high noise level, the JIN class submarines and their nuclear strike component give China a credible second-strike capability.