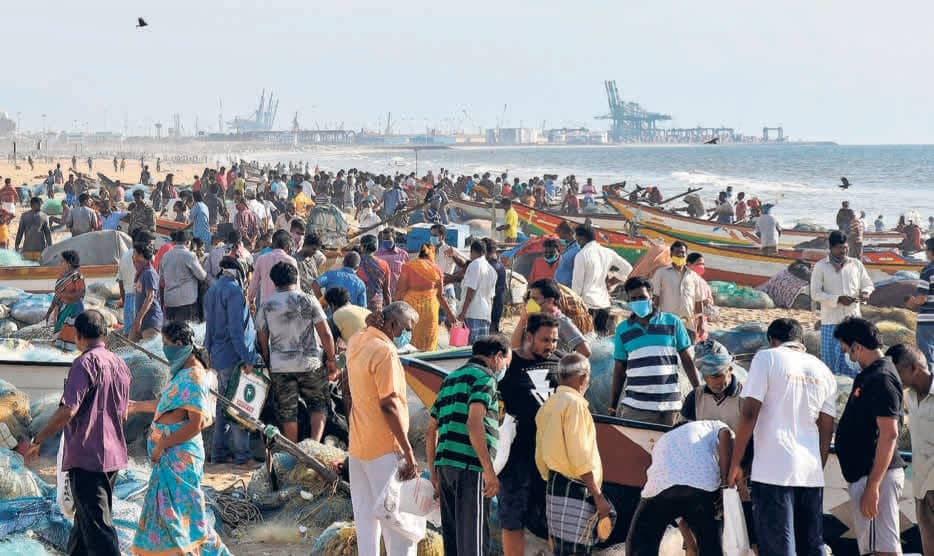 Despite posting impressive recovery from a sharp spike in COVID-19 cases, Tamil Nadu is worried about losing a battle as lack of adequate testing kits has hampered aggressive testing during the lockdown.

AS ON APRIL 20, TAMIL NADU RECORDED 1,520 positive COVID-19 cases, which included 33 children below the age of 10. Seventeen deaths were reported until April 20, which works out to a case fatality ratio (CFR) of 1.1 per cent against the national ratio of 3.34 per cent. As many as 457 persons who tested positive have recovered, for a recovery ratio of 30 per cent.

Calling the virus an “imported infection”, Chief Minister Edappadi K. Palaniswami claimed that due to sustained and dedicated efforts of the government, the infection ratio had started falling from its steep jump mainly from a “single source”. “In the past three days, i.e, from April 14 to April 16, we have been seeing less number of positive cases,” he said. He said confidently that in another four or five days the State would achieve “zero positive”.

His heightened optimism seems to have stemmed from an impressive list of details and statistics he was given and which he shared with the media on April 16. The Chief Minister told the media that his government had upped the ante against the virus from the last week of January itself on multiple fronts. It had stocked adequate quantity of medicines and emergency equipment. It had also augmented its health care infrastructure besides adding additional services such as isolation wards.

Surveillance at airports was put in place on January 23 though the first infection was reported on March 7. Subsequently, on March 15, places of public congregations such as malls, cinema halls, places of worship and educational institutions were closed. A prohibitory order under Section 144 of the Criminal Procedure Code was promulgated on March 23, a day ahead of the first nationwide 21-day lockdown announced by the Centre, he said.

The Chief Minister has entrusted the task of dealing with the emergency situation caused by the pandemic with a 12-member Task Force consisting of senior Indian Administrative Service (IAS) officers headed by Chief Secretary K. Shanmugam.

A senior bureaucrat at the State Secretariat said there was no interference with the team’s work. “The Chief Minister listens to them, consults them and makes suggestions, if any, to them,” he said.

Besides, a 19-member medical expert committee has been formed to offer medical and technical suggestions. Multiple sub-squads, headed by bureaucrats and police officials, were formed to monitor other related works in all districts.

More than 500 doctors, 1,000 nurses and 1,500 medical technicians were appointed on a priority basis to bolster the public health system. Special incentives were announced for those working in the front line of the battle against the virus.

The Chief Minister said the State had 3,371 ventilators, of which 2,501 were in government hospitals. It was in possession of 65 lakh three-layered routine masks and three lakh N95 masks and two lakh units of personal protective equipment (PPEs). A total of 1.95 lakh reverse transcription-polymerase chain reaction (RT-PCR) test kits were available, of which 68,000 were disbursed to the districts.

Tamil Nadu received 24,000 rapid test kits on April 18 as the first instalment (from China), and an additional 12,000 kits from the Centre. The test kits were sent to Erode and Coimbatore zones immediately. Testing commenced in Chennai, Coimbatore, Salem and Erode under the first phase.

Health Minister C. Vijayabaskar and Health Secretary Dr Beela Rajesh share the Chief Minister’s optimism. They maintained that Tamil Nadu was still in stage II of the pandemic and had not entered the community spread phase. After the “single source” spike, Tamil Nadu started recording fewer number of positive cases, suggesting that the State is yet to reach its peak load, which can occur only when the community spread starts. Vijayabaskar said, “We are prepared for any eventuality.” The State has 33 laboratories with a combined testing capacity of 6,000 a day. Its hospitals, both government and private, have 29,074 beds.