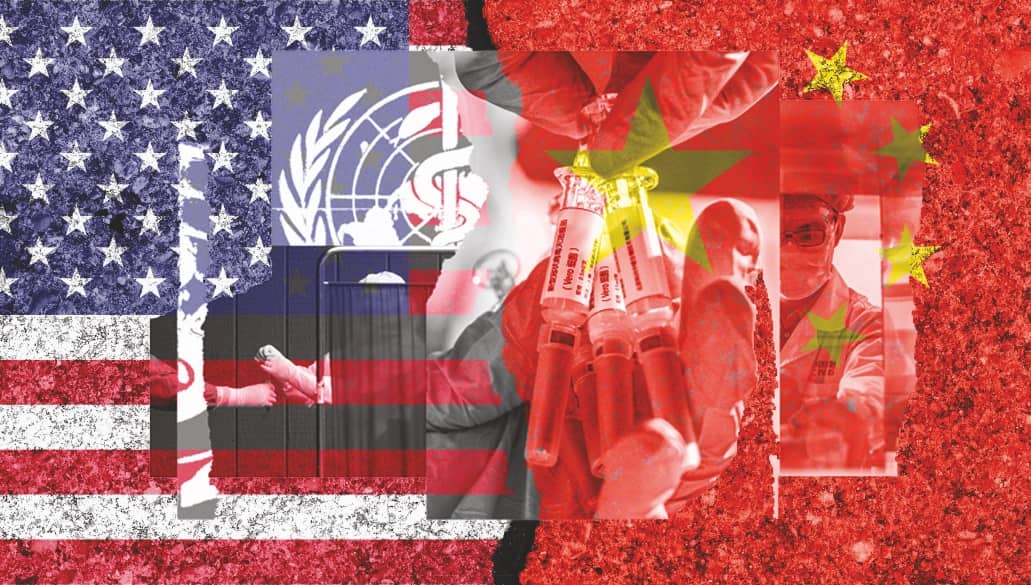 As the COVID-19 virus continues to kill thousands and wreak dire economic havoc, the world has sorely felt the lack of global health governance, cooperation, and coherence in managing the pandemic.

It is a catastrophic failure of public health leadership. In this condition of global misery, leaders of the world’s two superpowers – US & China have been trying every tactic in their books to divert attention from the pain of the crises and the mistakes made by them that exacerbated it. In the midst of their quest to propagate conspiracy theories against each other, the World Health Organization (WHO), with its mission of improving people’s lives through responsive healthcare, floundered in its very role to provide public health leadership to the world, getting caught in the Sino-US crossfire.

According to a 2014 reform document of the WHO, it’s “primary role is to direct and coordinate international health, in order to provide leadership on matters critical to health; shape the health research agenda as well as define norms and standards for health”. At the Sixty-fourth World Health Assembly and the Executive Board’s 129th session, two out of WHO’s three objectives were defined as, “providing greater coherence in global health, with WHO playing a leading role in enabling the many different actors to play an active and effective role in contributing to the health of all peoples; and to be an Organization that pursues excellence; one that is effective, efficient, responsive, objective, transparent and accountable”. The question to ask is Where, then, is its leadership?

To deflect attention from his pathetic handling of the COVID-19 outbreak, US President Donald Trump recently halted the US funding for the WHO. The announcement came at a critical junction as the world is fighting tooth and nail to curb the global pandemic. Trump assigned the blame on the WHO for being unduly influenced by China and its delay in declaring COVID-19 as a global pandemic. It is, however ironic that the President and his team are criticizing the WHO for being soft on China while it was Trump himself who was praising Xi Jinping for the handling of the virus during the early days of the crisis. On January 24, Trump had tweeted: “China has been working very hard to contain the Coronavirus. The United States greatly appreciates their efforts and transparency. It will all work out well. In particular, on behalf of the American People, I want to thank President Xi!”