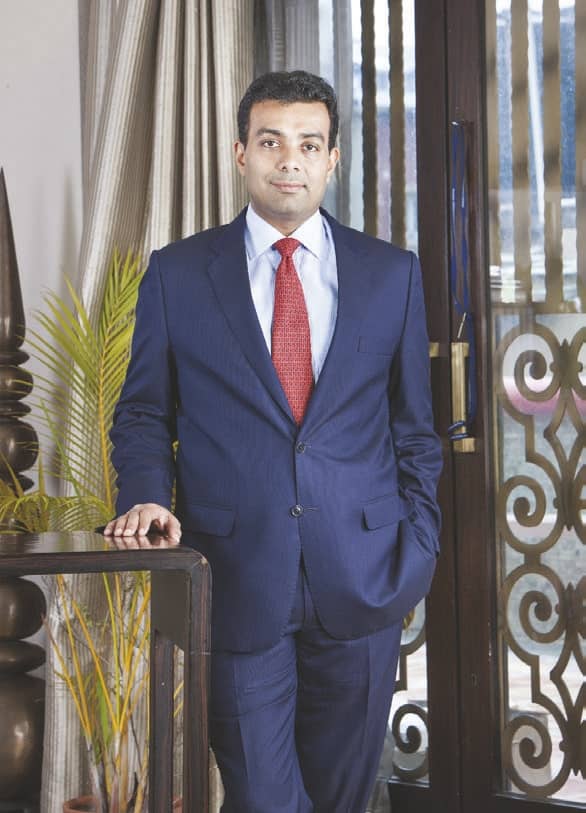 Prime Minister Narendra Modi recently announced the Government’s plan to chip in `100 lakh crore towards the creation of infrastructure in the country. On these lines, please share with us your opinion on the opportunities evolving from the infrastructure sector?

Hon’ble Prime Minister, Narendra Modi on his Independence Day address has announced that the government will invest ` 100 Lakh Crores on developing modern infrastructure in the next 5 years. This will go a long way in helping to double the size of the Indian economy to USD 5 Trillion by 2024. The government is planning to invest about ̀ 100 Lakh Crores in building modern ports, highways, railways, airports, urban infrastructure, hotels, education institutions, and other social infrastructures. Further, Hon’ble Finance Minister, Nirmala Sitharaman has announced about setting up a task force which would help in identifying viable infrastructure projects that can be started in 2019-20. The panel would also list the projects that can be included in the pipeline for the next 5 years. The above measure would unleash huge opportunities for the construction companies across all sectors and the companies would be able to quickly build up a large order book. The challenge for the construction companies is to rapidly scale up their execution capabilities so that they can effectively execute the large order books that are being anticipated owing to this landmark initiative.

Being a multi-faceted player contributing towards the infrastructure sector, point us out the growth factors benefiting your business operations? How has been the fiscal so far your company and outline few of the major achievements?

In the Urban Infrastructure sector, huge opportunities are emanating from metro rail system being put up in the various urban cities. In existing and new cities the urban infrastructure is being both upgraded and developed under Jawaharlal Nehru National Urban Rural Mission ( JNNURM) covering 63 cities with USD 15 Billion plan outlay in the next seven years.

In Building and Housing sector, rising income and living standards are helping to generate more demand for housing. The Government’s affordable housing programme has also boosted the demand. The expected annual construction in the next few years in the housing sector would be about USD 60 Billion.

The revenue in FY 2018-19 was ` 6153.37 Crores and the PBT stood at ` 183.7 Crores representing a growth of 22% over FY 2017-18. During the year 2018-19 the Company faced some disruptions caused by the implementation of GST as well as bottlenecks in some projects owing to delayed customer payments, land acquisitions and site clearances.

What makes Simplex Infrastructures Ltd a one-of-its-kind expert in the infrastructure segment?

Simplex Infrastructure Ltd. established in 1924 is one among India’s top 5 infrastructure / construction companies having executed over 3000 projects. Mundhra family took over the Company in 1947 and it has grown at 16% CAGR over last 72 years. The Company has completed projects spanning almost all the gamut of the construction industry. The Company has presence across all construction verticals – ground engineering, industrial, building and housing, power – thermal, nuclear and hydel, power transmission, marine ports, roads and highways, elevated road and rail corridors and urban infrastructure – airports, metro rail, sewerage and utilities.

The Company has been associated with some landmark projects of India, such as Supreme Court of India, West Bengal Assembly Building, St. George Dock in Mumbai, Salt Lake Stadium in Kolkata, 12 Kms PV Narsima Rao elevated expressway connecting airport to city in Hyderabad (the longest elevated expressway in the country), Eastern Express Freeway in Mumbai, World One in Mumbai (India’s tallest residential structure) and the campuses of IIT, Guwahati and IIM, Indore.

The Company is spread over 8 countries across 200 sites supported by plant and machineries of over ` 3071 Crores. The Company has set up its first foreign office in Sri Lanka in 1980 and expanded its footprints to Africa, Middle East and SAARC countries. Overseas projects range from hotels, residential and commercial buildings to flyovers, power plants, marine works, sports complex, road projects and desalination plants.