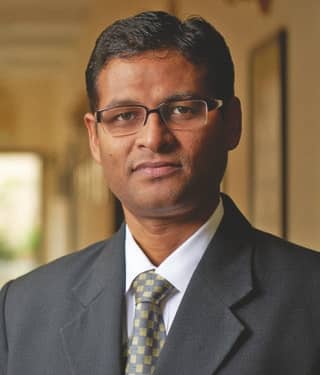 We, as an OEM, observed a growth of over 30 per cent as an average across all products and segments, says PUNEET VIDYARTHI,Brand Leader, CASE India

In your views share with us your assessment on the opportunities the year offered for CE segment.

This year came with its share of ups and down in the construction equipment sector. Significant progress has been made in the sector in terms of government providing a lot of opportunities, for example, building rural roads since last few years. The important announcement made by the government for construction of 1,25,000 kms of roads under Pradhan Gram Sadak Yojana under Phase III at an estimated cost of ₹ 80,250 crore has had a positive impact on the CE segment.In a bid to further give a push to the country’s infrastructure, the government has set up a task force to draw up plans for building infrastructure worth ₹ 100 lakh crore ($1.4 trillion) over the next five years. The NHAI has been spending nearly ₹ 70, 000 crore annually on road construction; NHAI is also trying to involve private investments to improve the sector’s crises. With aiding steps taken to improve the sectors monetarily crises we expect some stability in the demand in near future. So, a fair share of opportunities was given by the government this year for the commercial equipment sector and we praise all the efforts taken up by them.

Give us an assessment on the demand-supply scenario. How much has the situation improved in regards to clearing of the stock-loads?

Well, with the construction equipment sector facing its down phase, the demand and supply of the equipment became certainly slow. It was not that productive of a year when it came down to clearing of the stock loads. Post elections 2019, the industry witnessed a major downfall due to not-enough circulation of money in the sector, but the upcoming projects announced by the government came to the rescue for these roadblocks in the demand and supply scenario. Nevertheless, the demand and supply didn’t come to a complete halt, we at CASE India as an OEM observed a growth of over 30 per cent as an average across all products and segments. With the past two year’s robust performance (since 2016) in construction sector, CASE India had grown in sync with the industry with ruling the compaction segment market. CASE along with other OEMs have faced a shortage in demand of CE and is hoping for reversal of fortunes with aiding steps taken in regards with CE industry.

Which has been the major demand puller for the sector in the year 2019?